New to ProjectPuma? Just got your first Puma? Looking to buy? This is the place to introduce yourself!

Greetings folks, been looking around this forum for a while now whilst on the hunt for a puma and ended up finding one just 2 miles from home! It's to replace my current daily driver but is uuh... Not quite in a driving state yet? Previous owner has pinched a few bits off it to fix up another puma of theirs. In light of these missing parts and rust of the arches we settled on a price of £150 which seems like a steal to me even once i've added on the cost of all the required parts! Have the facilities to carry out any work required to fit/repair parts so labour cost isn't factored in.

About the puma itself, she's a 2001 1.7 puma in panther black (I think? metallic black) with 109k on the clock at the last MOT. Both rear arches have done "the puma thing" and the sills are doing a similar job where the bottom rear of the door meets it. Rest of the bodywork is in pretty good shape for the age with only minimal bubbling in other spots and a single dent towards the bottom of the passenger door, boot floor being absolutely pristine!

Parts that have been pinched are as follows:

- ECU (i still have 2 functional keys, one of which is the red master key, the other a regular key with working central locking buttons)
- Driver's side window mechanism/motor
- One of the 9 spoke alloys (already found a pair of alloys fairly local to me which I'm picking up tomorrow!)
- Indicator/light control/hazard button unit

We just towed her back home this morning and have given it a quick clean and once over, will be going through it a bit more thoroughly after picking up those wheels tomorrow.

Issues we know of, besides those missing components, are as follows:

- Severely rotten rear arches (not a worry at all, been in the car restoration industry specifically on the metalwork/fabrication side of things so I can knock up some replacement panels fairly easily and have a coworker to do the required bodywork and spraying)
- Rear beam bushings were an advisory on the last few MOT tests so will be doing them regardless
- Front discs are extremely pitted and worn
- Front light lenses are very faded and milky but will hopefully come back up with some elbow grease
- Bonnet doesn't actually close fully, the bonnet relase under the column doesn't reeeeeeally feel like it's connected to anything although you can see the cable wiggling back and forth ever so slightly when moving the release lever
- Cracked windscreen on the passenger side, possibly minor enough to get it on the road temporarily but will 107% need to be replaced before it's in daily use

Would love some pointers from folks regarding which direction to take with getting a new ECU sorted with functional keys/transponder etc as this is all fairly new stuff to me! 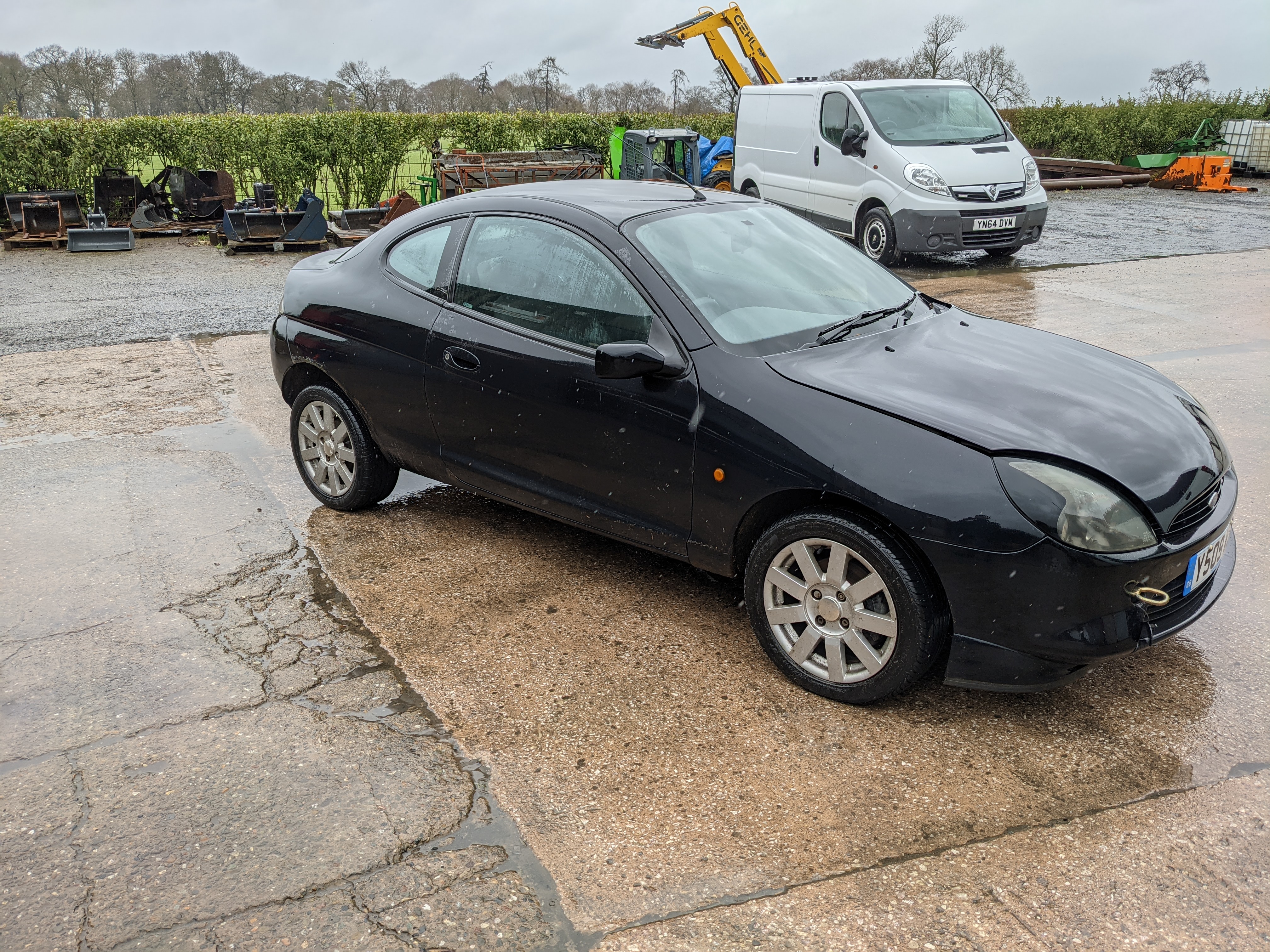 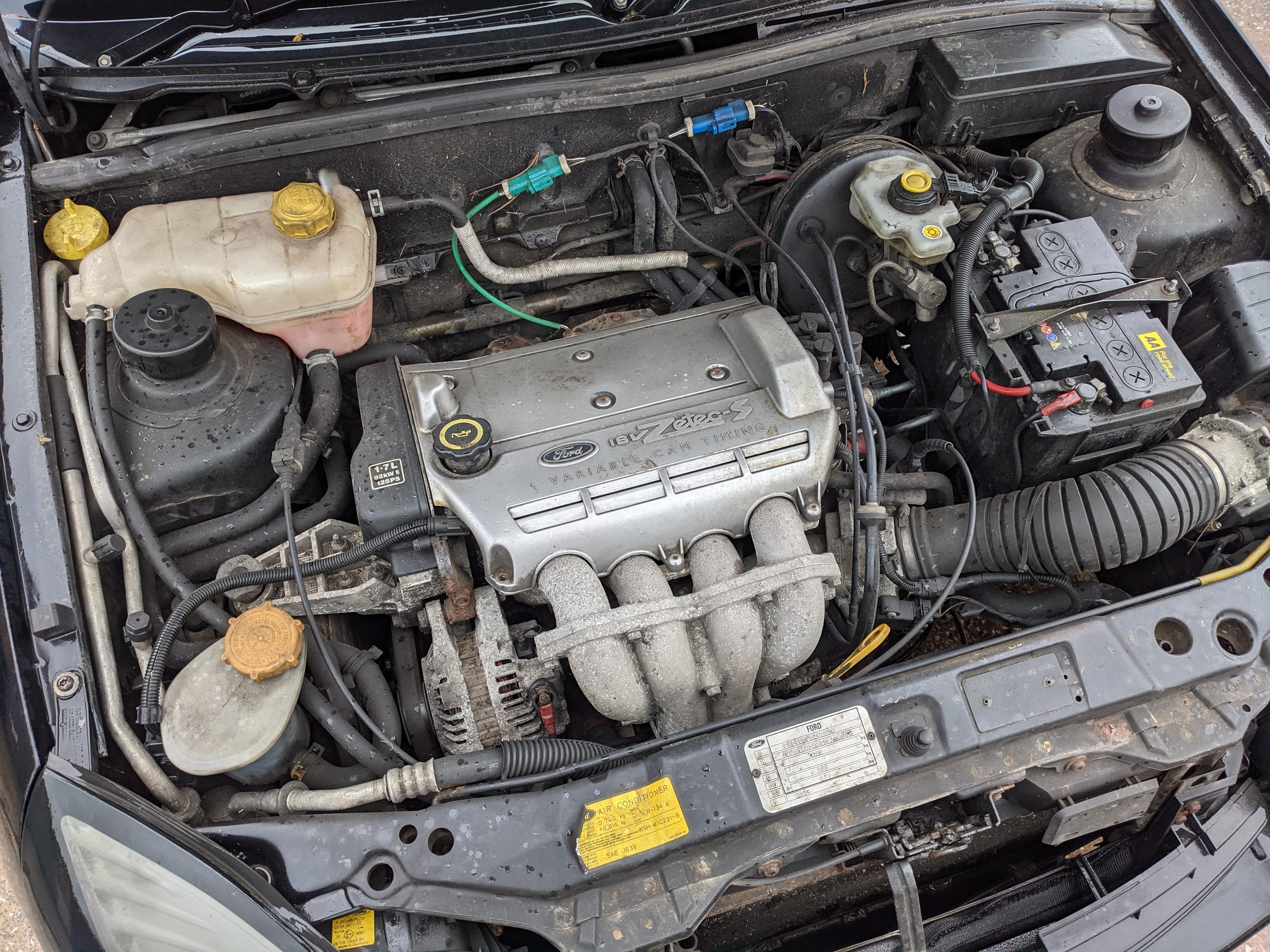 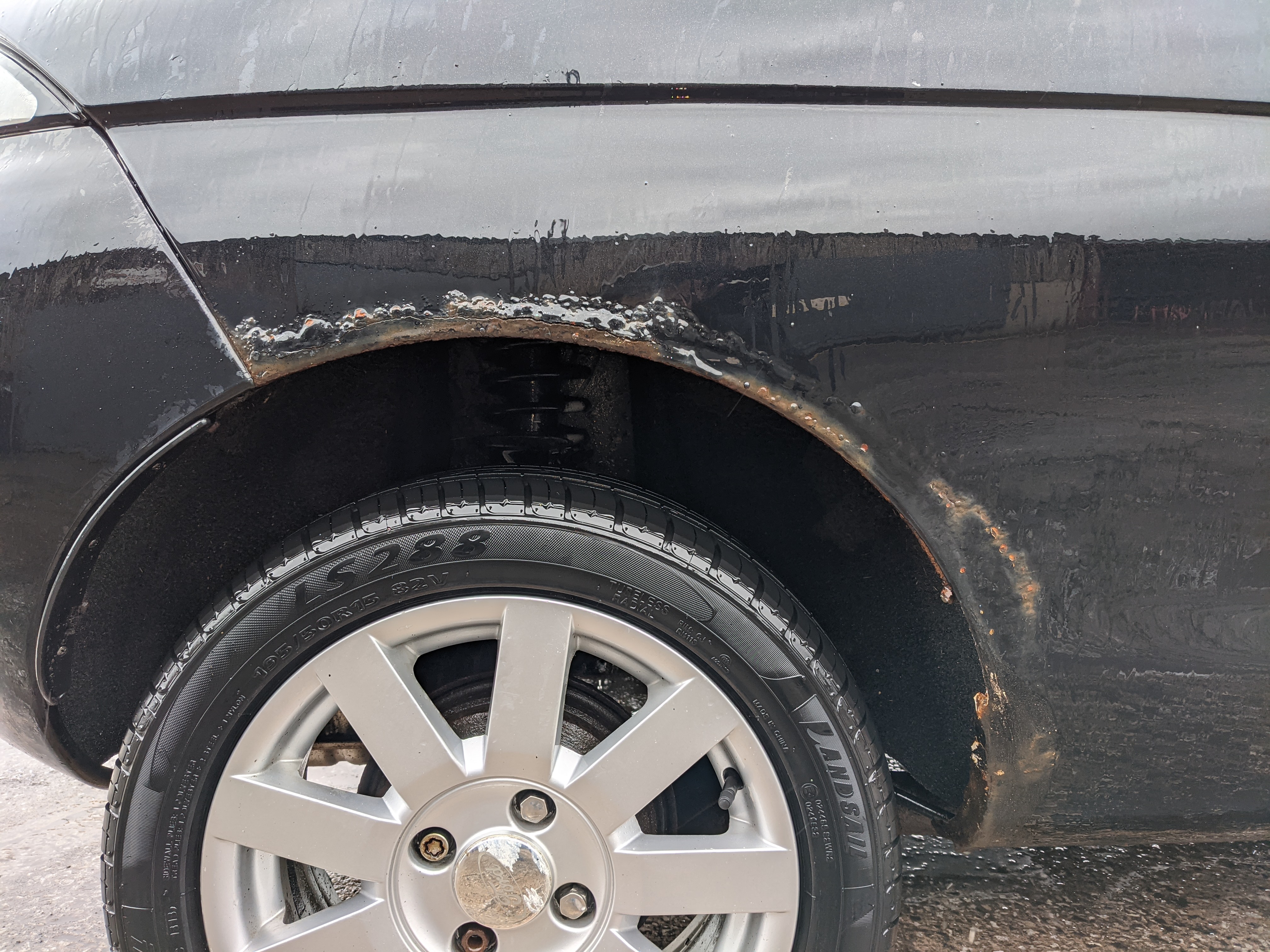 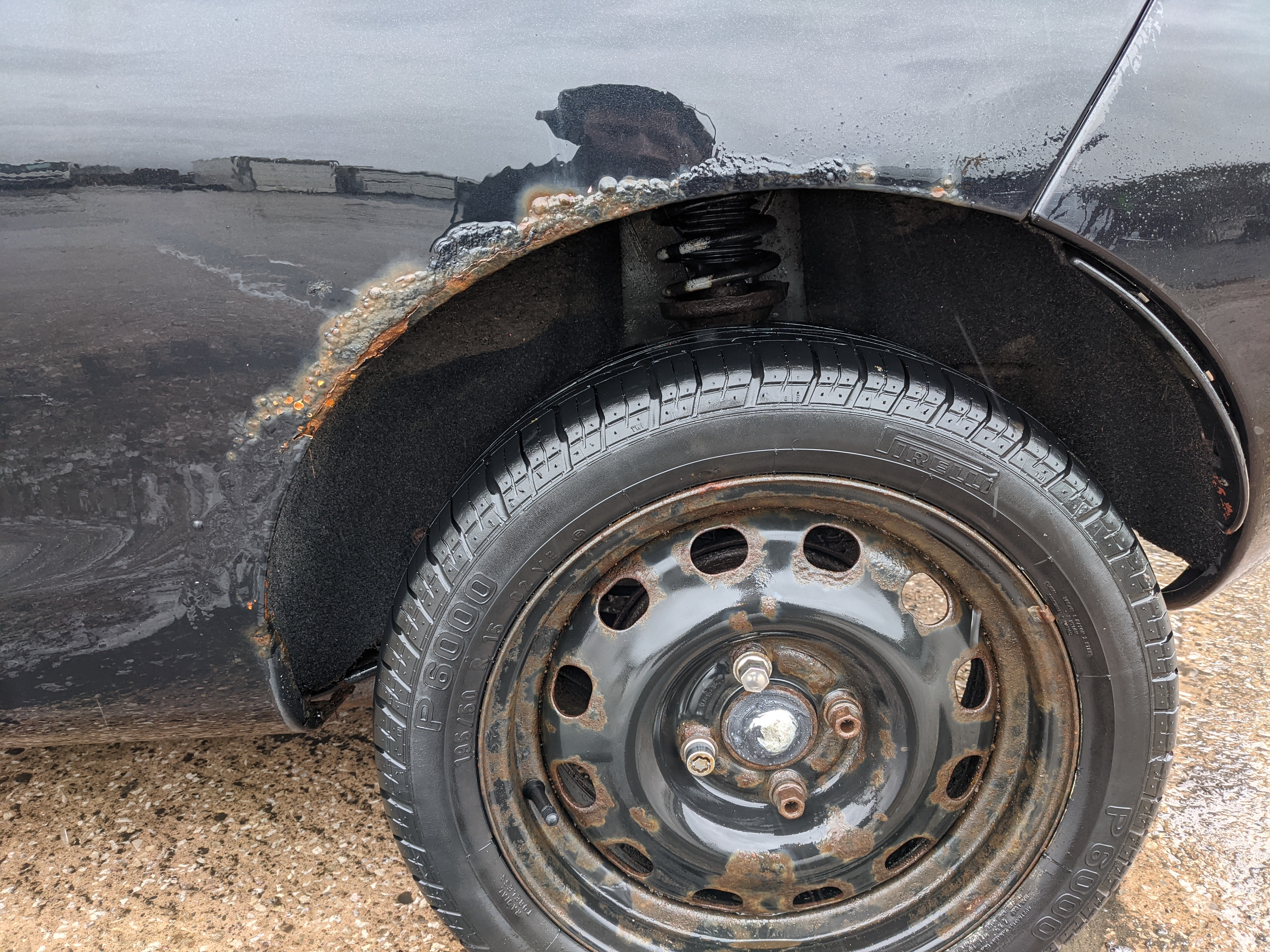 Will be posting updates tomorrow once we've got her on the ramp and had a much closer inspection, any things to watch out for in particular or general comments are appreciated!
Last edited by Cherie on Sun Feb 21, 2021 7:43 pm, edited 1 time in total.
Reason: fixed the image links
Top

Technically holding up my end of the bargain with update being sunday! 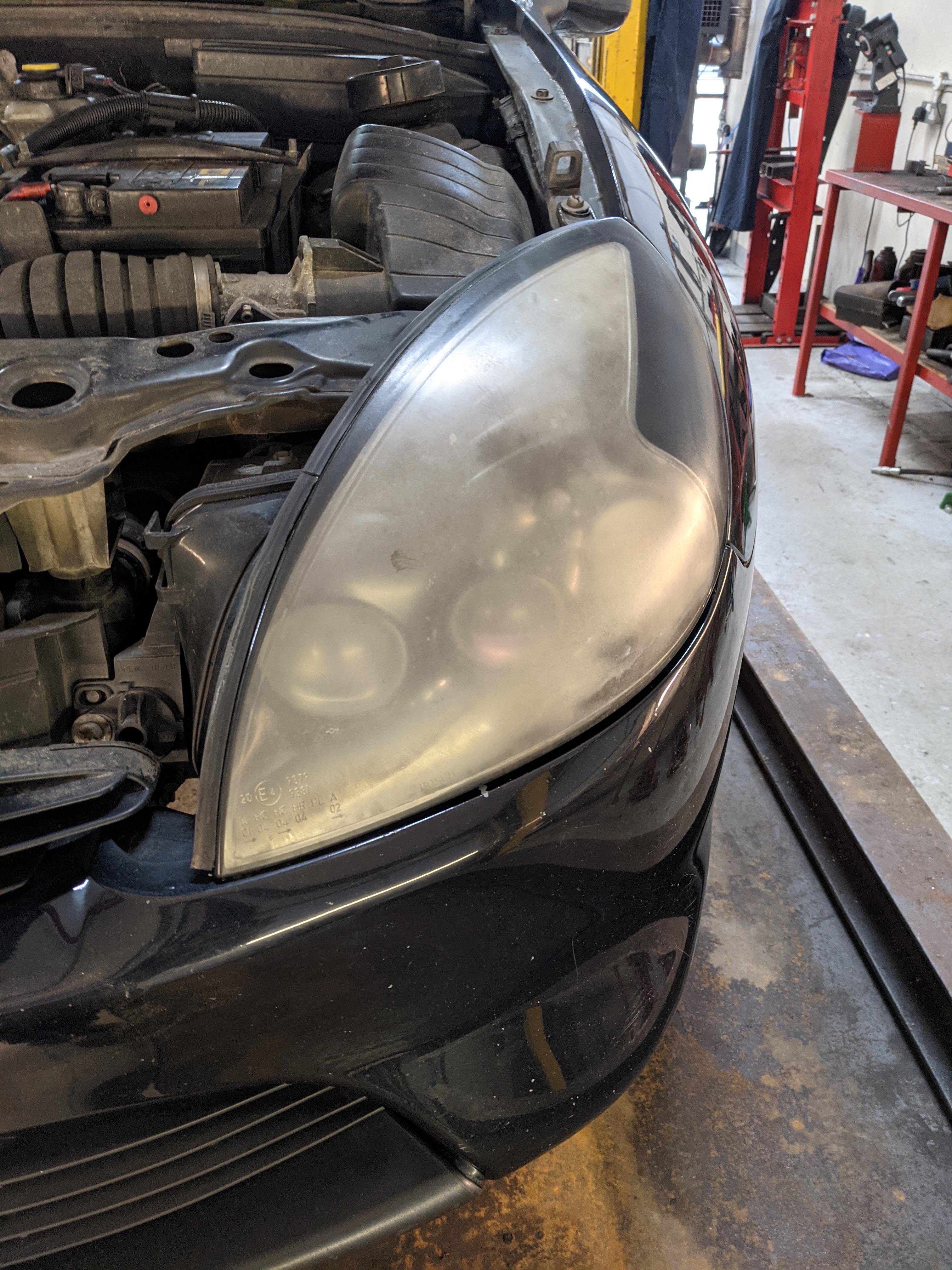 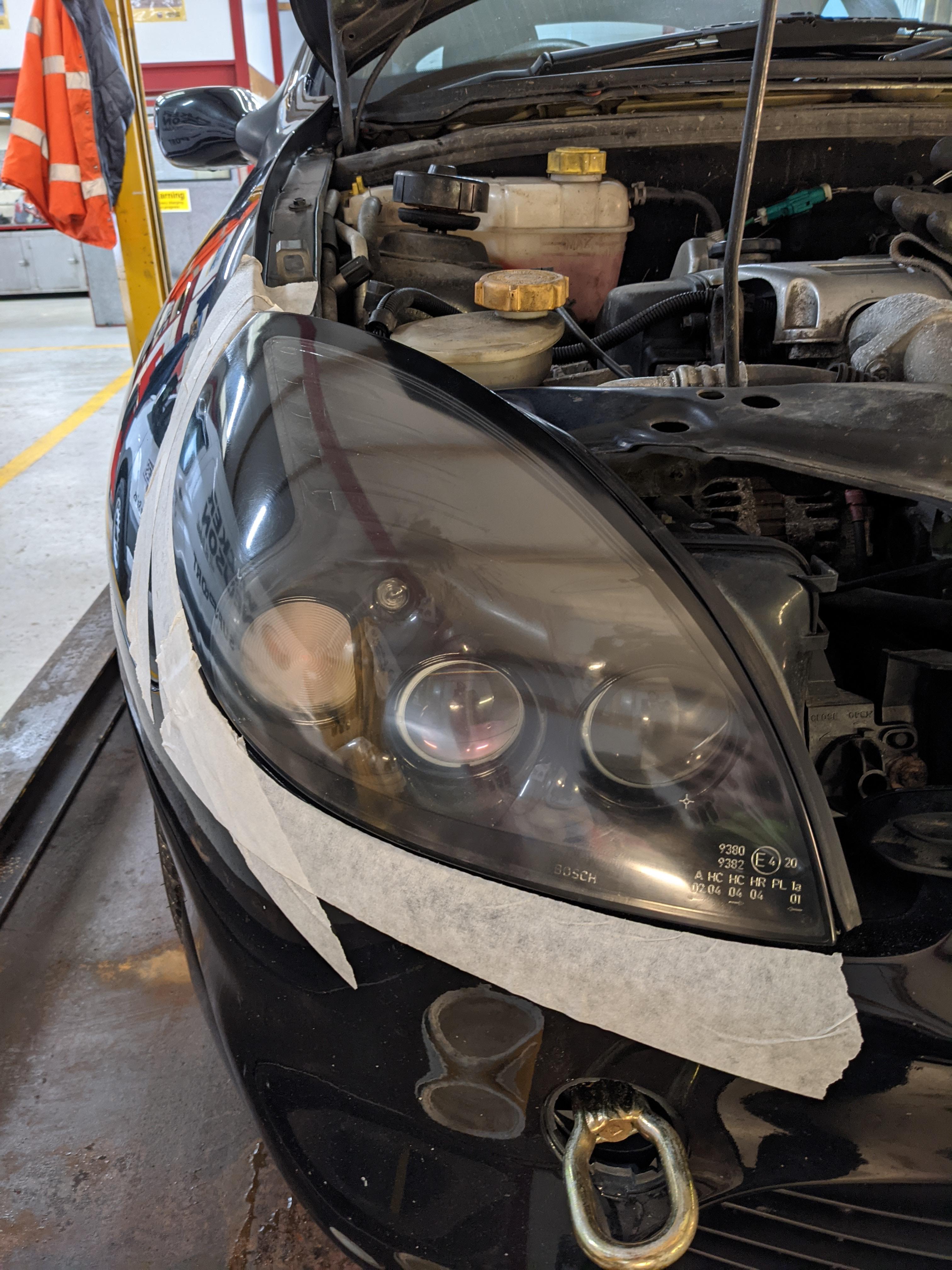 Before and after with the headlights, need to do a few more passes I think but it's a massive improvement! 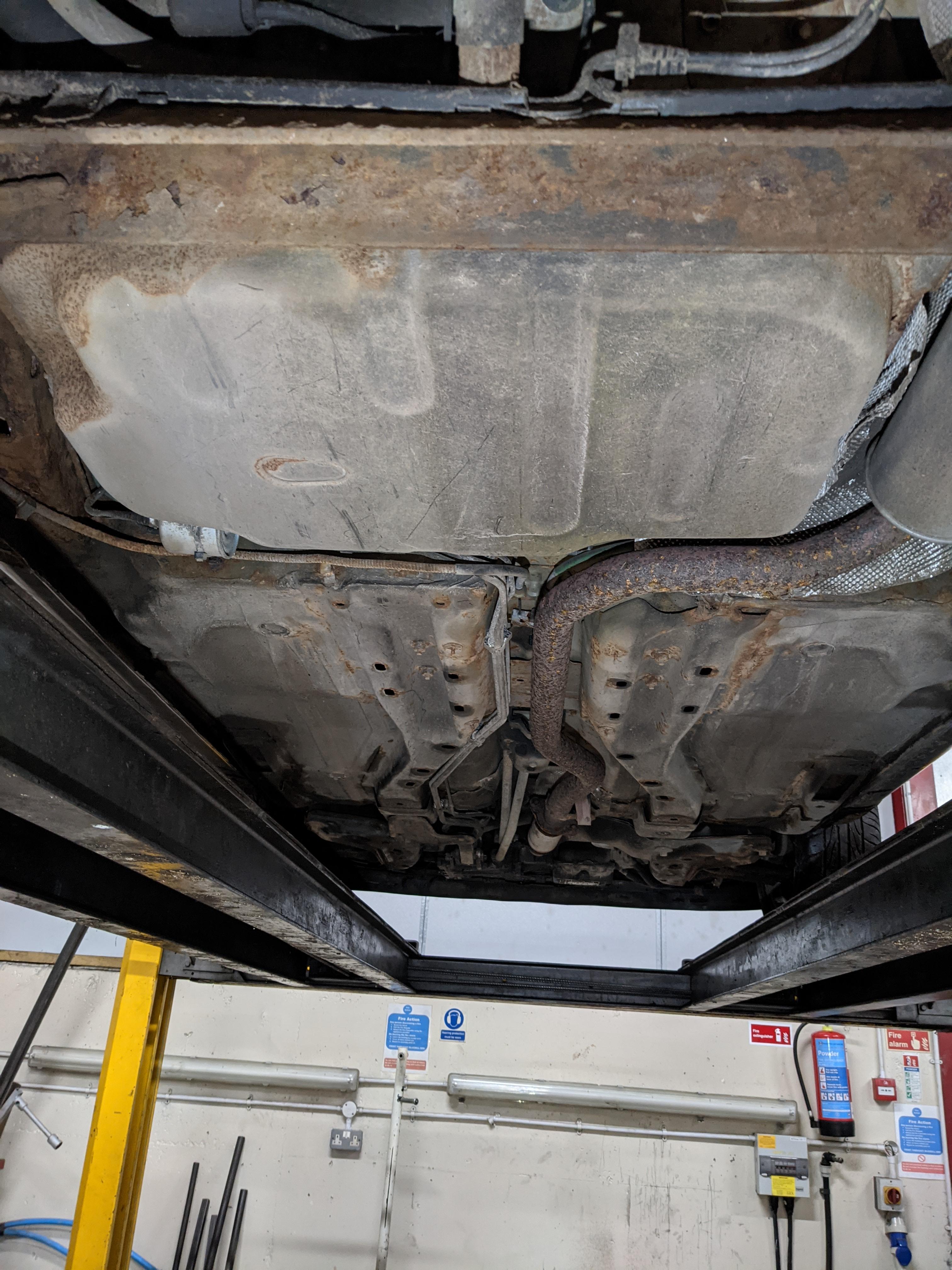 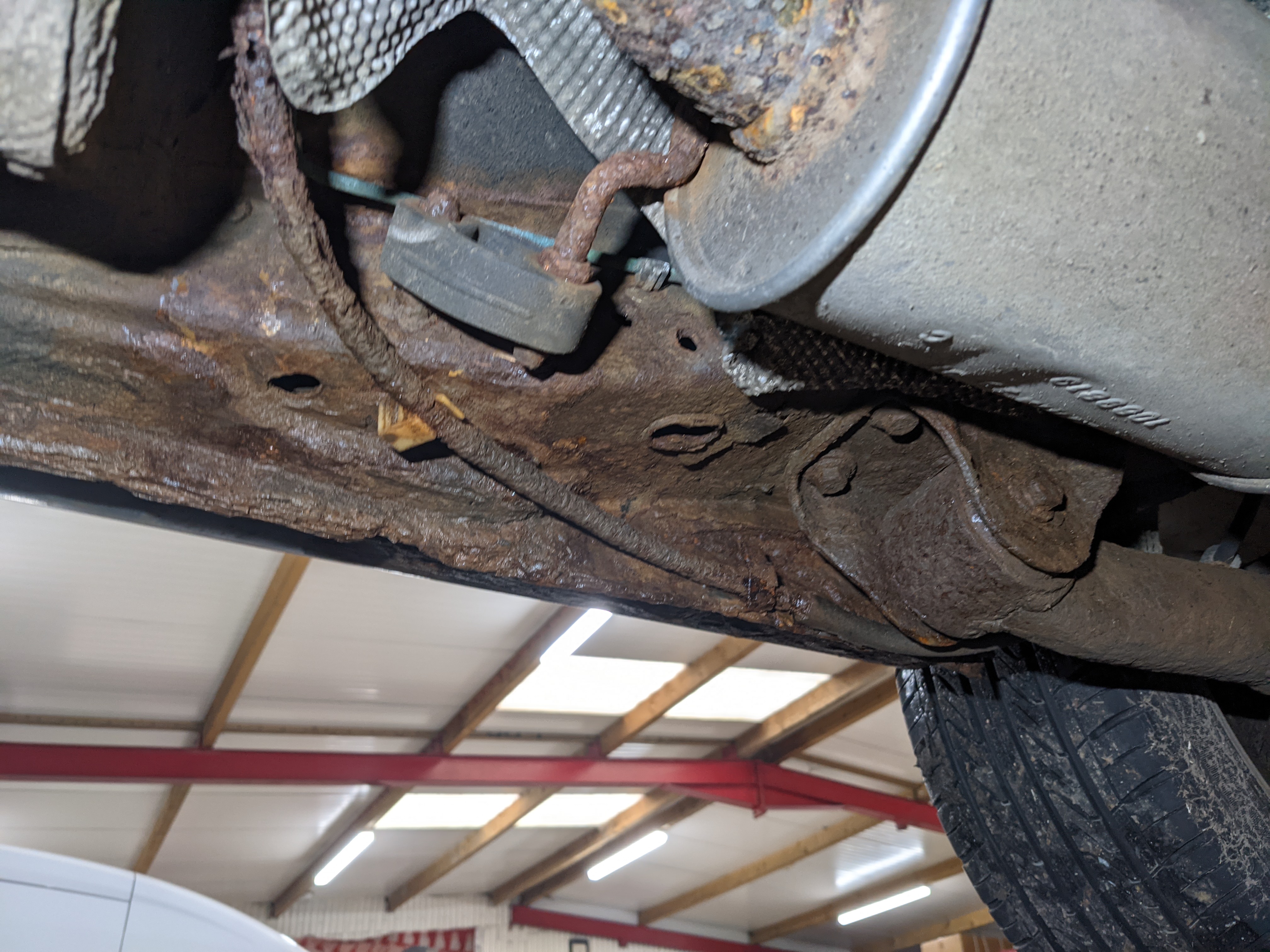 Couple of pics of the underside, not bad for a 20 year old ford with zero waxoyl/underseal! Nice to be able to see what I've actually got to deal with, which actually doesn't seem like much. Will wire brush any loose crud and properly treat/seal rotten spots whilst i'm tackling the arches. 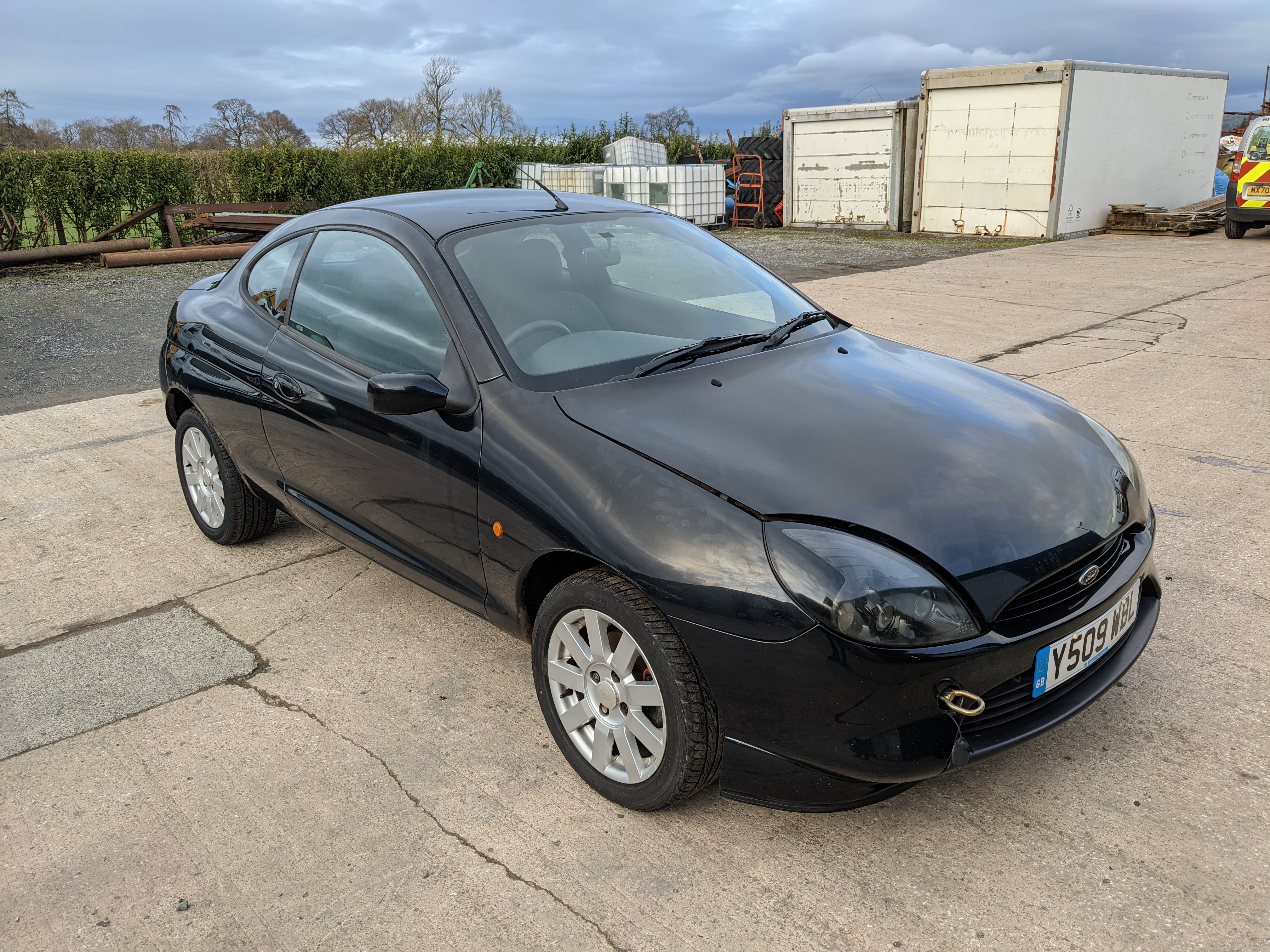 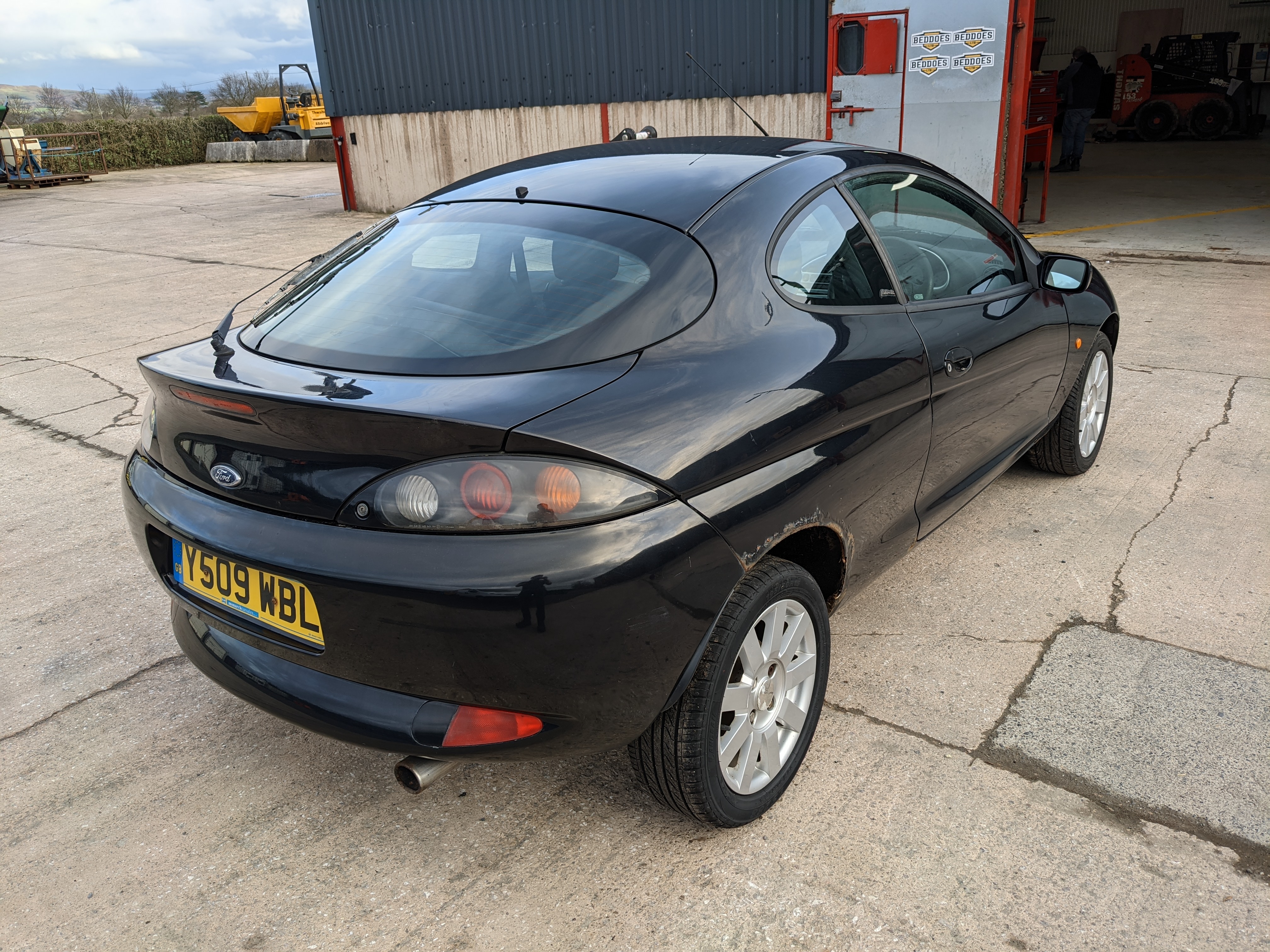 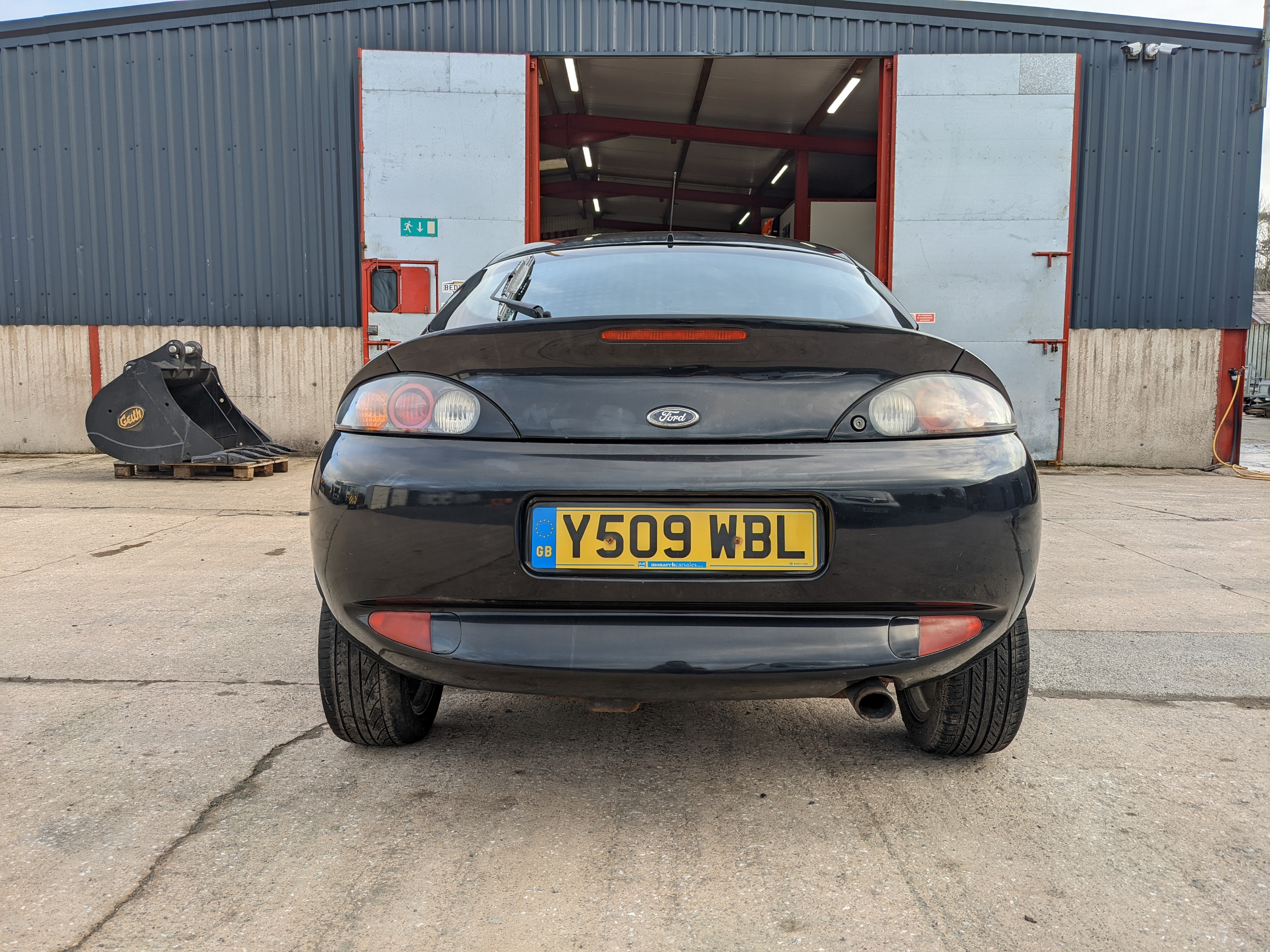 Few more pics of the outside now that it's dried off.

Didn't really get a chance to have a proper deep clean like I'd hoped but I'll get around to it. Biggest concern right now is getting the ECU shenanigans sorted!
Top

You need a 'DIVE' ecu, have a look on eBay.
Make sure you get a key fob or chip with it. It's quite important that you get the DIVE version if you want a straight forward fit.
Top

Welcome aboard. You certainly have your work cut out there. It's good that it will be saved and not head for the breakers yard.

I know that it's possible to get things all matched together after the fact but don't know the specifics or the costs involved. Anyone offer some input here in case none with chip included show up in the timeframe I would like?

With only about 2.5k of the 1.7 left on the road it'd be a shame to let her go to the car park in the sky, happy to keep her going for a good few years more!
Top

Try Chris at Lightening Motor Sport Essex. I have had work done by him. I can recommend. He did a remap which entailed swapping out my ECU so I know he does have some spares.

Have given Chris a bell over at Lightning, very quick response from him! Will do a bit of back and forth and can fingers crossed get something sorted

many thanks for the recommendation Richard
Top

I swapped out my “dive” ecu for an “FRP” one. I think I still have it stored in garage if you are interested? It has 2 transponder chips as well so would fit straight in and just put the transponders in your keys ...... come to think of it I also have a std mapped “tape” as well.
Who knew owning a cat becomes and obsession!!
Top
9 posts • Page 1 of 1