My name is Brian. As of writting this I'm 17 years old I'm from The Netherlands. As my first car I bought a Ford Puma. It is a Moondust Silver from 07-15-1998. It has the 1.7L engine.
When I first got her I gave her a full service at a local garage, which included new discs and pads, they also changed the handbrake cable which didn't do anything according to them. After they solved these things I asked them to give it a new MOT which was also needed, After all the work they did it passed with flying colours.

However they told me if I wanted to drive it for a few more year I should look into the rust it got, Especially on the sill, Arches aren't that bad one side has bubbles the other one has no sign of rust.

Things I would like to improve/need to do will be written down below, This list will either grow or decrease over time. I will try to update this as much as possible to make it orderly

After a few months of lurking on this forum I decided to make my own project thread to keep all of you up-to-date, I will try to update this thread as I go along, Hopefully I'm able to post as much pictures as possible so that there is more to enjoy that words.

Lets start, This is when I bought her. I have to admit, for the price I paid it is a pretty solid car. But it has it's problems. The driver side window (left side here) goes up badly, You really need to help it up otherwise it won't shut, I've tried some WD40 inside the sliders and it does go better, However it might be the window rubbers that goes above the window as that's badly corroded where the window shuts.:

Mats (It didn't came with mats)

Puma logos on the 1/4 windows

Rubber frontlip (This one was missing)

ProjectPuma.com stickers for the 1/4 windows

Borbet Type E 15x7J with the Uniroyal Tyres from the Propellors

Retrim rear seats so they match the front seats

Re-weld the seat rails to make it lower and centered.

Photos of the finished modifications:

Will be doing most of the things myself, Expect for things I'm not capable of (such as clutches and so on) I would really like to do most things myself, but having a dad that doesn't like that I don't always have the choice. I've never done anything like this before so I may make a few mistakes in the process, But it's a learning curve which excites me.
Hope you all like it. I'll keep you updated

Last week I've wet sanded my headlights. They were really blurry so I decided (after gathering some information on the internet) to wet sand them. I used 600 grid and 1200 grid. After that I've polished them with Meguiars PlastX and waxed them with TurtleWax.

Here are some pictures:

They were this blurry:

Result(Photo made with my phone so I may not look like a clear headlight):

Today I've been busy washing the car. After that I've waxed the whole car.
It was my first time waxing a car. Whole process took about 2 hours (my Dad was helping me

A Puma wrote:
QUESTION: Now I've removed the UV-layer. Is it possible to buy a new UV-layer. Because otherwise they will be blurry again in 2-3 months.

You can buy a clear laquer with UV protection. I think I saw Würth has something like that in their portfolio. Or any other would do I guess....

Or just go for this:

Might try the Wurth Polymer Surface Protection. This looks really professional! Any idea where I can order this here in The Netherlands?
0 x
Project Smurf Blueish - http://www.projectpuma.com/viewtopic.php?f=64&t=22261"
Top

In Croatia Wurth has its own store where you can buy all the stuff they produce.....
My guess would be something similar exist in Netherlands

Got these in the post today.. Will probably fit them over the weekend.

That's it for now

Had some time so I've fitted them.

Promoting ProjectPuma here in The Netherlands

how the hell did you take that headlight cover offf????
0 x
Top

Qwertben wrote:how the hell did you take that headlight cover offf????

You have to heat the glue. After that you can pop it up with a screwdriver. You do need to be very careful though and need some patience.
0 x
Project Smurf Blueish - http://www.projectpuma.com/viewtopic.php?f=64&t=22261"
Top

Well done on all the work so far. Mostly subtle things but I like your attention to detail.

Hope you put your lights back together well as it may cause more condensation in the future as it happens anyway. I just cleaned the inside of mine while it was still one piece and managed easily enough.

Keep up the good work

New steering wheel (Maybe a Zetec S with red leather?? - don't know if this is a straight fit in the Puma.)

Why not join us on the epic croation steering wheel thread? Get one made to how you want!
0 x
Top

Nice modifications, hope to see your Puma in reallife one day!
0 x

Oh really, Might check that first before ordering spacers. Thanks for the heads up

Today my new exhaust backbox came in the mail. Ordered it at Larkspeed in the UK and the shipping went well

Took me atleast 5 minutes to unwrap it!

After I've unwrapped it:

The exhaust tailpipe appears larger than I though it would be. It's a 3,5'' Piper outwardly rolled backbox.
It's only the backbox at the moment but this may change in the future

The backbox will be fitted next week's Friday. So let the wait begin...

This is it for now
You will hear from me soon

Got the exhaust backbox fitted yesterday. And wow, It looks so nice

- And the sound it makes is also very nice and suits the car really well. 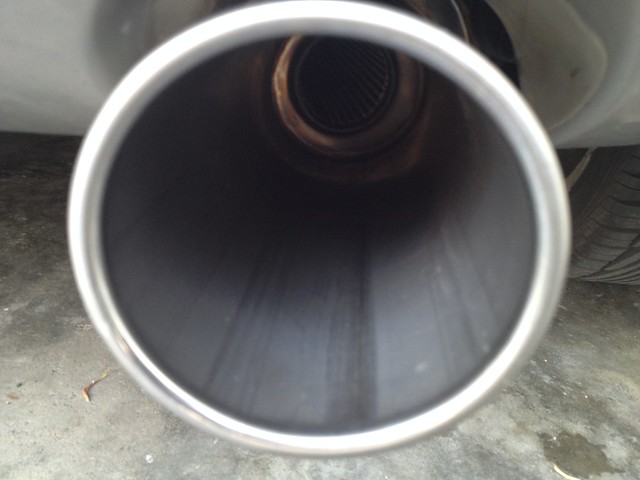 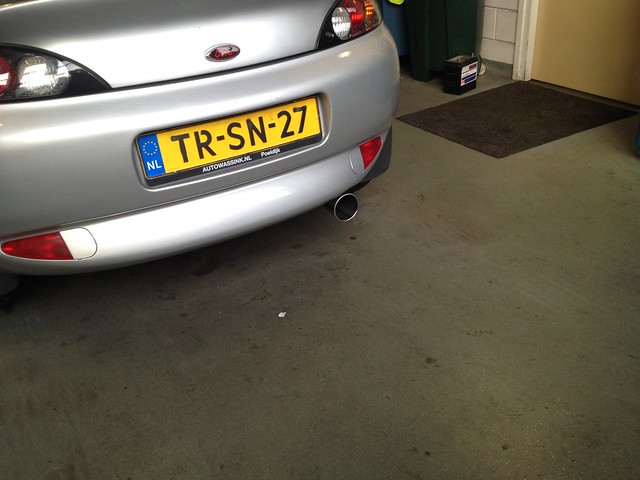 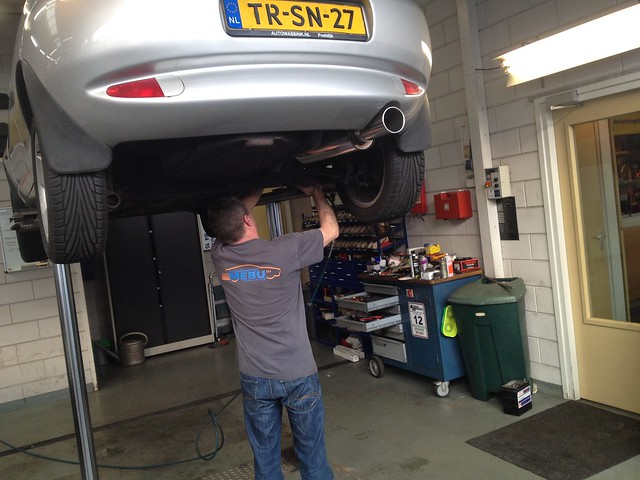 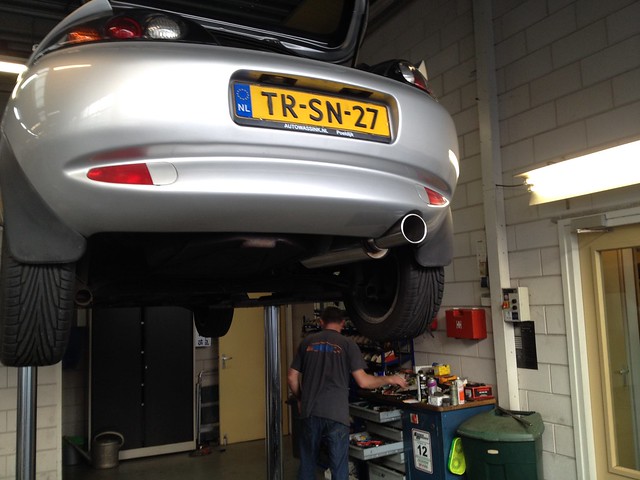 Next big update will be sorting out the rust! 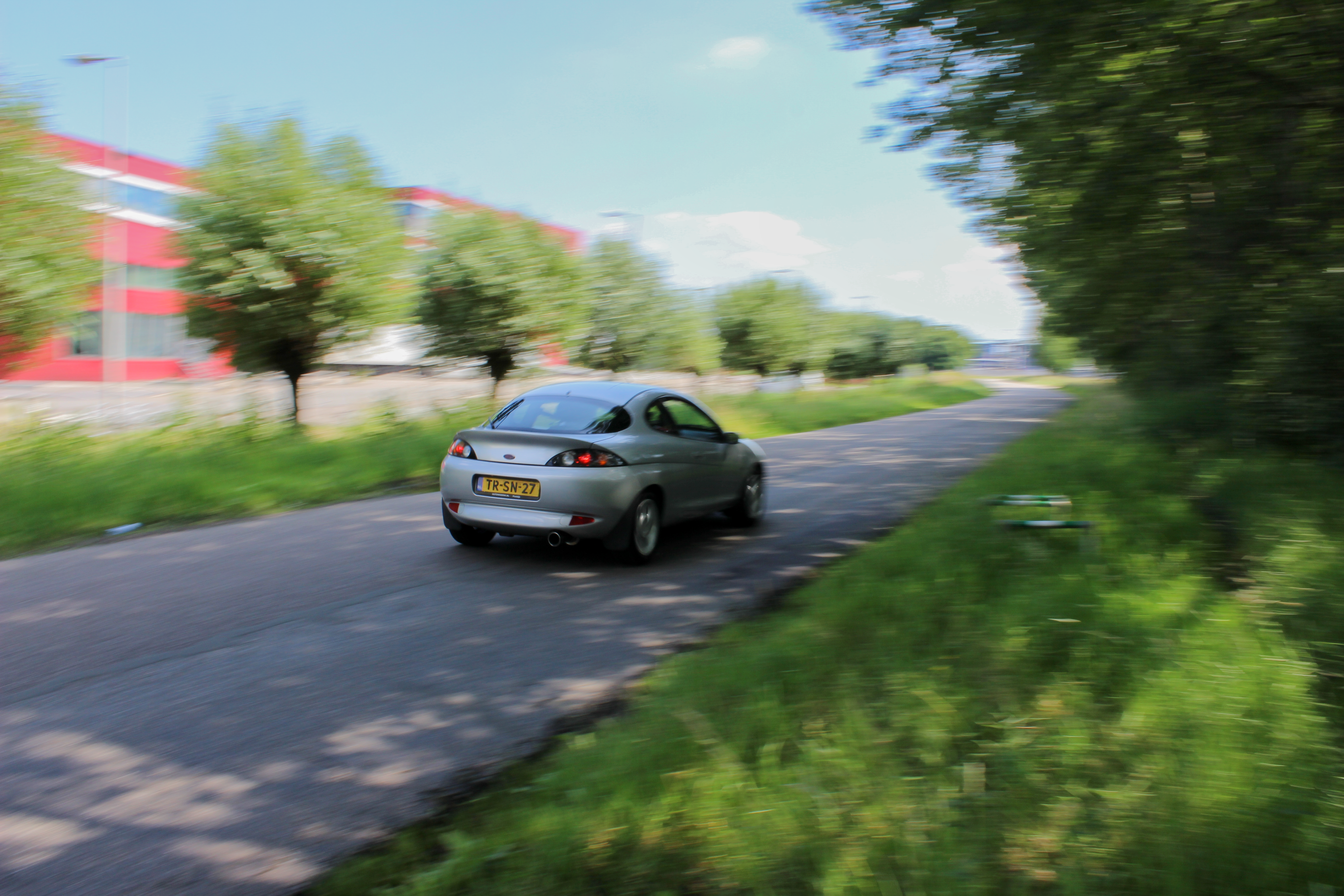 You got the Exhaust i have

Now all you need is a 421 stainless steel manifold, it will sound amazing