have them sprayed professionally

then it will be done properly

You should write a book Sinisa. How to win friends and influence people...

0 x
Who knew owning a cat becomes and obsession!!
Top

Well, I am very sorry to see all the effort and labour go to waste and I am speaking from (near)my experience. A friend just polished his lenses on vito (granted, the worst Mercedes EVER) only to be in worse condition after 6 moths than it was the starting condition.... He didn't do a respray on advice of a polishing guy (who didn't have the facilities to spray them, hence his advice) but used some magic treatment that turned out not to be so magic after all....

Regarding the quote: you have to tak into account that English is not my native so sometimes something might turn out clumsy as I don't think in English but TRANSLATE my thoughts to English. No languages are the same and you would be most probably very surprised to learn how complicated Croatian is compared to English. I didn't mean to offend you Barry, sorry if it turned out like that

I think it was that they had already been coated in a clear 2k lacquer by Rob and your post was interpreted that this solution wouldn't be effective and it should be re-done professionally.

Hi Sinisa
It's ok you didn't offend me at all and I understand that things are sometimes misunderstood in another language. If you wrote to me in Croation (Croat????) I wouldn't have a clue. You might have to buy Rob a pint when you eventually meet him, though

Rob and I did another reasonably local classic car show on Sunday at Walton near Wakefield with the Pumas. This was only the second year of the show (I was there last year as well) but it was a good show and well attended. Our Pumas looked well and attracted a fair bit of attention with one guy even saying he always wanted one and claiming he was going to get one now. I directed him to this forum so, hopefully we may see a new member....or not. 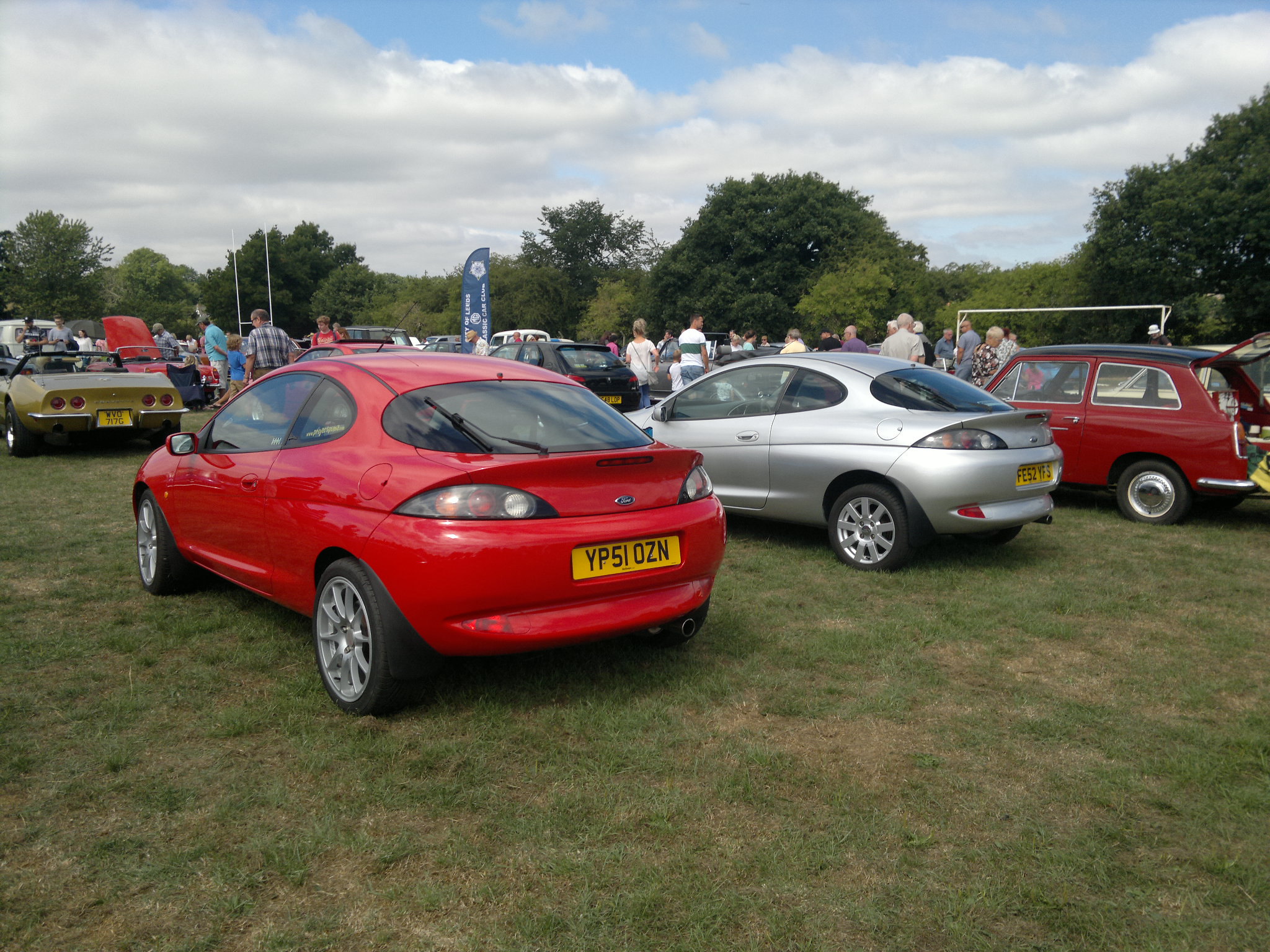 It's got to the stage now that I've nearly stripped down my scrapper Thunder that I've just about run out of room in the shed I built last year. 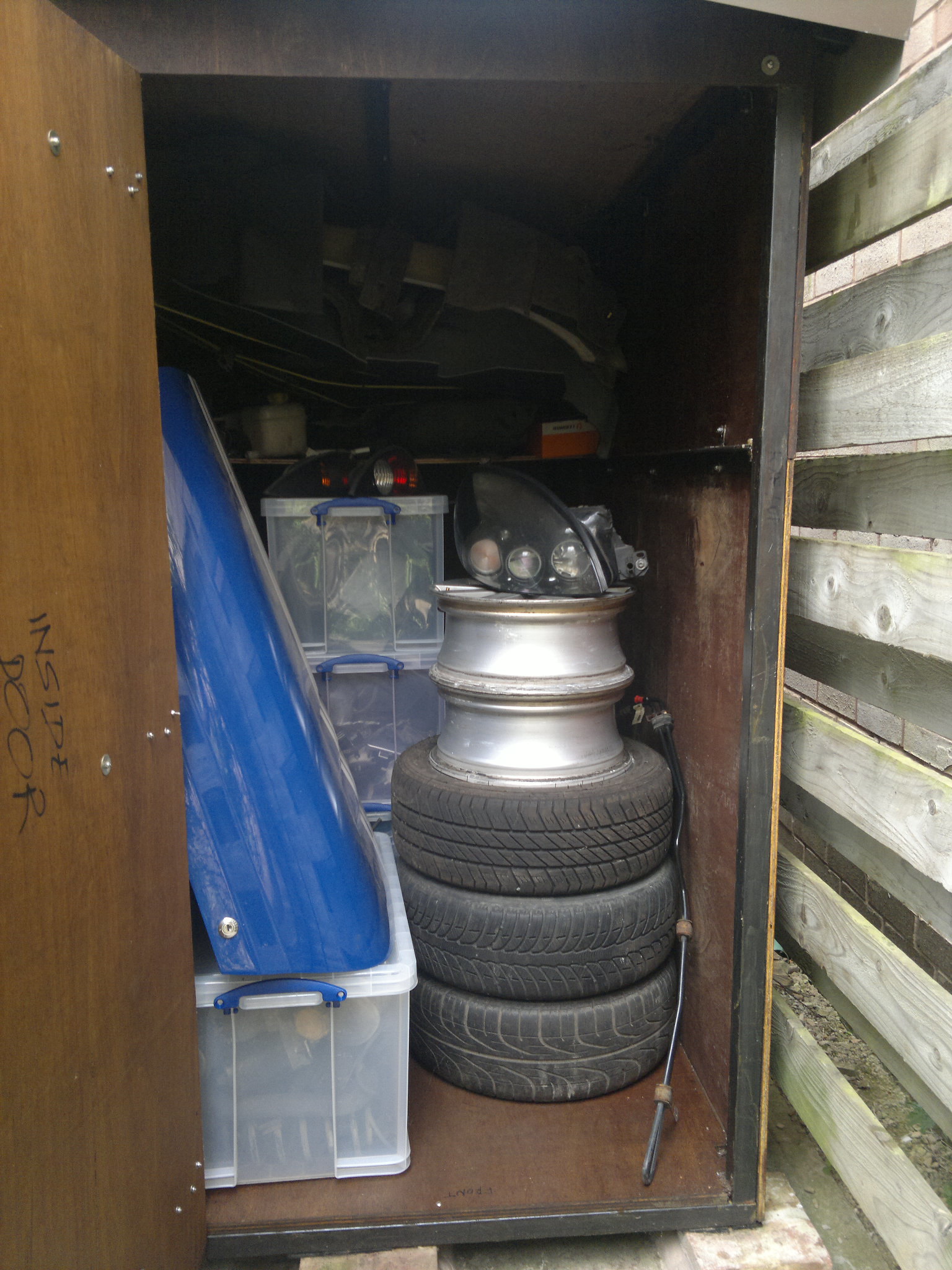 So I'm building another one just at the back of the first one. This should take the plastic packing cases 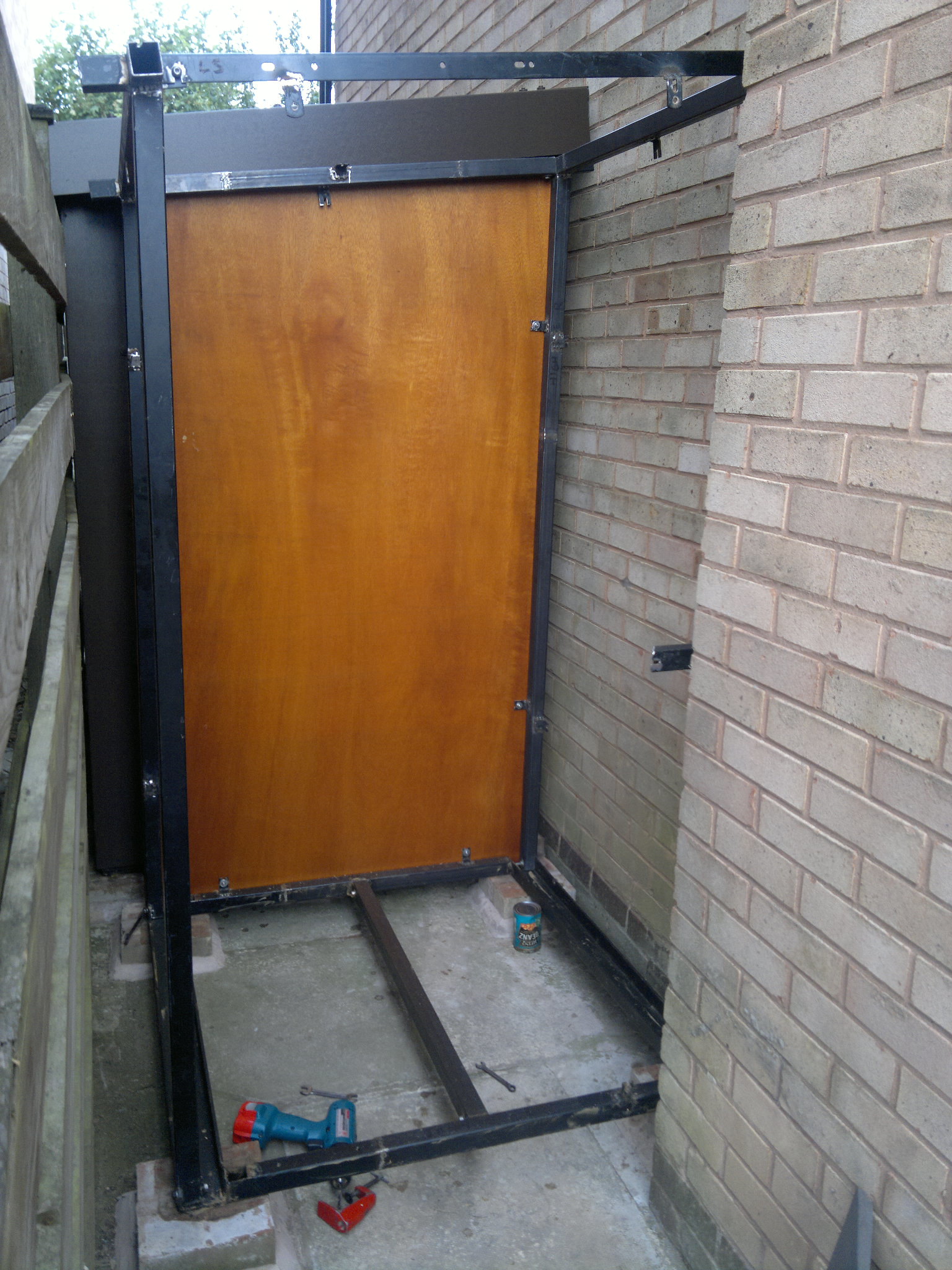 Hi Sinisa
You can never have enough Puma spares

I found out that on one of the headlights I'd repaired (with Robs help) that the motor wasn't working so I had to swap the headlamp unit and lens over. 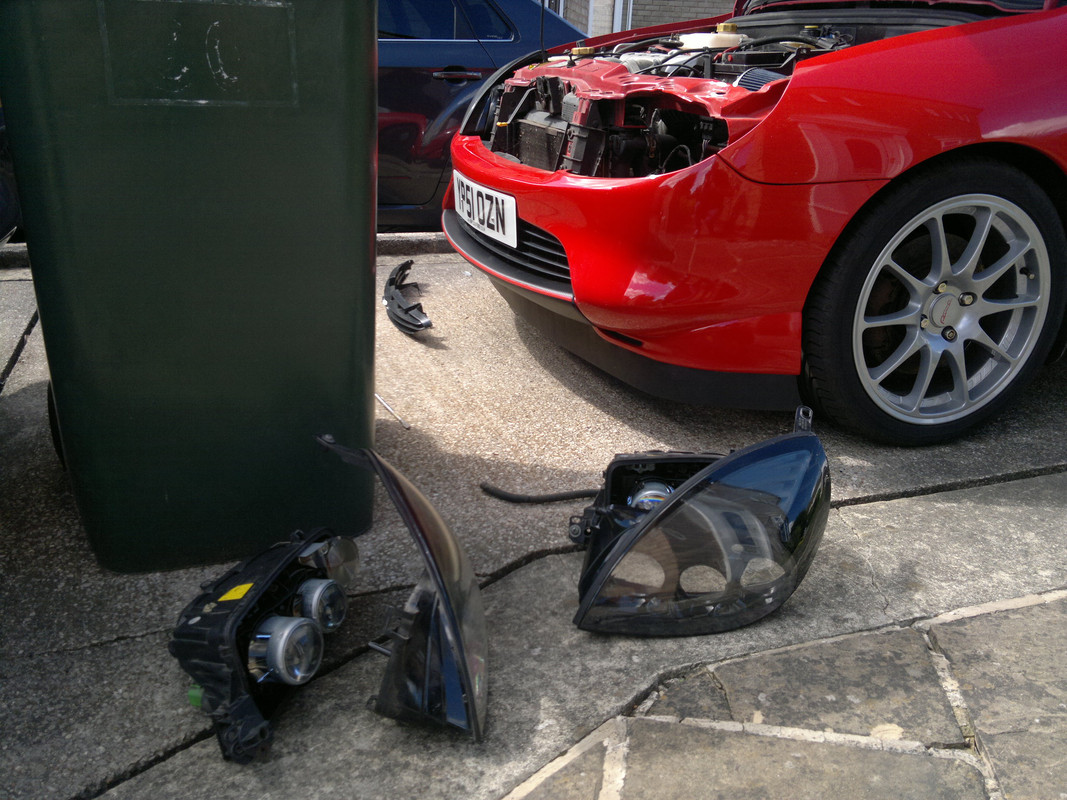 That fixed it and I went out later on in the dark and the adjustment looked about right. When I get my scrap Thunder out of the way I'll adjust the headlamps up properly using the garage door as a gauge.
I've also finished my second shed now and starting to fill it up with Puma spares. 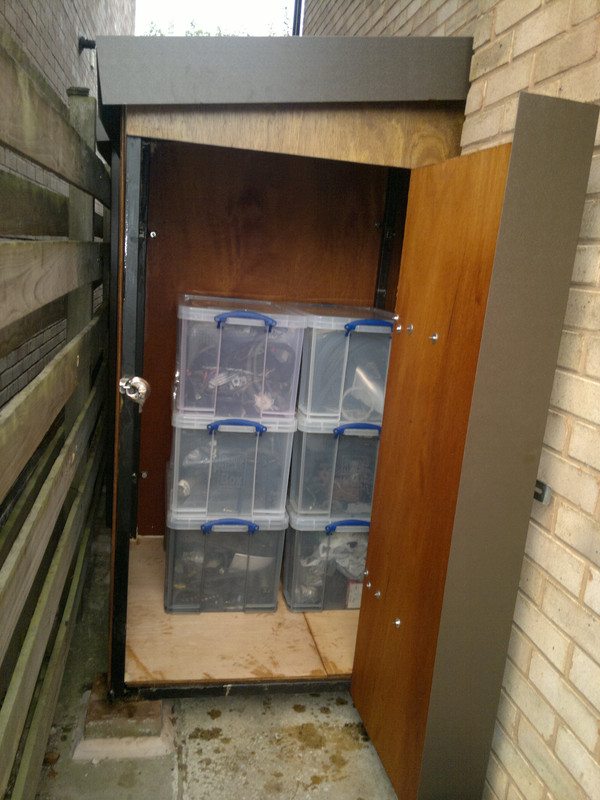 I went to Fordfair again and had my car on the stand and as per usual it was a good day apart from the constant popping , revving and banging from the Focus brigade (not Dal) 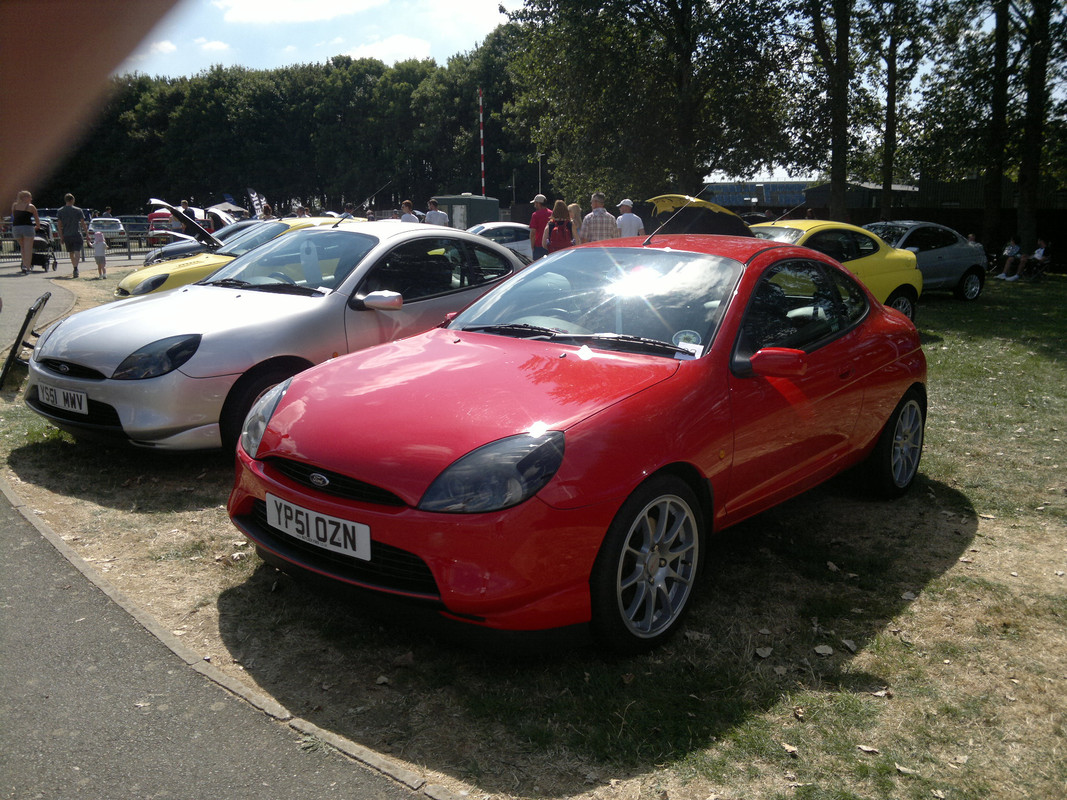 My son Andrew went early to the Autojumble at Fordfair and came back with this; 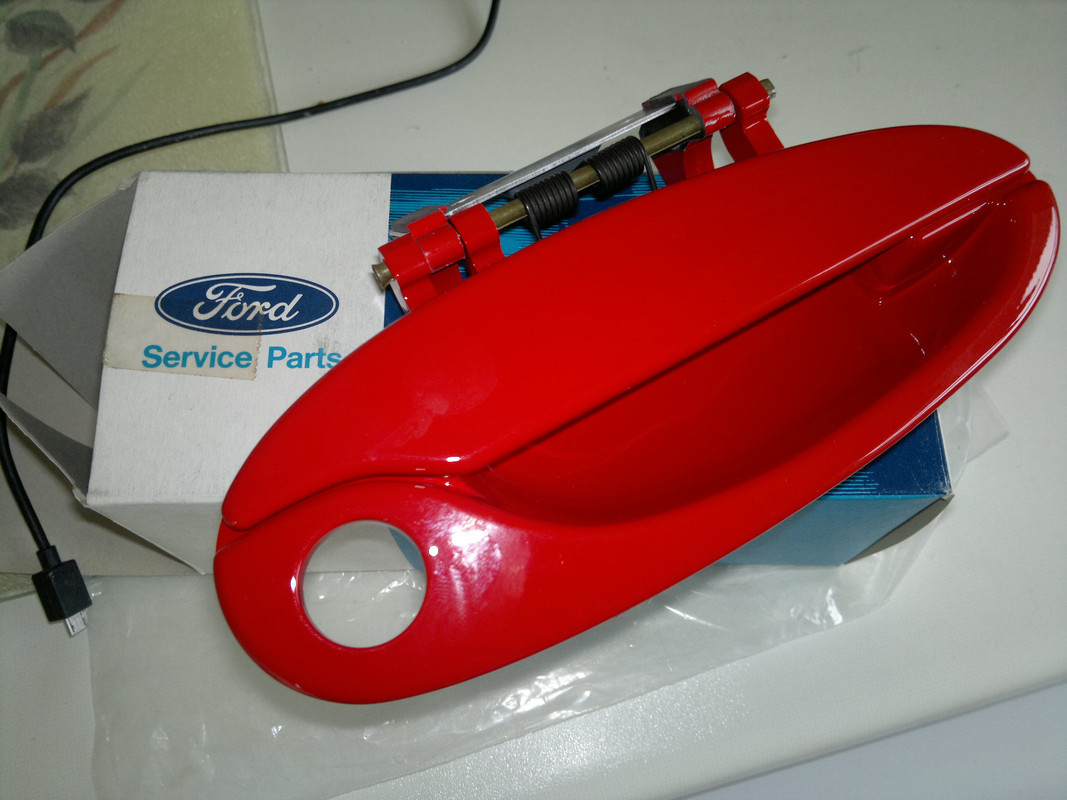 Perfect for replacing my battle scarred drivers side handle. 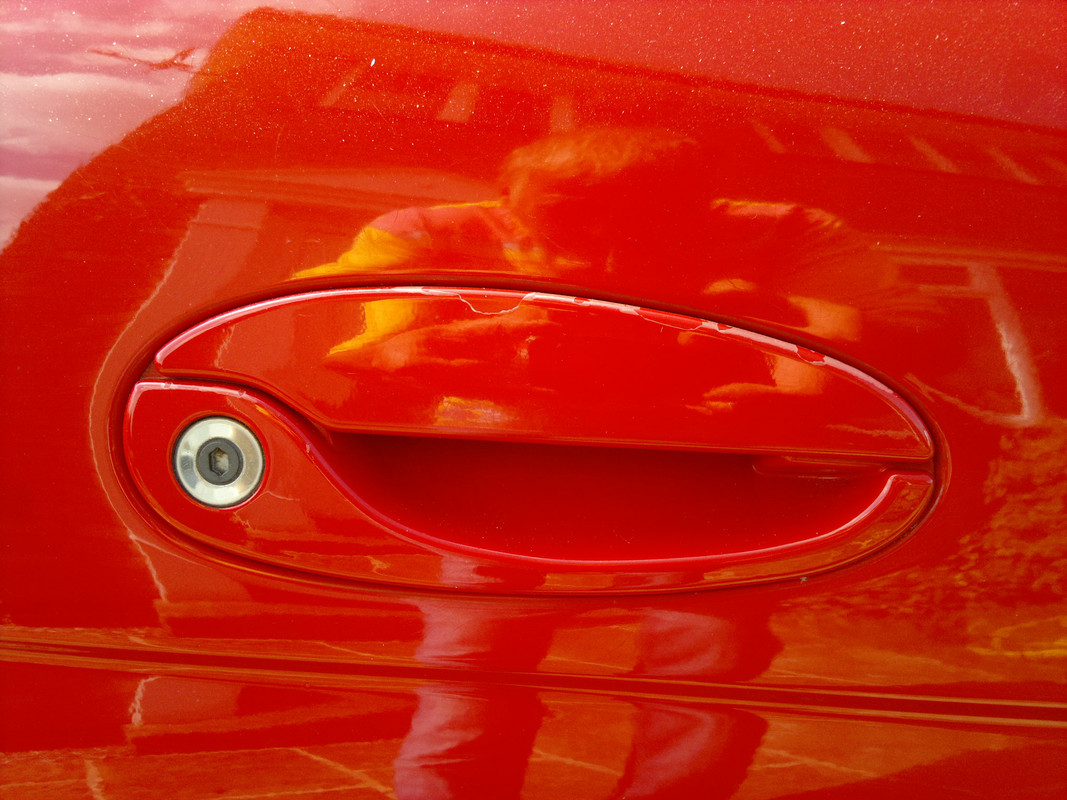 Not done much with the Puma over the last few weeks apart from cleaning it and taking it to shows but I did a Idle control valve reset on Forscan as the idle didn't sound 100% right. 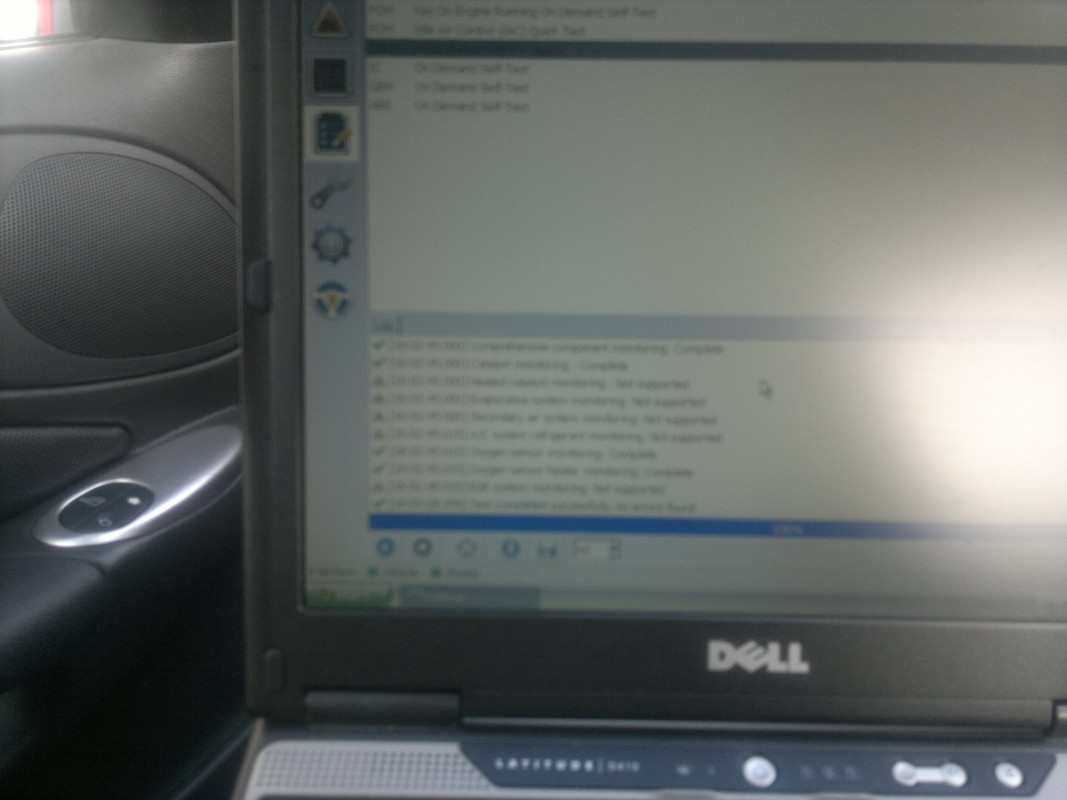 I was hoping the photo would turn out better but the green ticks on the left of the screen show that everything that could be checked was ok.
I've also still got a niggly intermittent ABS fault and warning light from the right rear sensor ring. Most of the time it's ok and then the light will come on again for a short time. I think that's a job for the winter and I will take the sensor ring off the hub and reset it as I think it's running slightly out of true.
A few of the shows I've done lately;
Locke Park Barnsly. 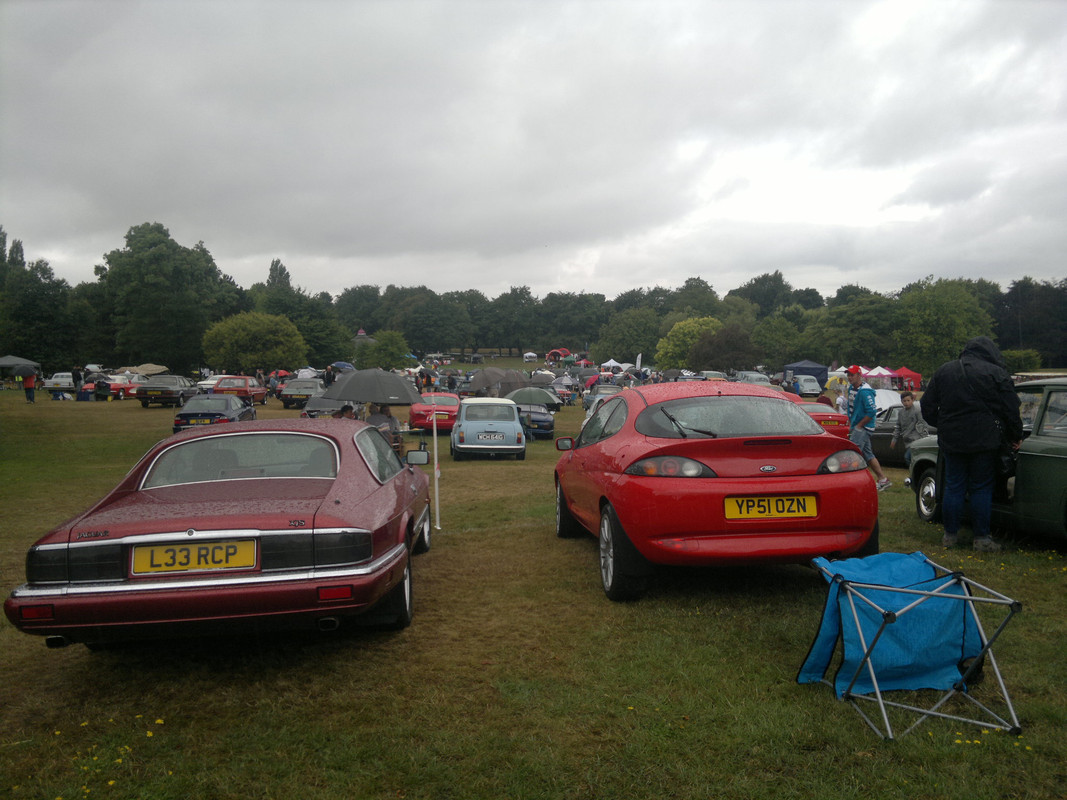 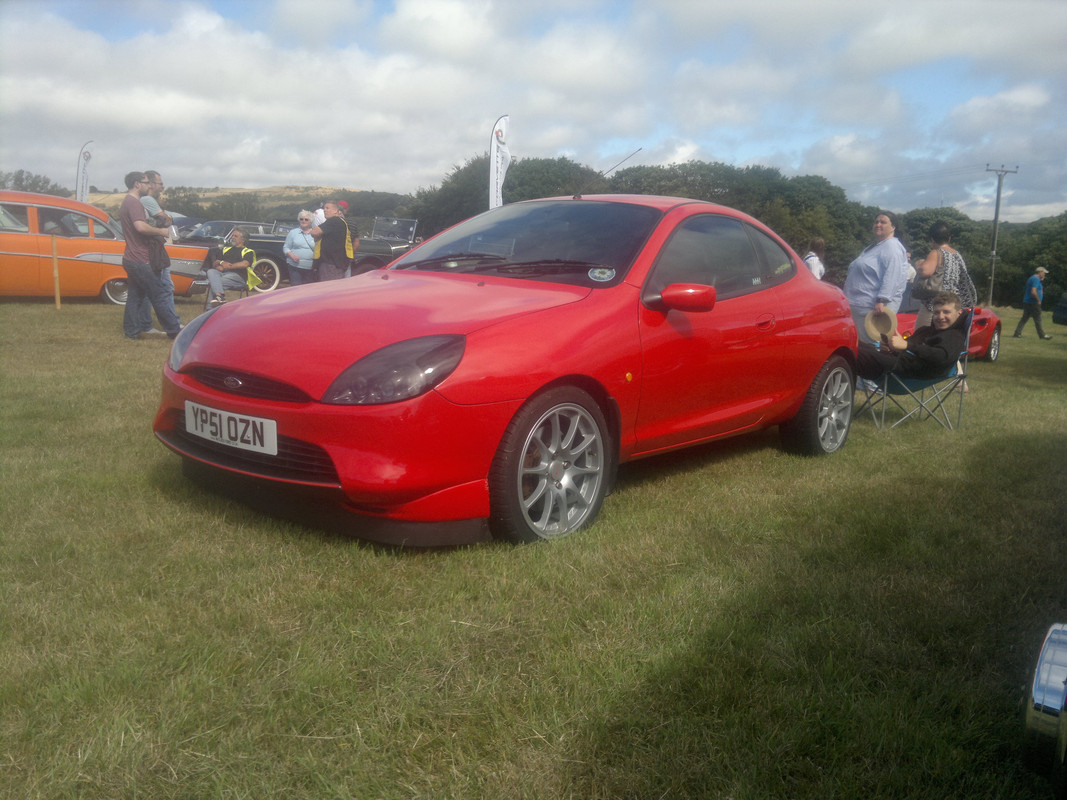 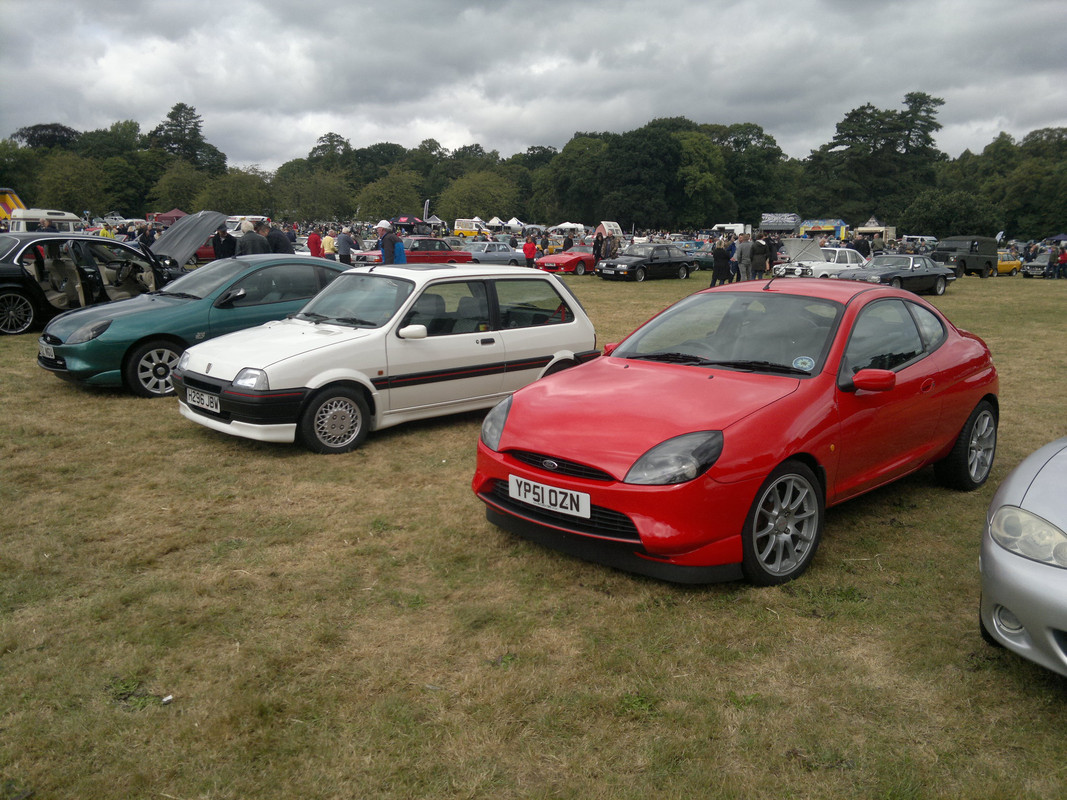 There was another Puma near to me belonging to a guy called Dave (I think, my memory is terrible for names so if I've got it wrong, sorry)
3 x
2001 ColOrado red Puma 1.7, work in progress.
Westfield SEIW 1800 Zetec.
Building Westfield SEI 2.0 Zetec Blacktop on TBs.
Fiesta Style 1.25
Aprilia Tuono Factory.
1975 Yamaha TY80
Now working on my sons Anglia 105e

I went to the Squires Cafe all Ford show today and once again it was a good show apart from all the revving and popping from all the Focus drivers (and some Fiestas), when will they realise it's getting really old! 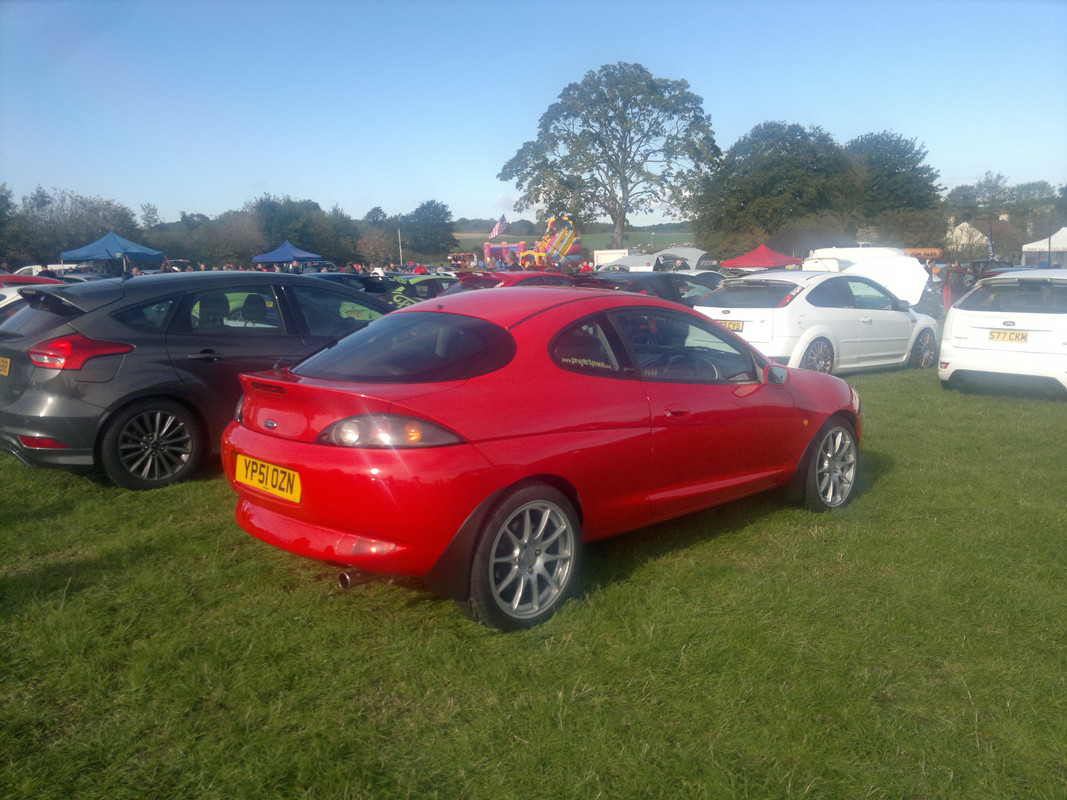 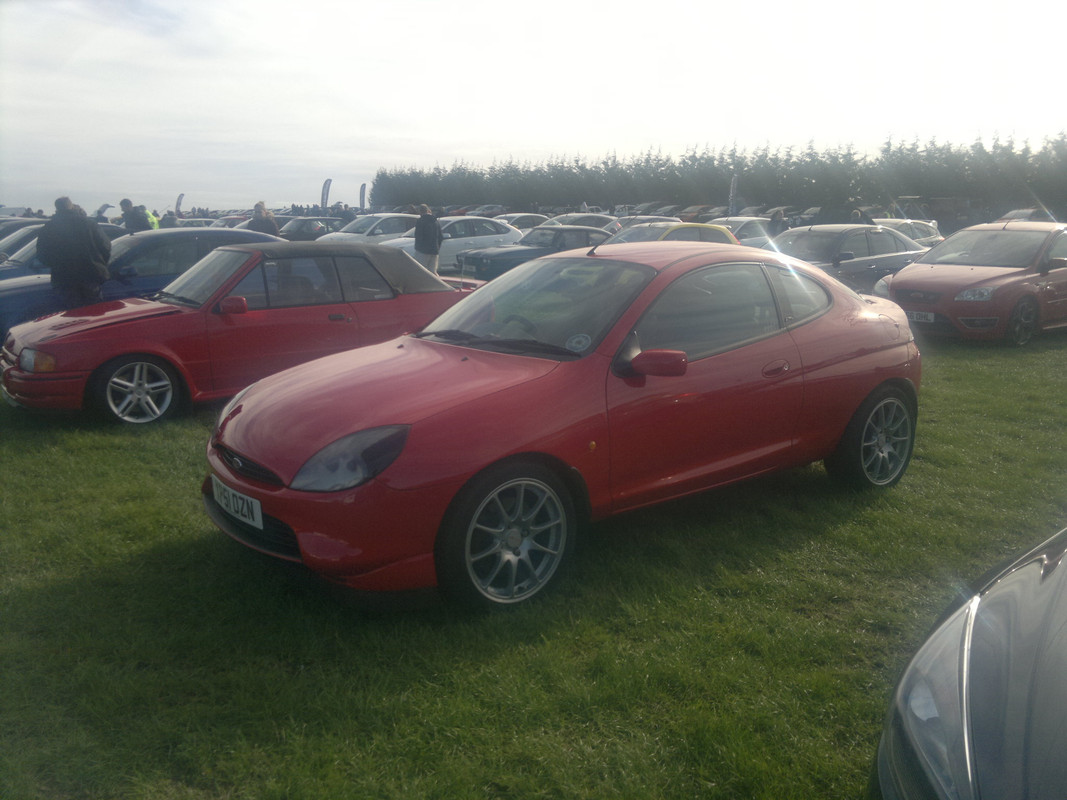 Jon Wilby was there with his FRP and Nick from Maxted garage was there with his own stand and a couple of trackday cars. There was also a white Puma powered by a rear mounted bike engine but I never got the chance to see that before it went. It sounded nice as it went out, though.
On the way home there was a lot of traffic but as I got nearer I got the chance to give it some stick but just before I got home I noticed.... 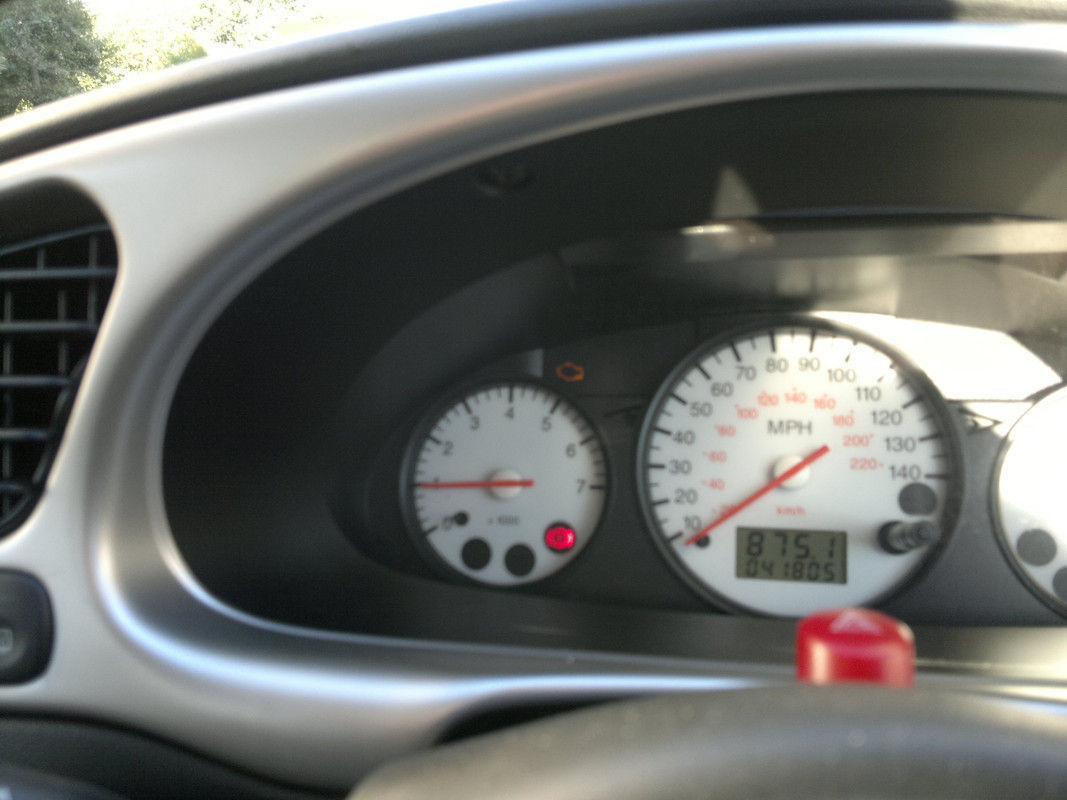 So wondering what was wrong I hooked it up to Forscan 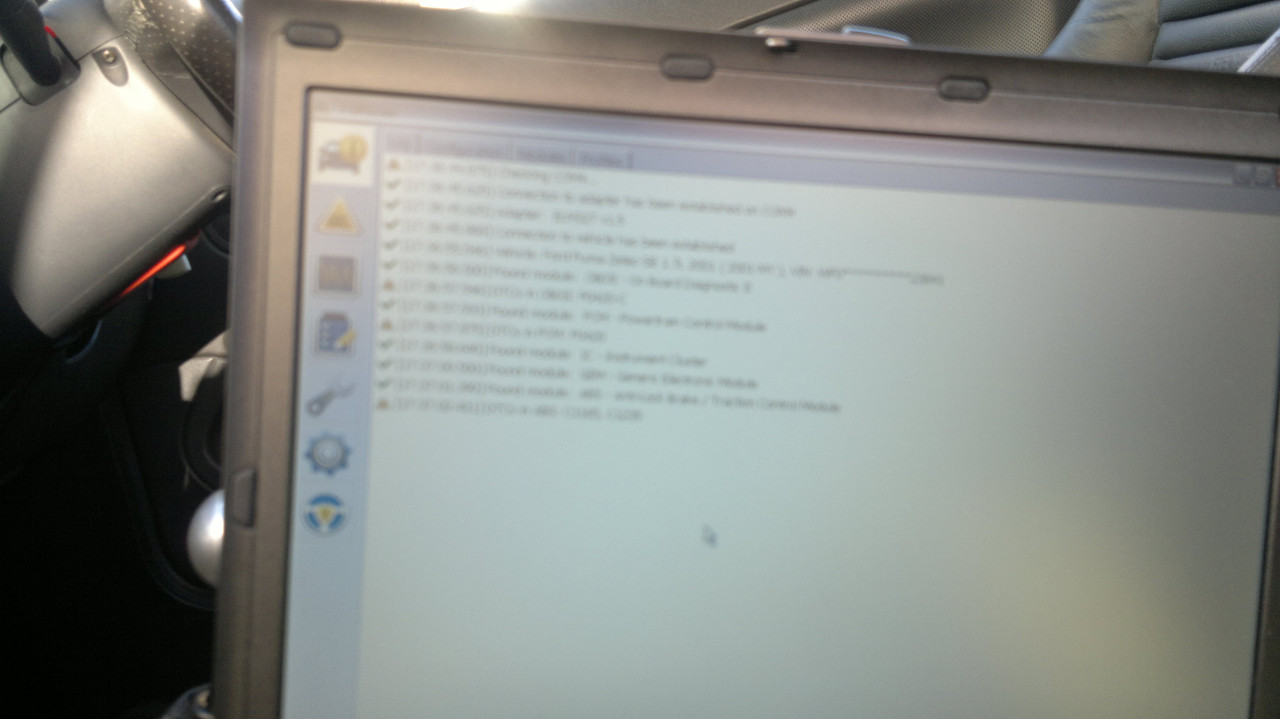 Hmmm, one of these days I'll manage to take a good photo of Forscan but anyway it was the old P0420 error code which going deeper into Forscan revealed... 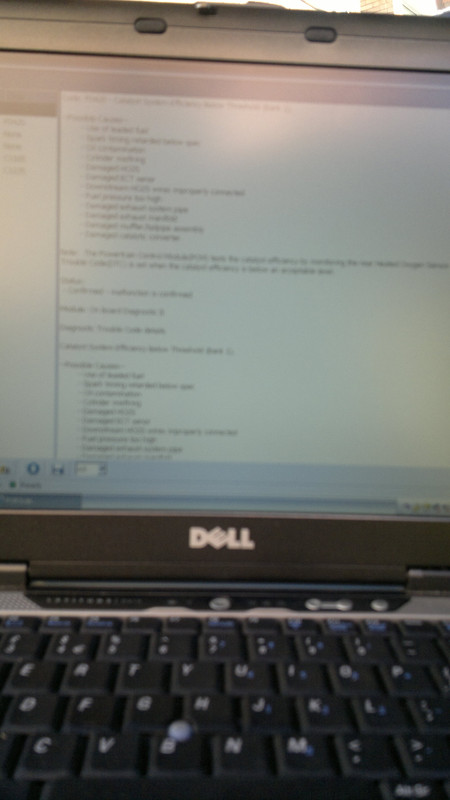 A list of stuff including; spark timing retarded, oil contamination,cylinder misfiring, damaged HO2 sensor,downstream HO2 sensor improperly connected, fuel pressure too high, damaged exhaust or manifold or damaged Cat. So that's a bit more work for this winter! So I turned the EML off along with wiping the stored rear ABS code started the car and all seemed well again. 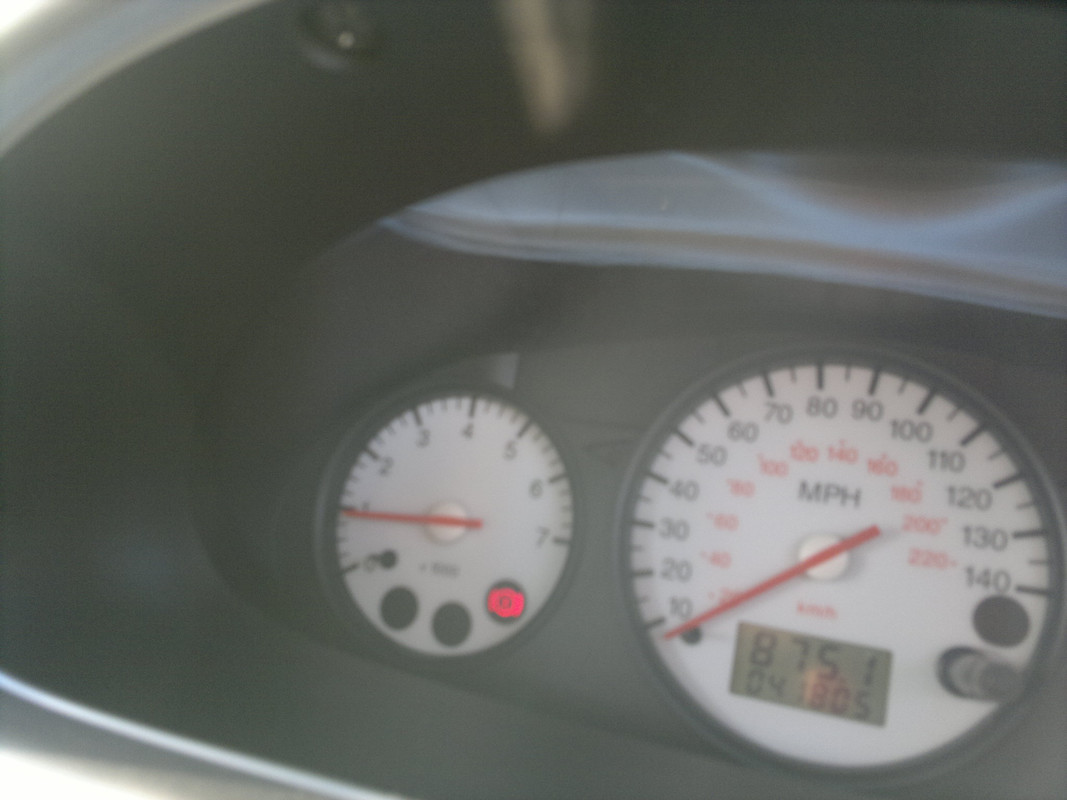 I also noticed on Saturday whilst cleaning the rear wheels of the car a smell of petrol and looking underneath I could see a stain on the tank around the breather so I'm hoping it's a slit/holed rubber pipe rather than rot around the breather stub but I'll find out later this week if the weather holds up.
Last edited by tuonokid on Sun Sep 23, 2018 8:22 pm, edited 3 times in total.
0 x
2001 ColOrado red Puma 1.7, work in progress.
Westfield SEIW 1800 Zetec.
Building Westfield SEI 2.0 Zetec Blacktop on TBs.
Fiesta Style 1.25
Aprilia Tuono Factory.
1975 Yamaha TY80
Now working on my sons Anglia 105e

I'll be honest, I can't make out anything on that photo even with the missus's best glasses!

I did a wee Google of the code instead!

what ecu are you using ? you have one or 2 lambda sensor ?

what cat converter are you using ?
0 x
Alex' from the french Puma forum : http://www.planetepuma.com/index.php" onclick="window.open(this.href);return false;

Hi Alex
I have an intermittent P0420 code which has only come up yesterday 2 years after I fitted a new Cat. Before with the old second hand FRP cat I used to get it about 3 or 4 times a year. I have turned the EML off using Forscan and it's ok now but I'd like to get to the bottom of the problem. The ECU is the DIVE 2 lambda ECU and the cat is a Magnaflow 200 cell sportscat. I also tried the hand on the end of the exhaust tailpipe trick today and it pressurises so no leaks.
0 x
2001 ColOrado red Puma 1.7, work in progress.
Westfield SEIW 1800 Zetec.
Building Westfield SEI 2.0 Zetec Blacktop on TBs.
Fiesta Style 1.25
Aprilia Tuono Factory.
1975 Yamaha TY80
Now working on my sons Anglia 105e

Going back to the stuff relating to my PO420 error code from the other day the one thing that I forgot to mention was damaged ECT which is the engine coolant temp sensor so today I swapped the ETC for the one from my scrapper thunder. 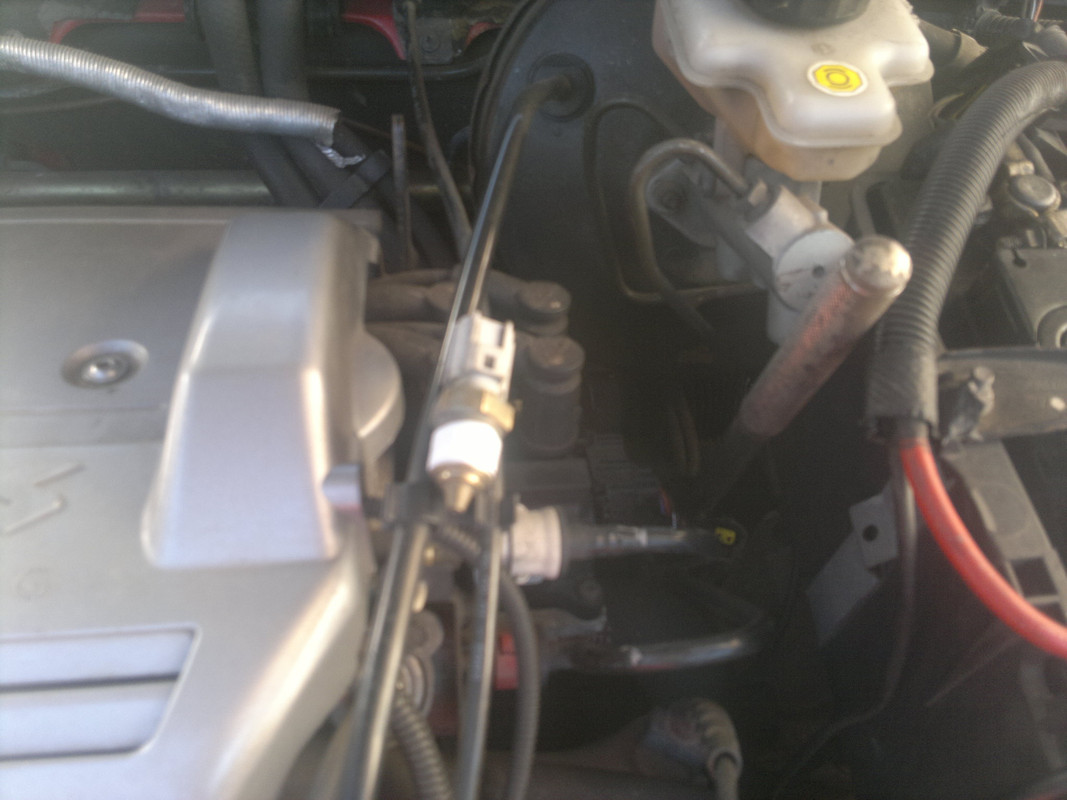 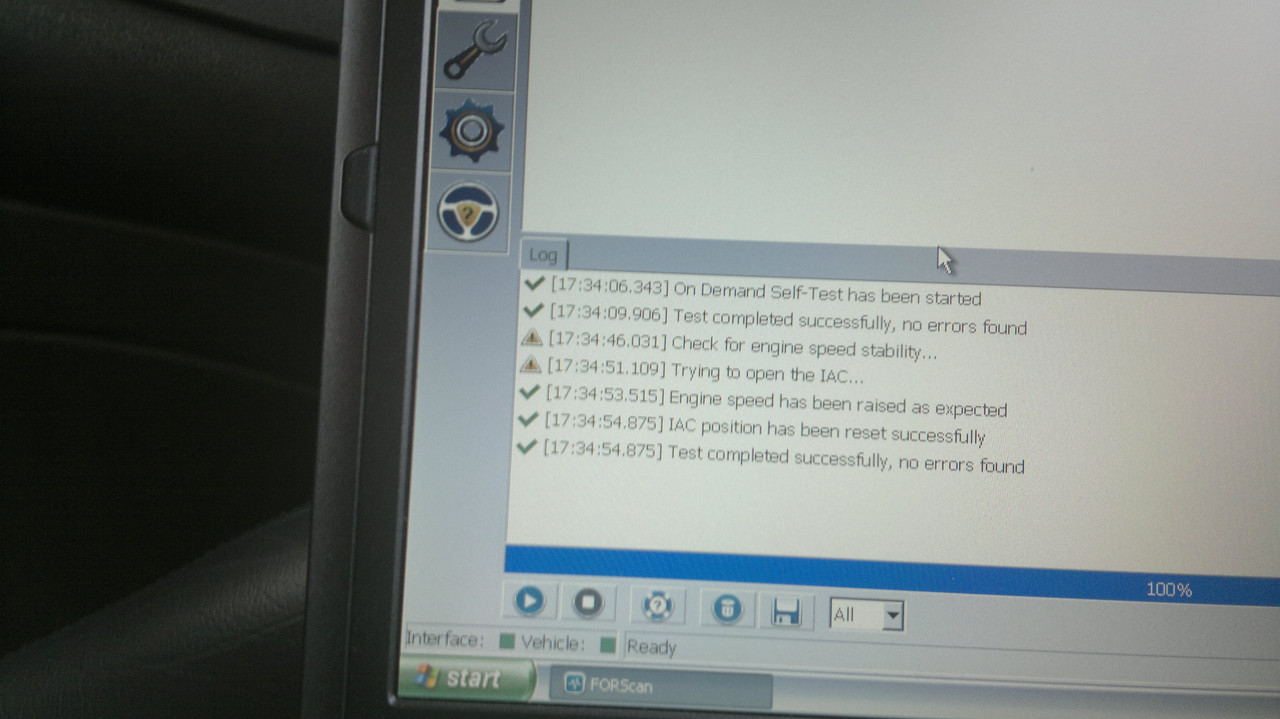 the only thing i do is to put an cellfix (like this http://www.showoffimports.nl/product.ph ... ctid=32871)
and the mil light go off


on my actual 1.7, i do a better things ... change the dive ECU for a tape with FRP map ...and remove FRP cat for a homemade stainless decat with flexible ... for the emission test, i remove decat pipe for a sport cat .... and it's OK

For less than 200 £ you have a little extra bhp and no DTC if you want to decat your Puma
0 x
Alex' from the french Puma forum : http://www.planetepuma.com/index.php" onclick="window.open(this.href);return false;

Hi Alex
It's not particularly the occasional EML light that worries me as the cause behind it, and I could tell a few weeks ago that the tickover was ever so slightly off so there was something not exactly right with it. The p0420 code indicates a faulty cat but it could be lots of things so it's just a case of working my way through. If I get an occasional EML but my car goes through the MOT that's ok by me. You're right about the De-cat etc but I want this car to stay legal.
0 x
2001 ColOrado red Puma 1.7, work in progress.
Westfield SEIW 1800 Zetec.
Building Westfield SEI 2.0 Zetec Blacktop on TBs.
Fiesta Style 1.25
Aprilia Tuono Factory.
1975 Yamaha TY80
Now working on my sons Anglia 105e

tickover ??? sorry i can't traduce it in french

if you want, you can check a lot of little things:
oil breathe hose
clean maf with brake cleaner
check the intake temperature sensor
check lambda sensor or try to change them
check the electrical connector ....
especially the one that is attached to the gearbox .... under the ignition coil and the coolant hose
if coolant have leak in this location, you can try to clean it with this type of product or similar
https://www.toolstation.fr/shop/p55092? ... gJk_vD_BwE
0 x
Alex' from the french Puma forum : http://www.planetepuma.com/index.php" onclick="window.open(this.href);return false;

Hi Alex
Tickover means idle ie the engine running by itself at low rpm.
It does seem better now I've replaced the engine coolant temp sensor and I've already cleaned the MAF and checked the plugs but I suppose time will tell. The car is off the road at the end of this month and won't get used again until April but thanks for your input.
0 x
2001 ColOrado red Puma 1.7, work in progress.
Westfield SEIW 1800 Zetec.
Building Westfield SEI 2.0 Zetec Blacktop on TBs.
Fiesta Style 1.25
Aprilia Tuono Factory.
1975 Yamaha TY80
Now working on my sons Anglia 105e

and i've already see broken intake manifold gasket (the O-ring in the teflon plate look like overcooked)
but i use a good silicone gasket like this
https://mongrossisteauto.com/etancheite ... gIERfD_BwE
and it's run fine (gasket from ford cost a fortune ... more than 70€ so i try a cheaper option
0 x
Alex' from the french Puma forum : http://www.planetepuma.com/index.php" onclick="window.open(this.href);return false;