Solved the VSS problem. As you know, IB5 has VSS that sends signal to instrument cluster. The B6 gearbox from fiesta St180 has none. So had to get speed signal somehow. After deep investigation found out solution. And today succesfully tested it. 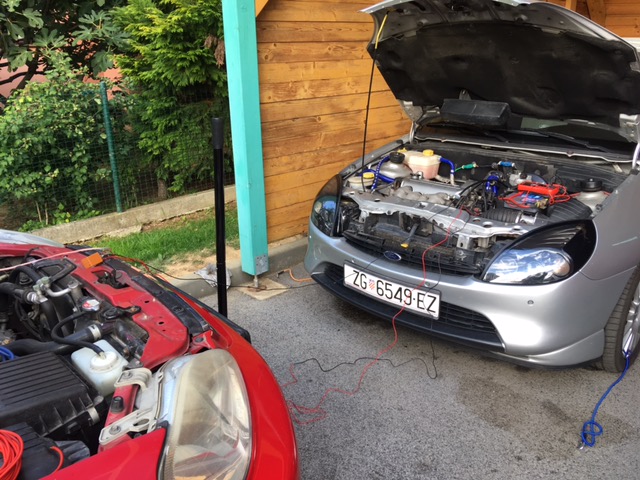 Took out the signal of ABS sensor from Honda. Why Honda? It has single jacking point at front which enables to lift it up easily and it's ABS sensor connector is located in engine bay so easy to access. 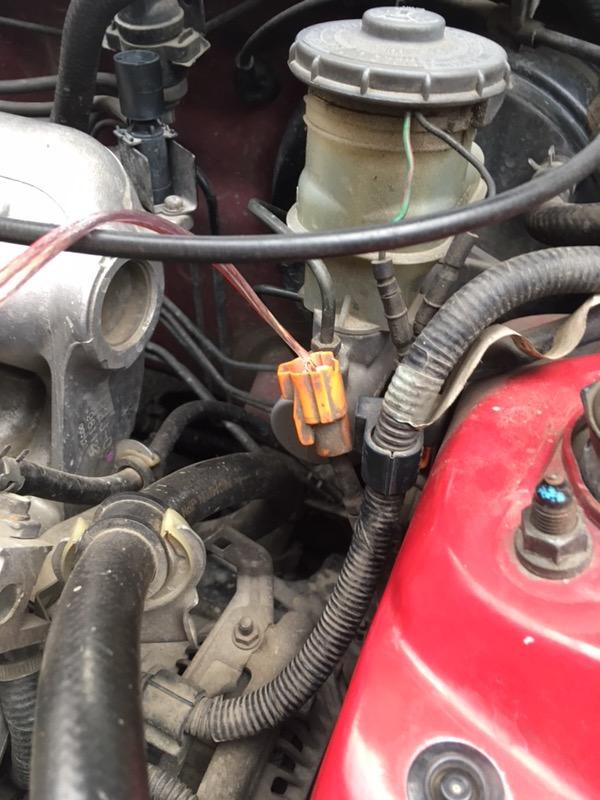 Puma has connectors hidden in wings, a real PIAS to get to. So highjacked the signal out of Honda. It uses same type of sensors (inductive type, sending out a sine voltage) so it is the same thing. Jacked the front end up, started her up and put in second gear to start wheels spinning to get a signal.

Now gets interesting. Opel (Vauxhall) had designed corsa C to be equipped with ABS for all versions. So no provision for VSS on that car. But when started production in Brasil, market demanded cheaper version, without ABS. So they developed operational ampifier that conditions the sine signal from ABS sensor (that corsa had ABS, i.e. wheel speed sensor on just one front wheel) and turns it to 12V square signal needed for the instrument cluster. Got myself one of this units (marketed on eBay as relays, although it is not a relay) and connected it. 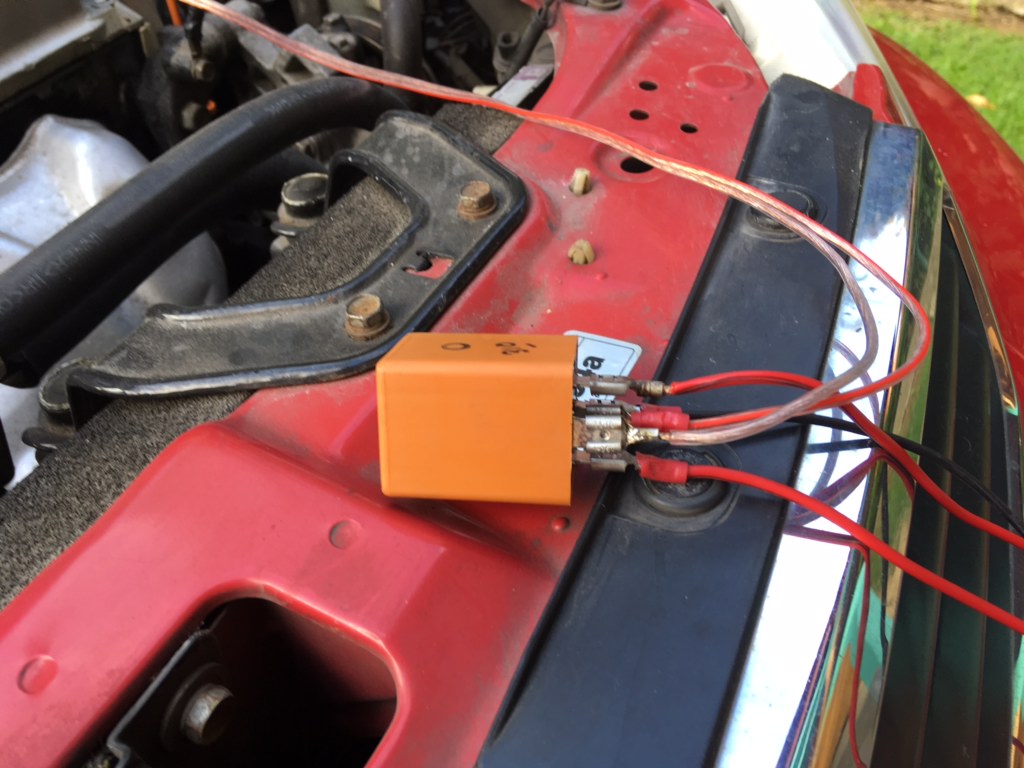 After that the signal is conditioned using the Dakota unit. Dakota itself is capable of processing the sine signal, but it needs higher input voltage (around 0,5 V AC) to detect it and therefore would speedo react only at speeds above 20 kph. The GM unit reacts sooner.
Dakota outputs 5V square signal so had to pull it up to 12V by 1 kOhm resistor. 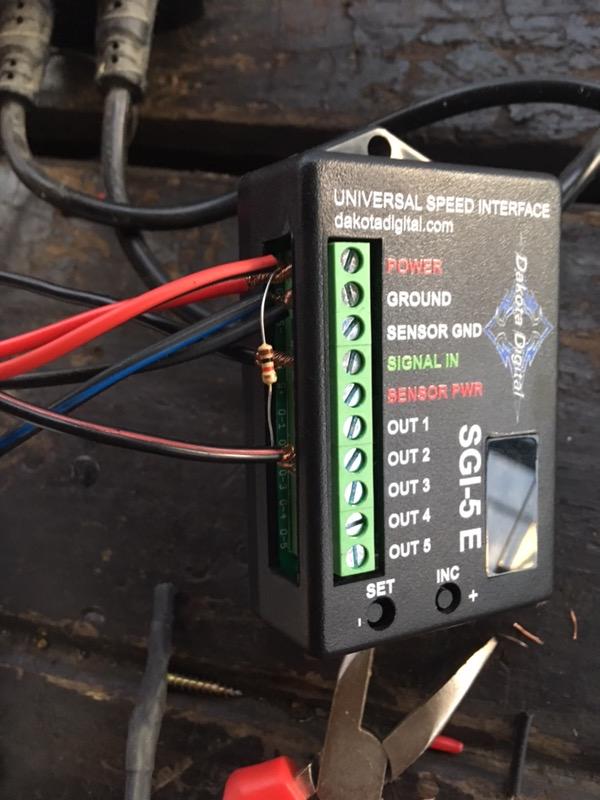 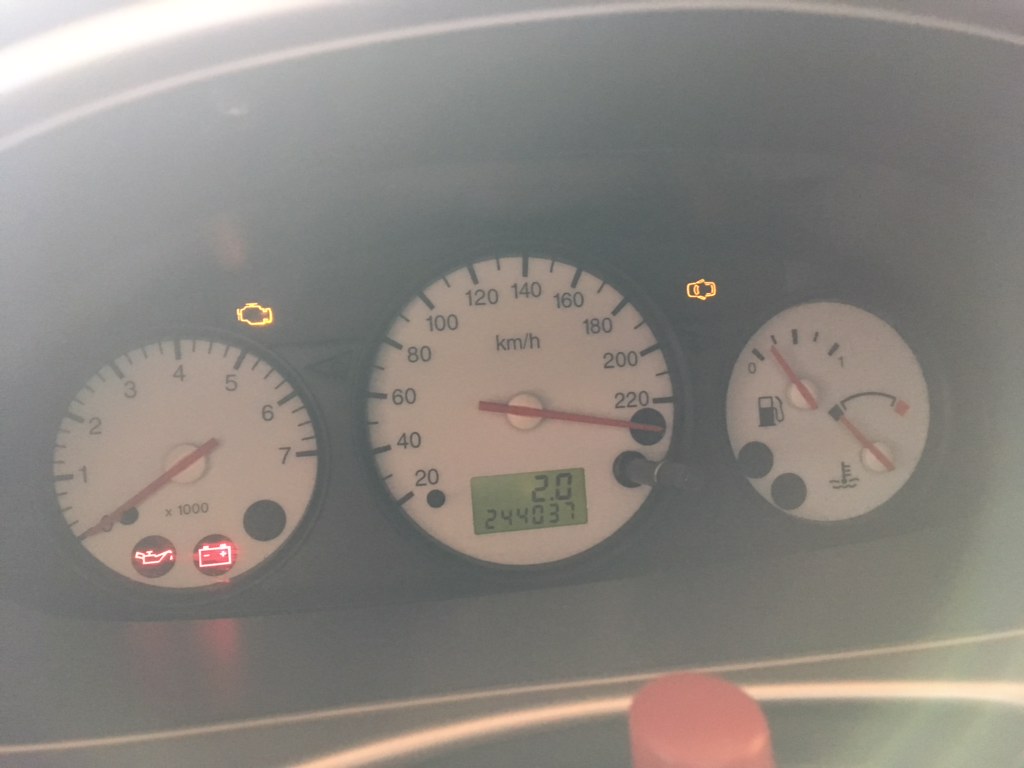 With factoring the signal by 4. The car is in my driveway, not moving at all, engine is off, yet doing 230 kph 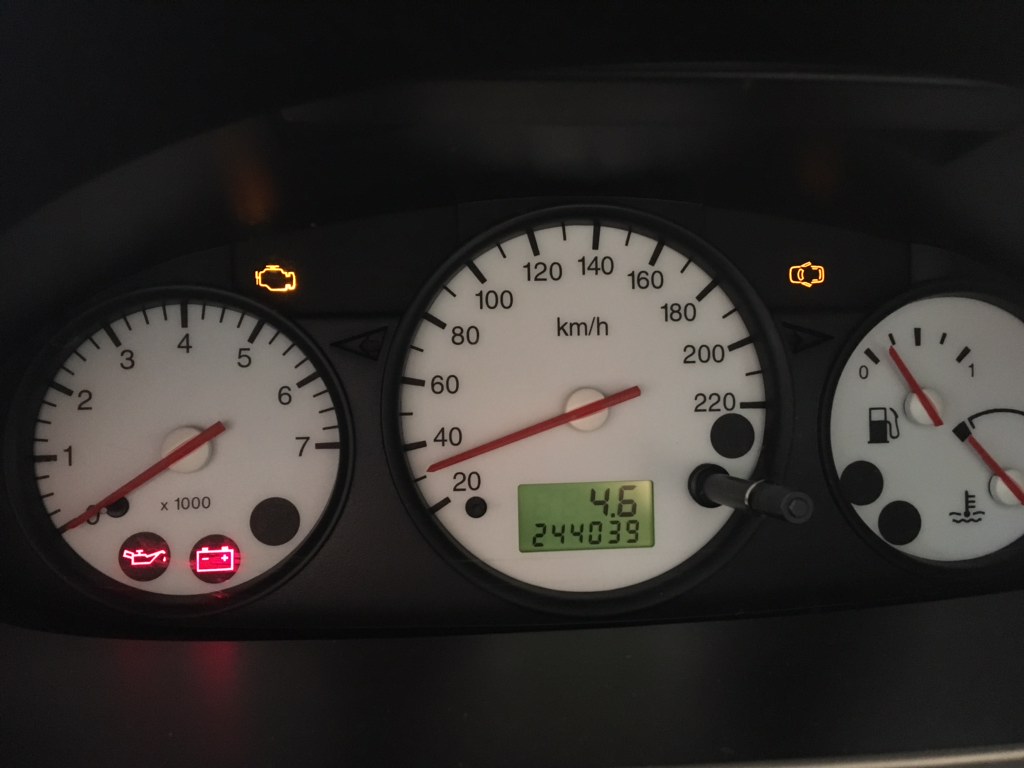 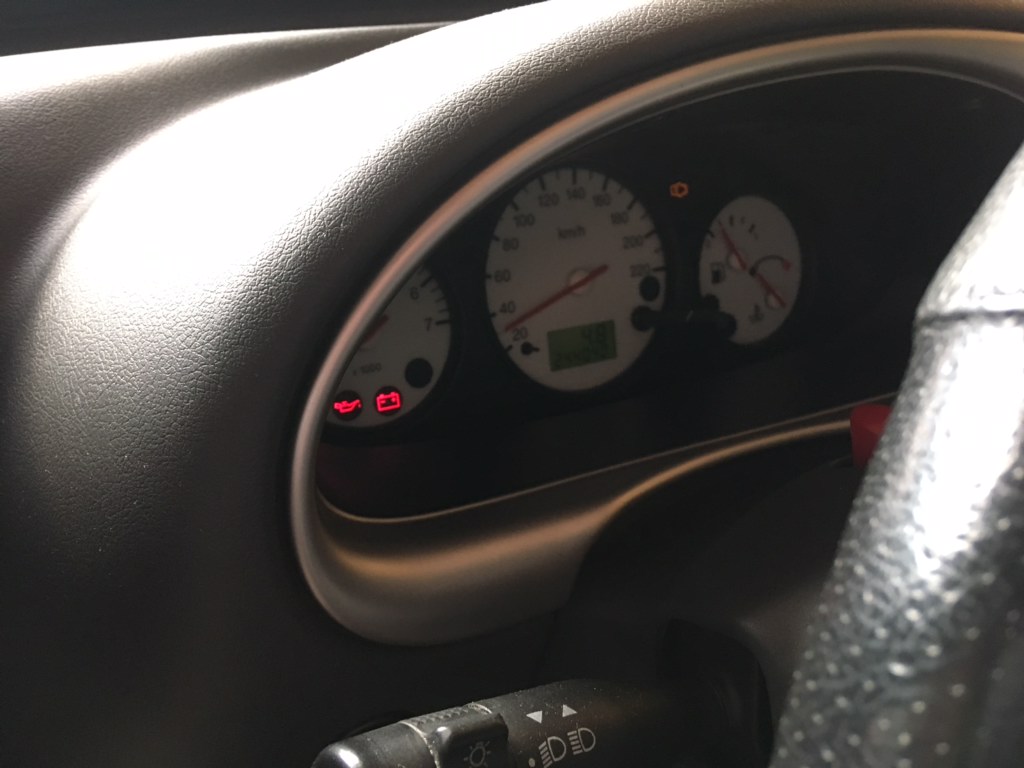 Since the GM unit has very big input resistance of almost 1MOhm, splicing the signal from one ABS sensor should not affect the operation of ABS unit. Anyway, if it affects, I will just add another ABS sensor to one rear wheel and that is it. So, the speed singalling problem with B6 gearbox is solved.

Bravo Wild.E, fantastic work researching and developing a solution. It must have taken a fair bit of time to find out about the Corsa in Brazil.

Today was marvelous day and just had to make use of the warm weather!

The safety belts in my car got stiff and would not wind in properly. Also, left mark on seat that proves how dirty they are (were)! 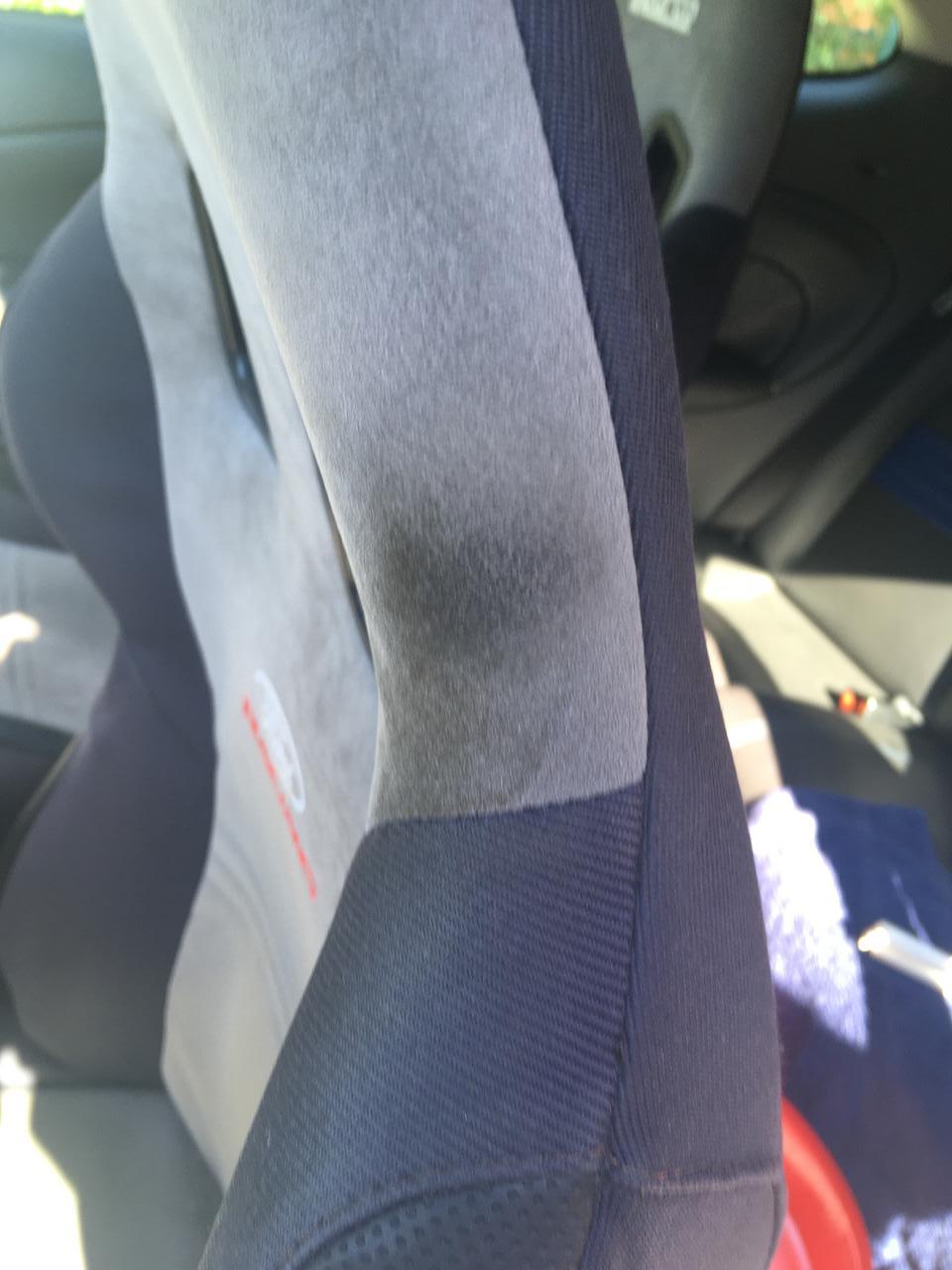 First cleaned the seat with some microfibre cloth soaked only at one end in bucket of warm soapy water. 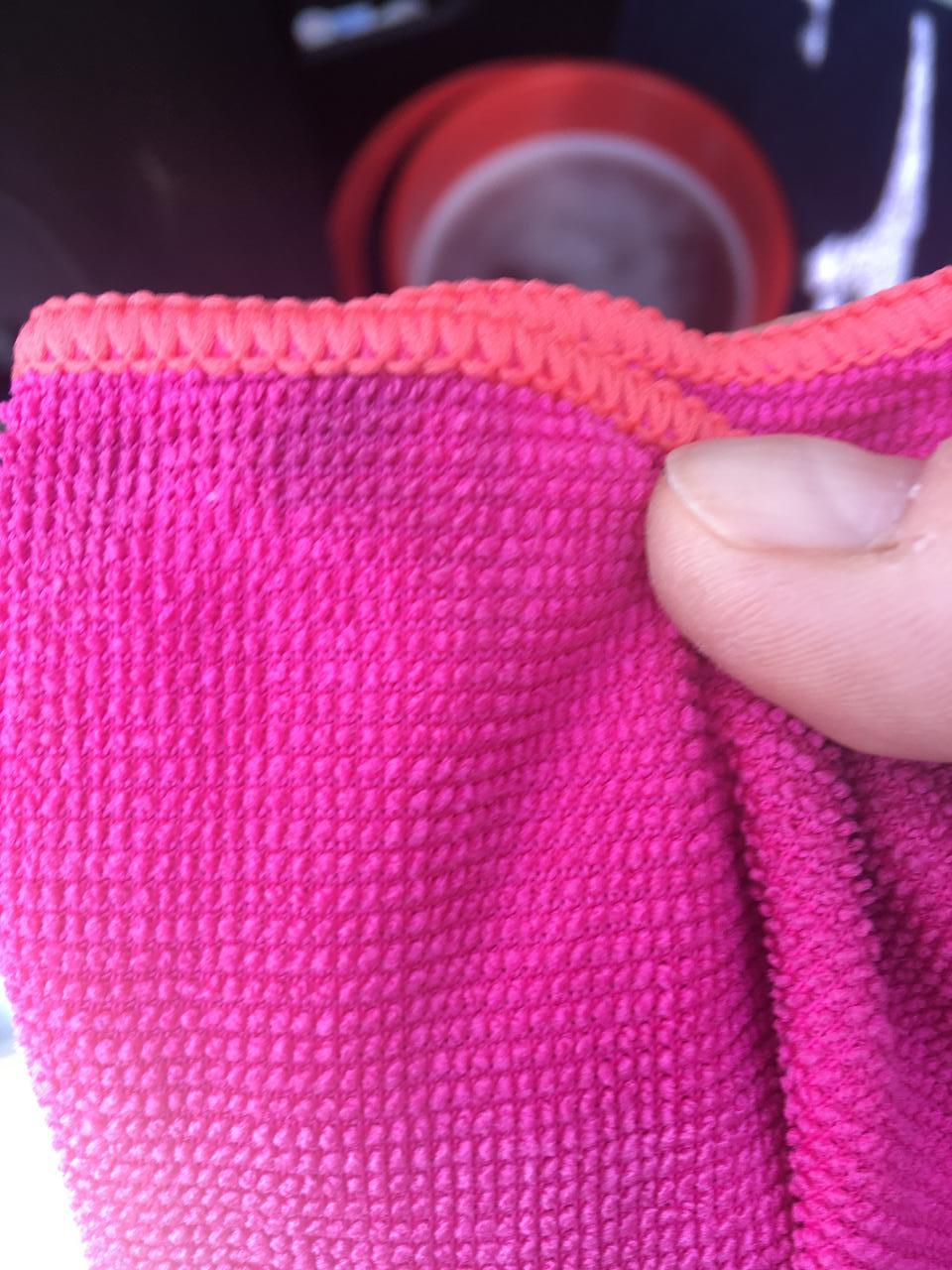 And sure enough, dirt starting coming off righ away, as marking on the cloth proves.

The seat was looking better after just few rubs. 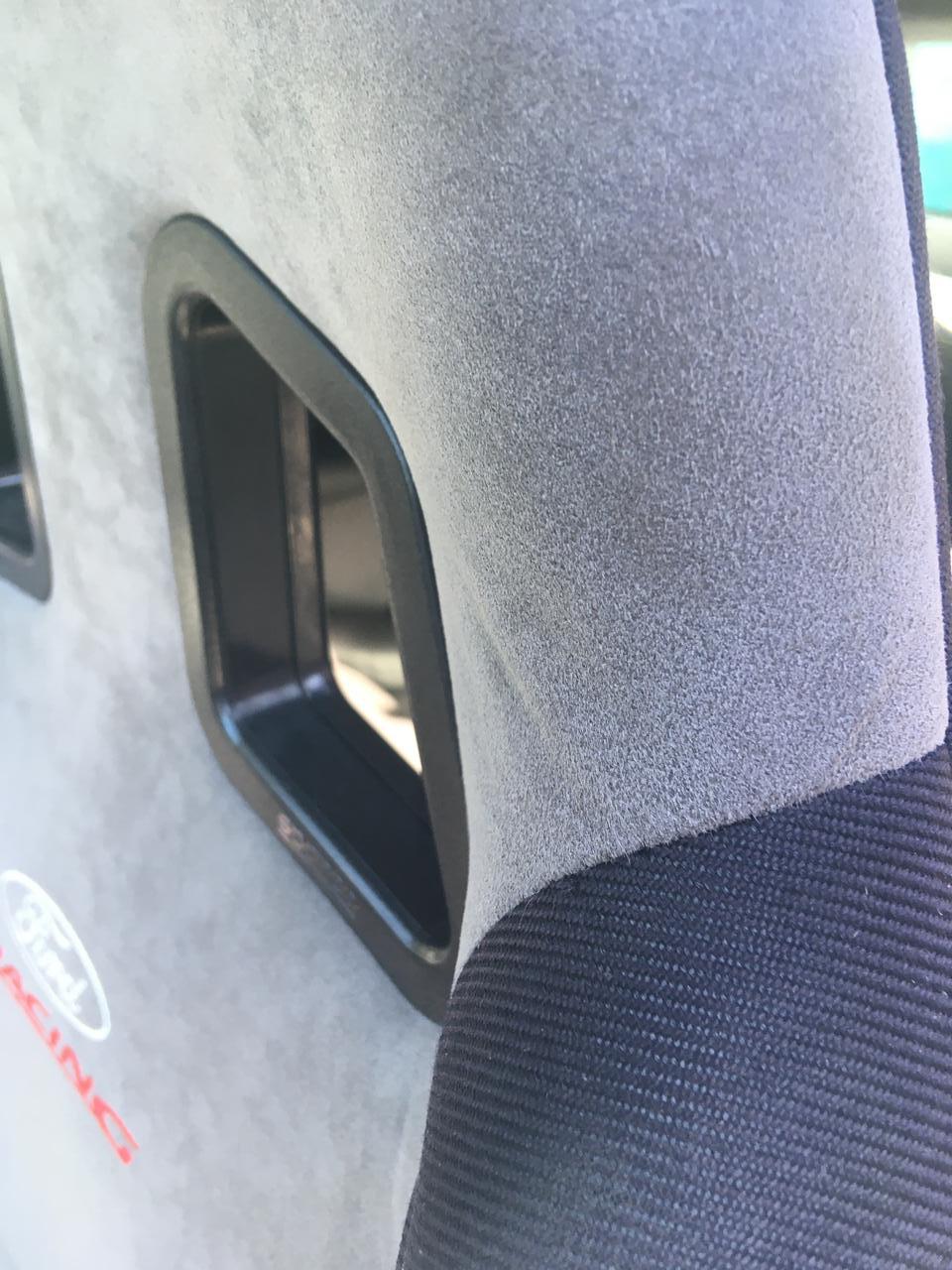 So took the opportunitiy as the weather was so nice to clean the belts and the car as well. Got myself two buckets of warm water and put some washing detergent in one (might be Arial, not sure, got it from home laundry while the better half was away

Took two clips (the IKEA type, soft plastic, mostly used for clamping food bags). With one secured the belt which was pulled out entirely and prevented it from gong back in. 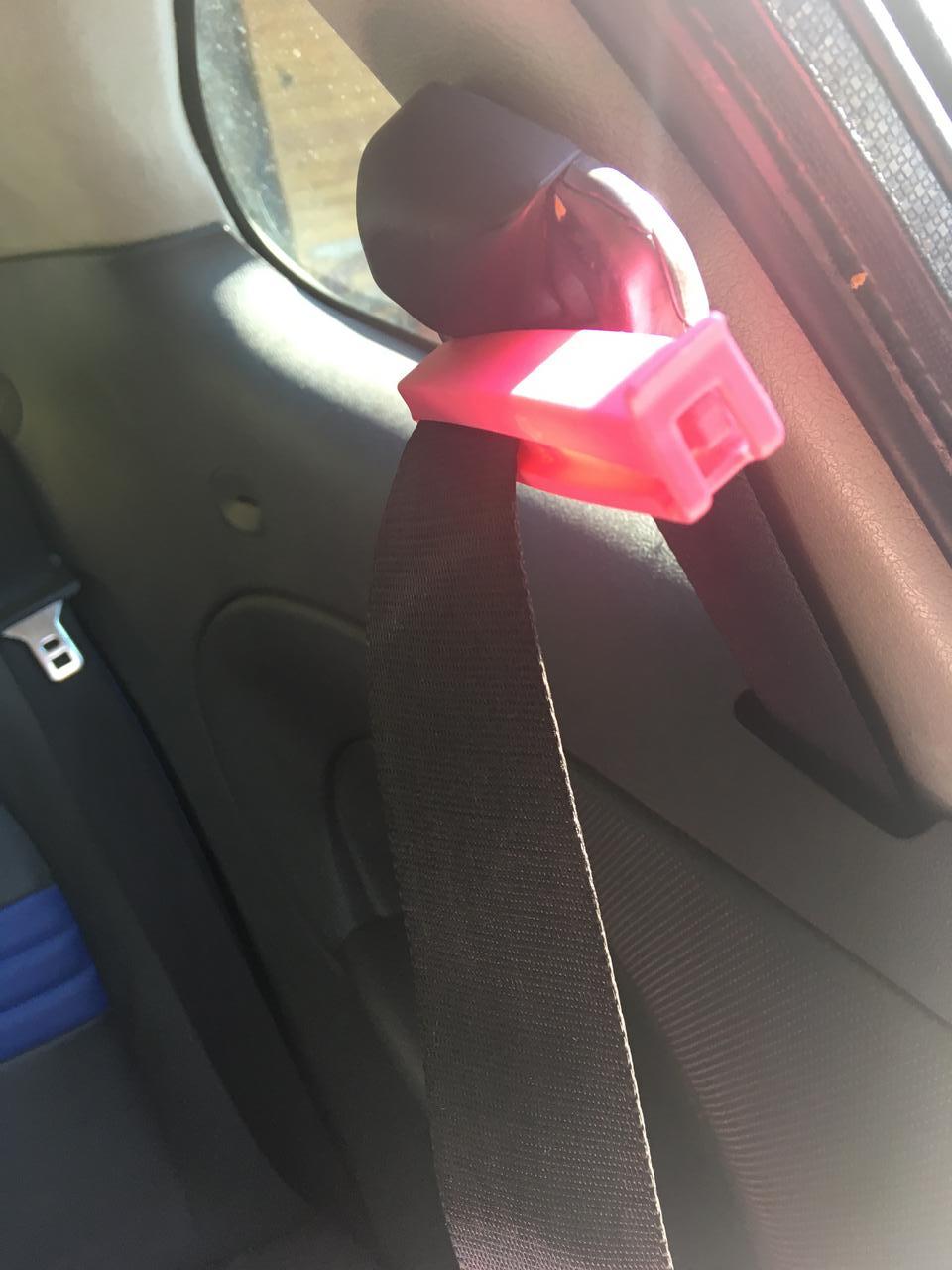 With saftey belt all the way out, put it in the bucket of warm water with detergent dissolved in it and let it soak for ten minutes or so... 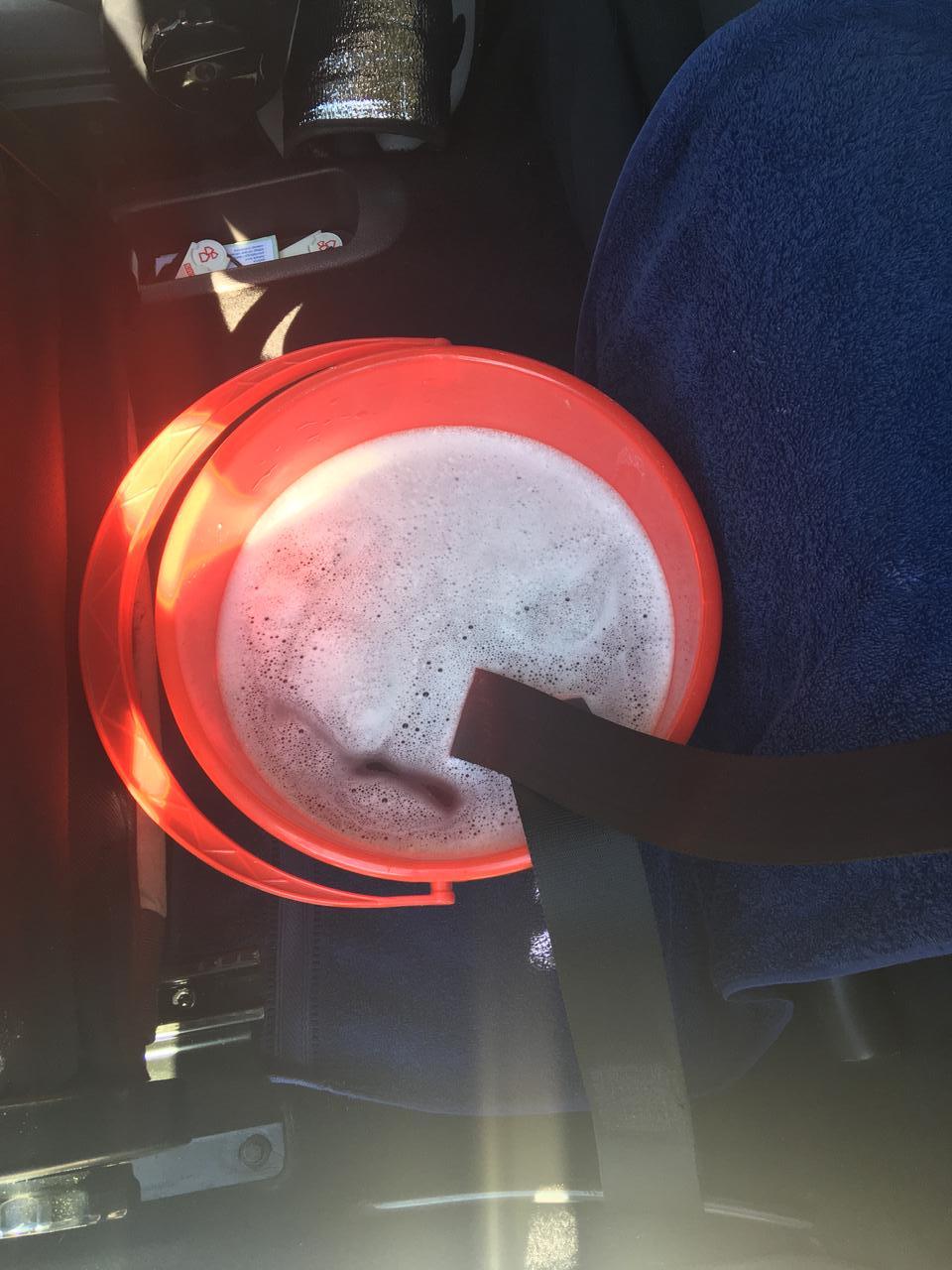 Now took the other clip and sqeezed it over the safety belt and started pulling the belt through. 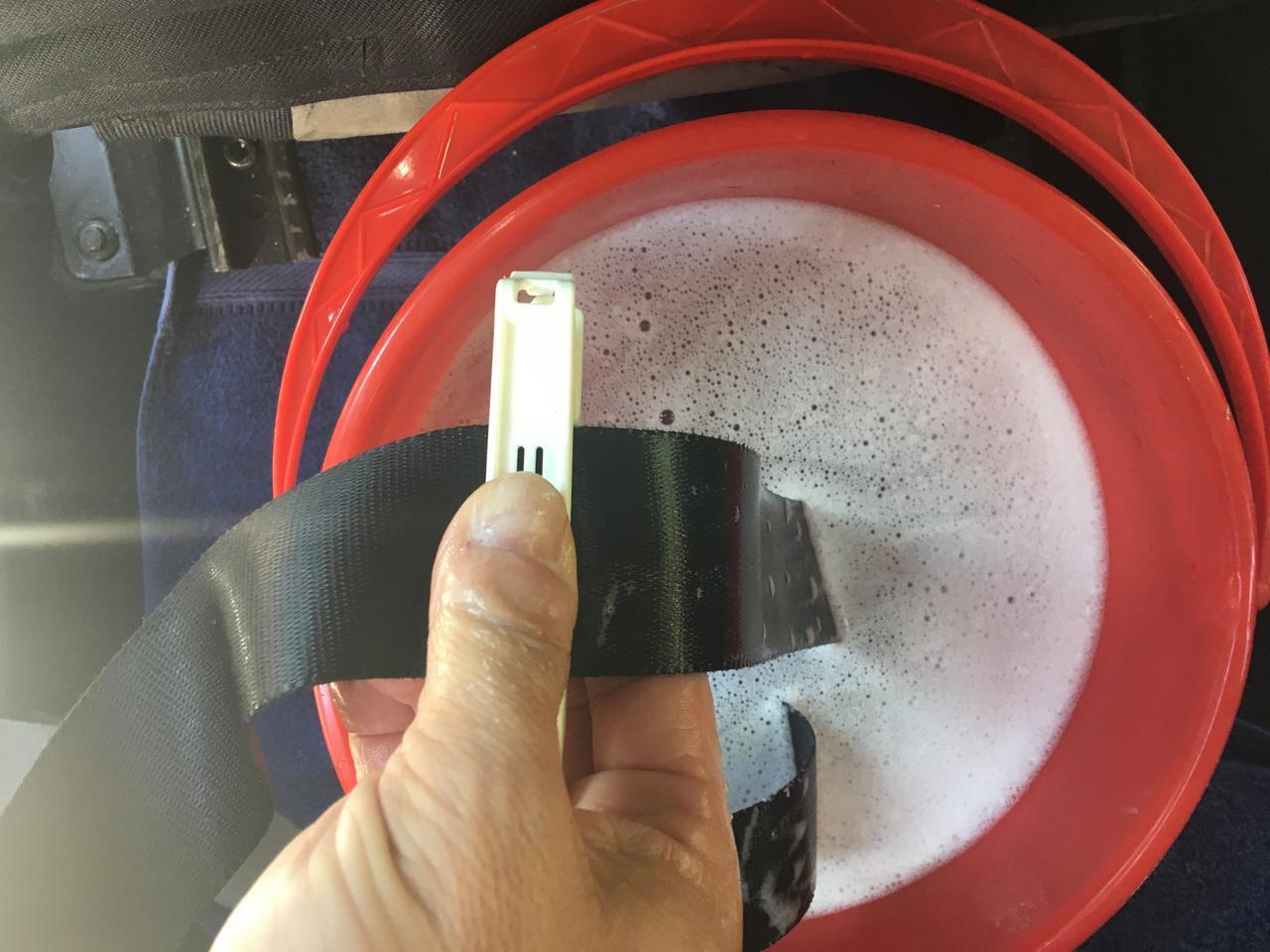 Dirt started coming off right away! 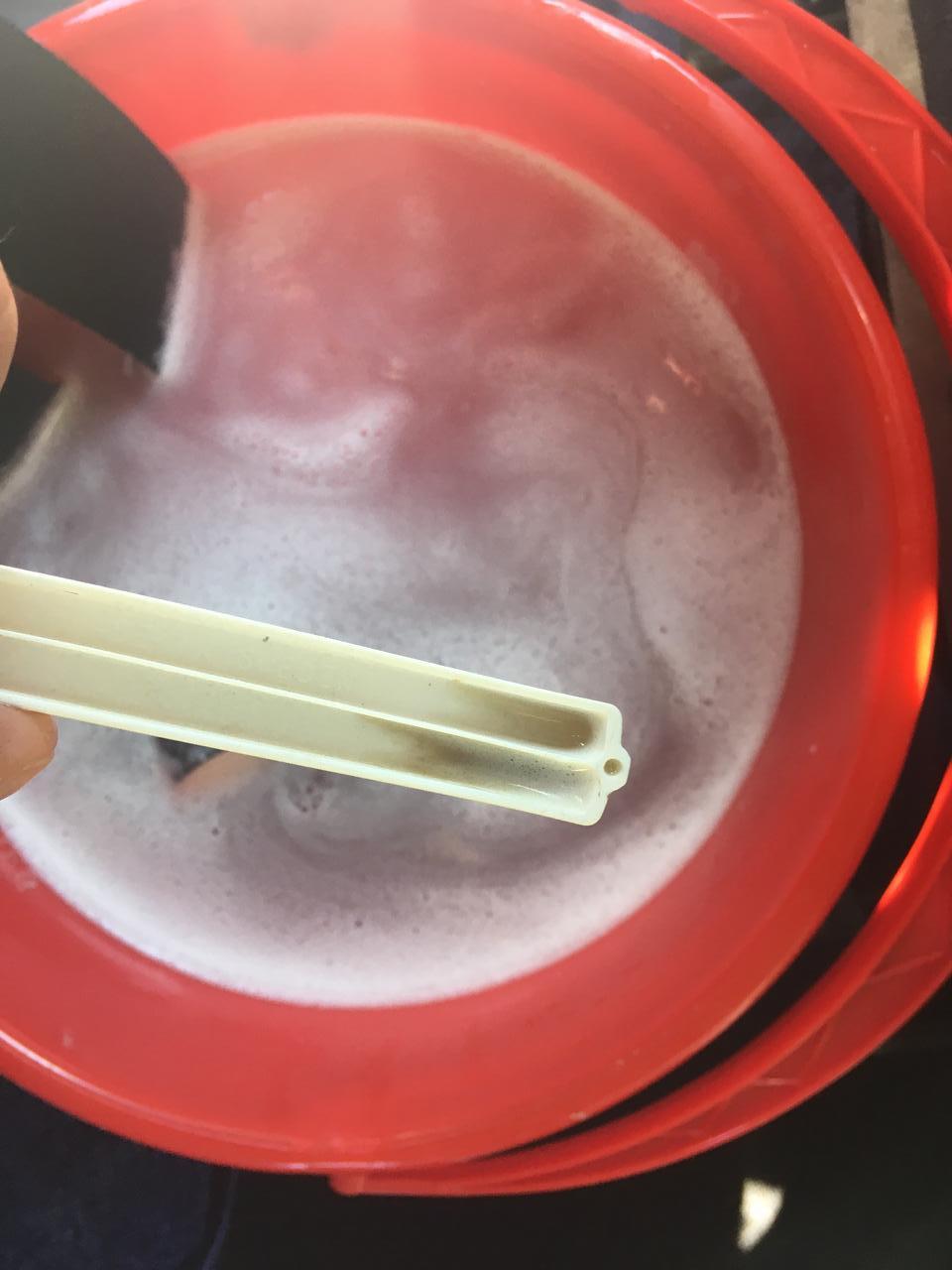 Repeated 5-6 times and let it soak again for few minutes. And repeated again 5-6 times. Now took the other bucket with clean water and put it in. 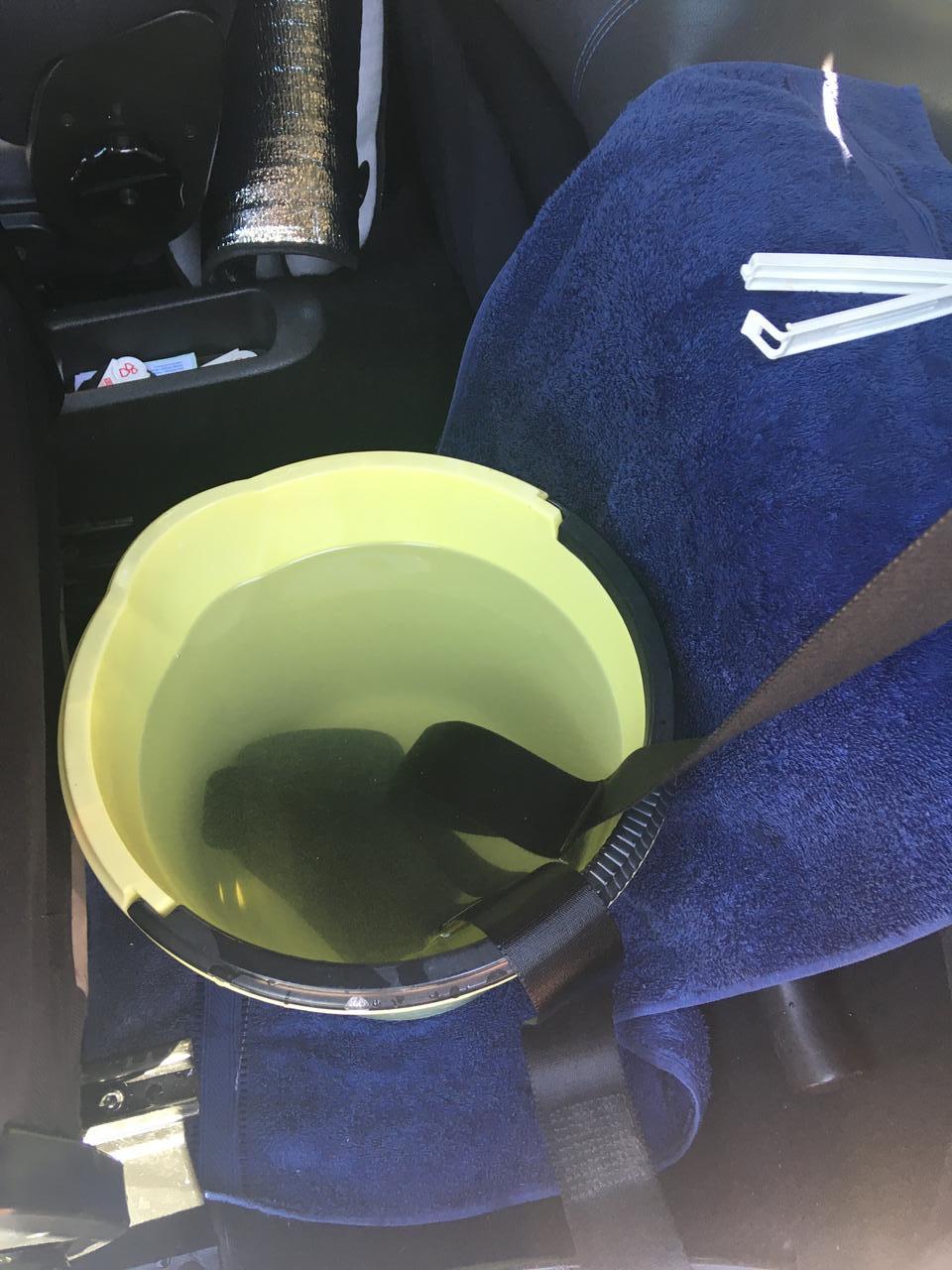 Pulled through clip but only once-twice as now there is no detergent to lubricate it and did not want to risk damaging the safety belt. The water was clear so the belt is as clean as it can get.

Used doors (exactly the right length!) to strech it for drying in the sun. 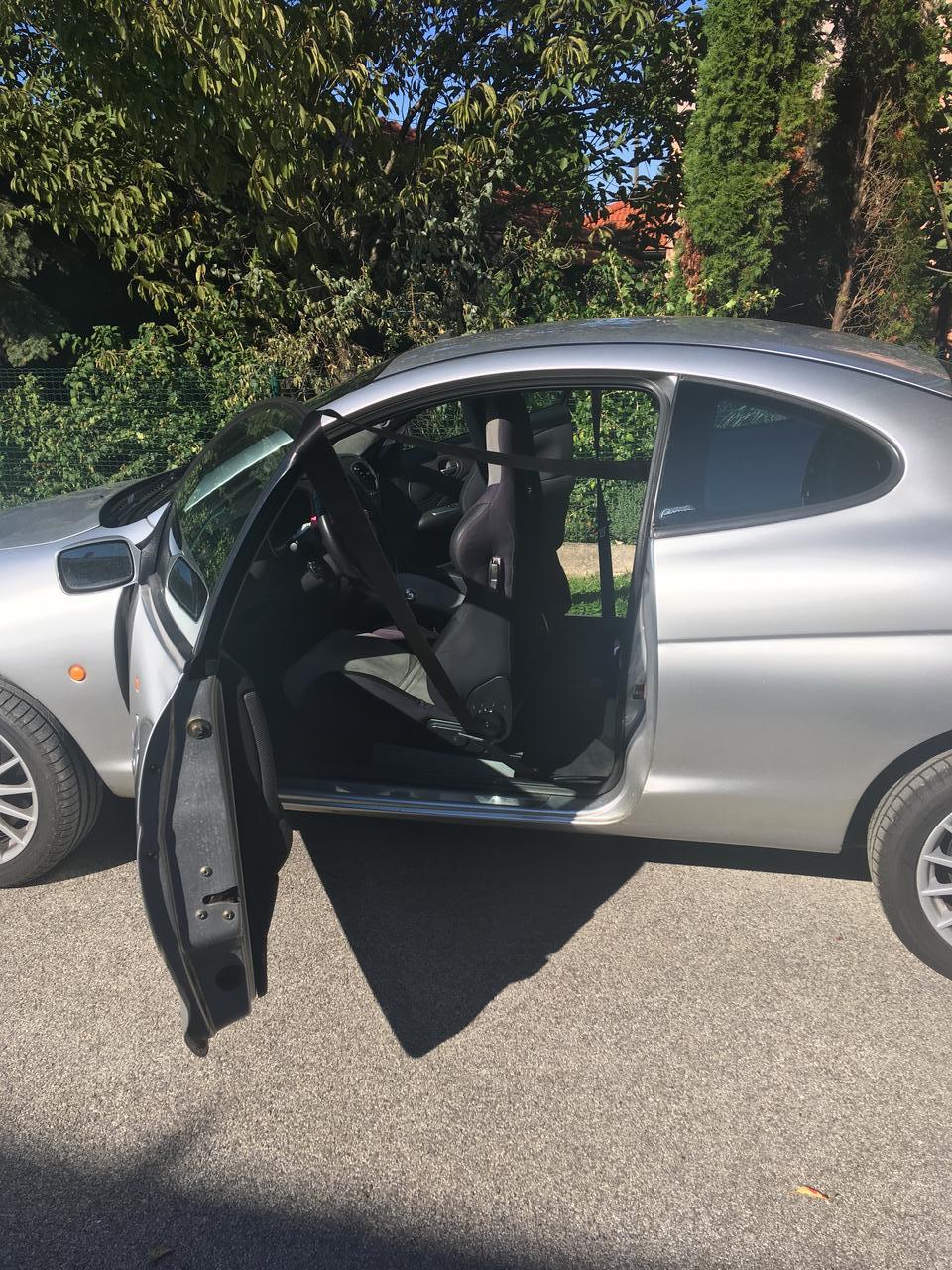 When it was dry (left it for an hour or so in the sun and wind) took the teflon spray for lubricating. Have a can of tunap 904 which is excellent. Lubricates the belt so it goes smoothly, but doesn't make it greasy! 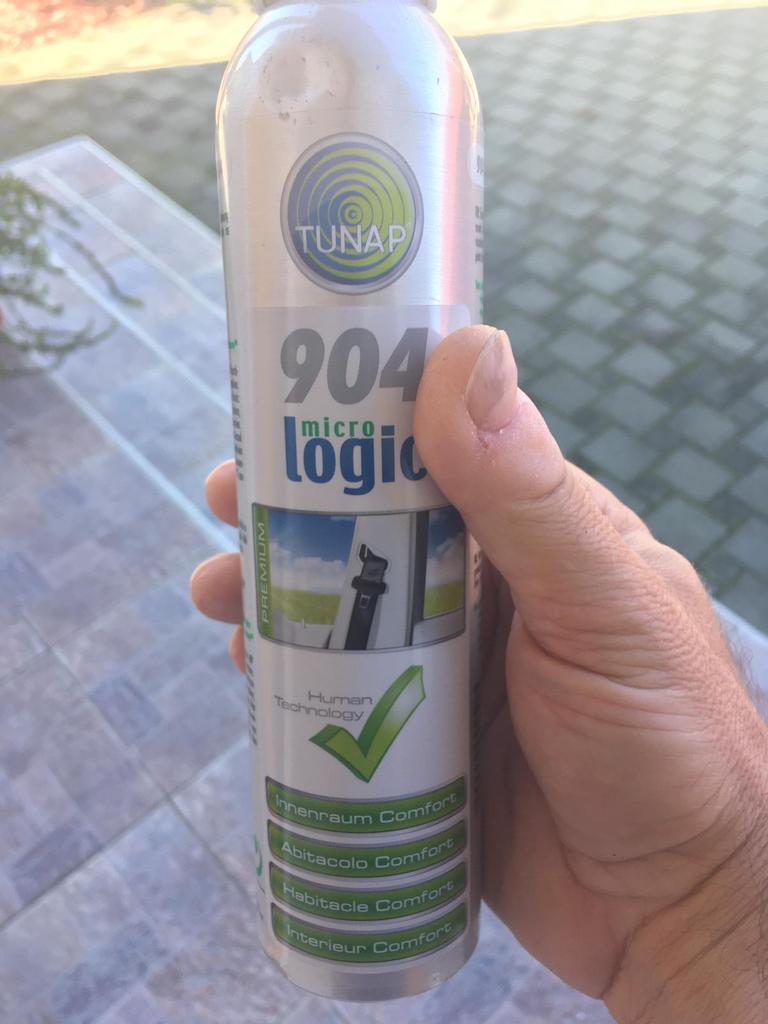 And this is how the seat looks after proper drying. 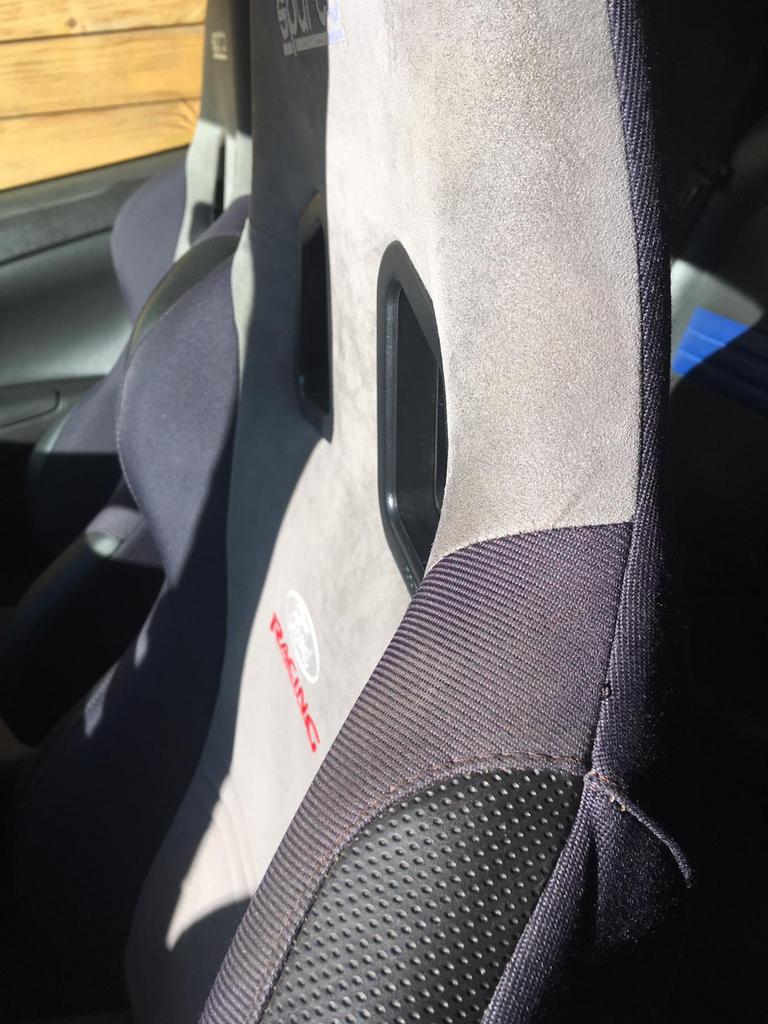 Puma also got new windscreen aerowipers as autumn is here. 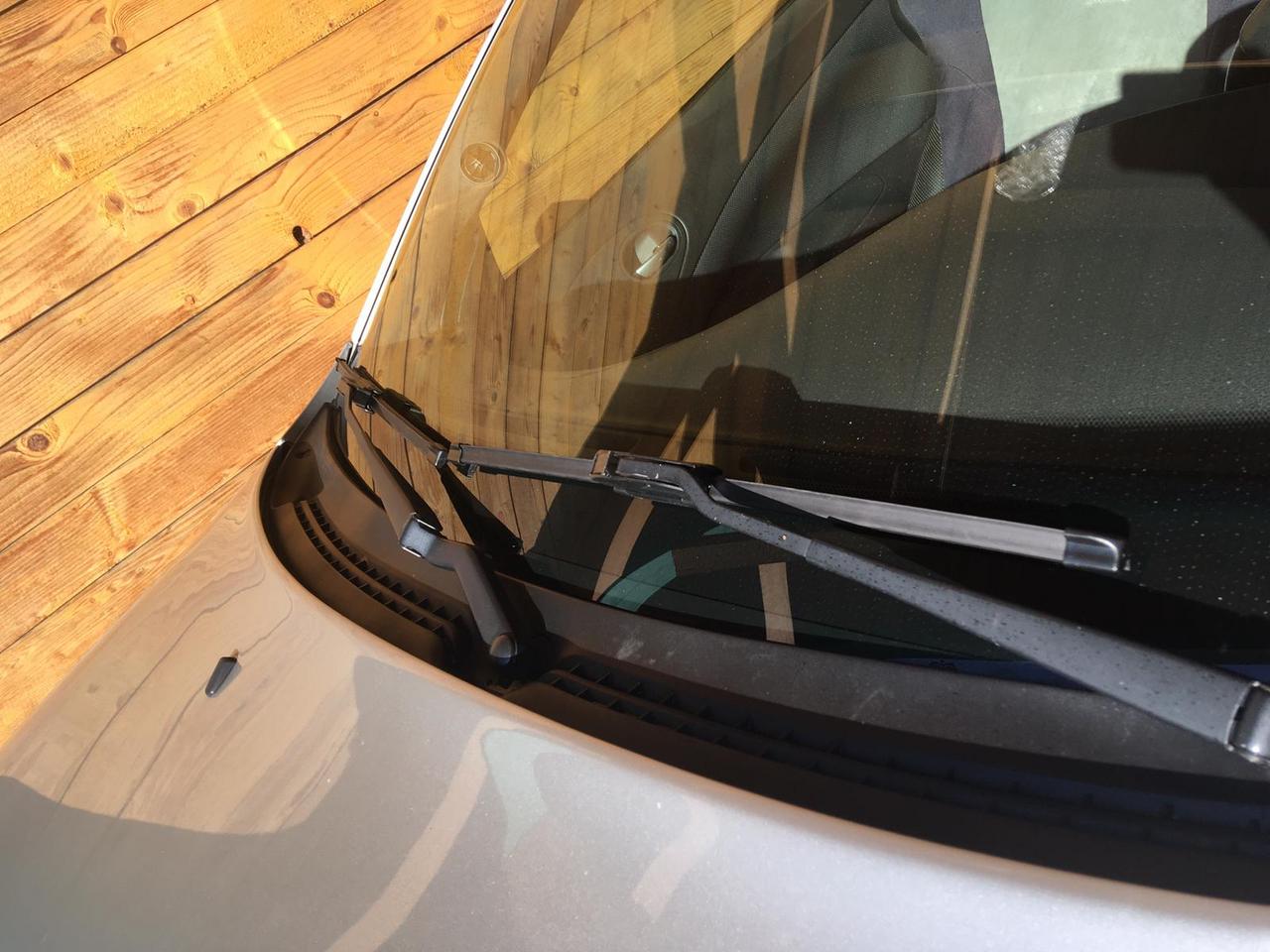 And the car in general, as it is ATM 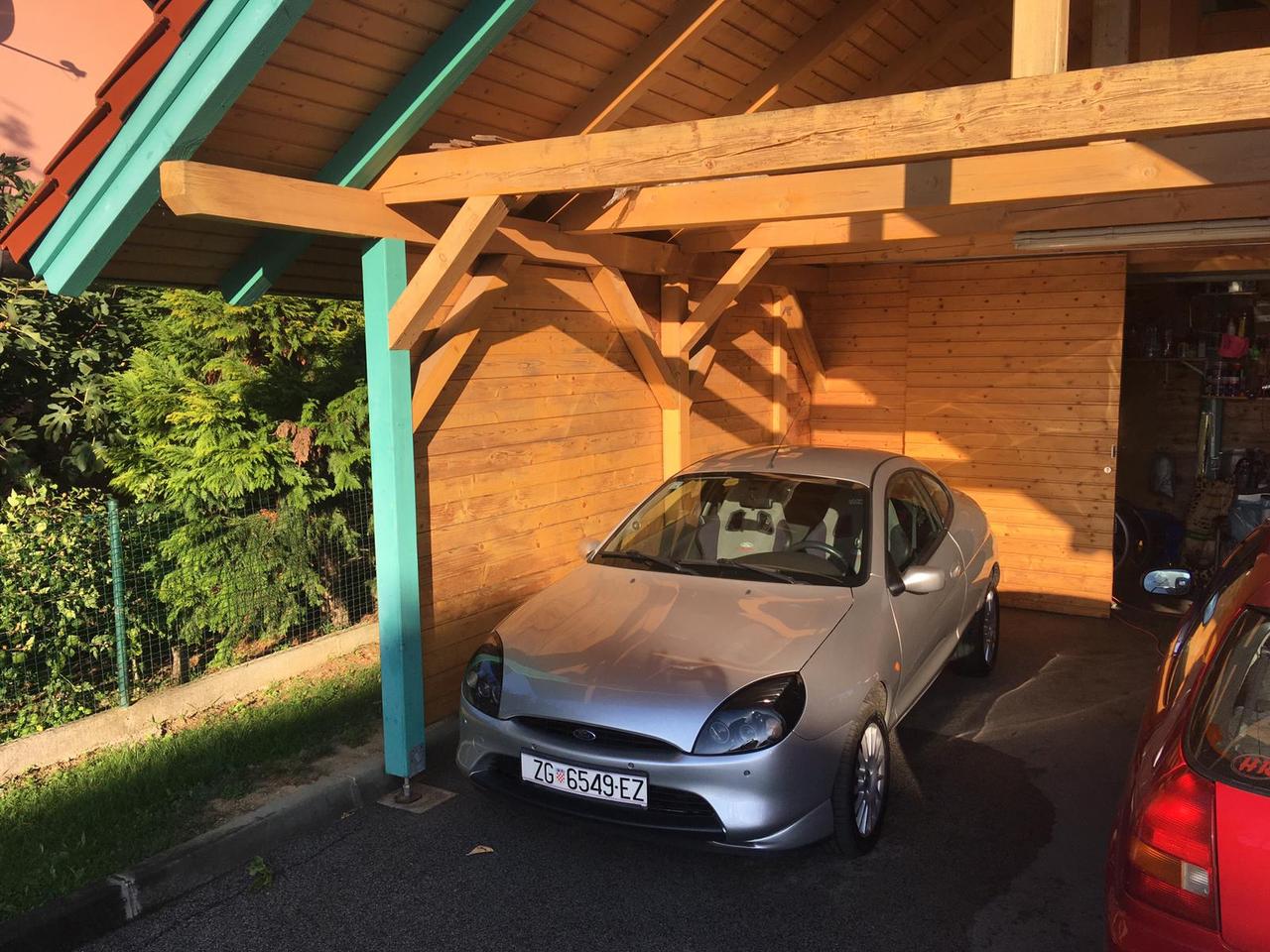 Nothing done to the car, but had a good test drive on a curvy and hilly road. The main thing is pictured here, to the right, big black thingy.... 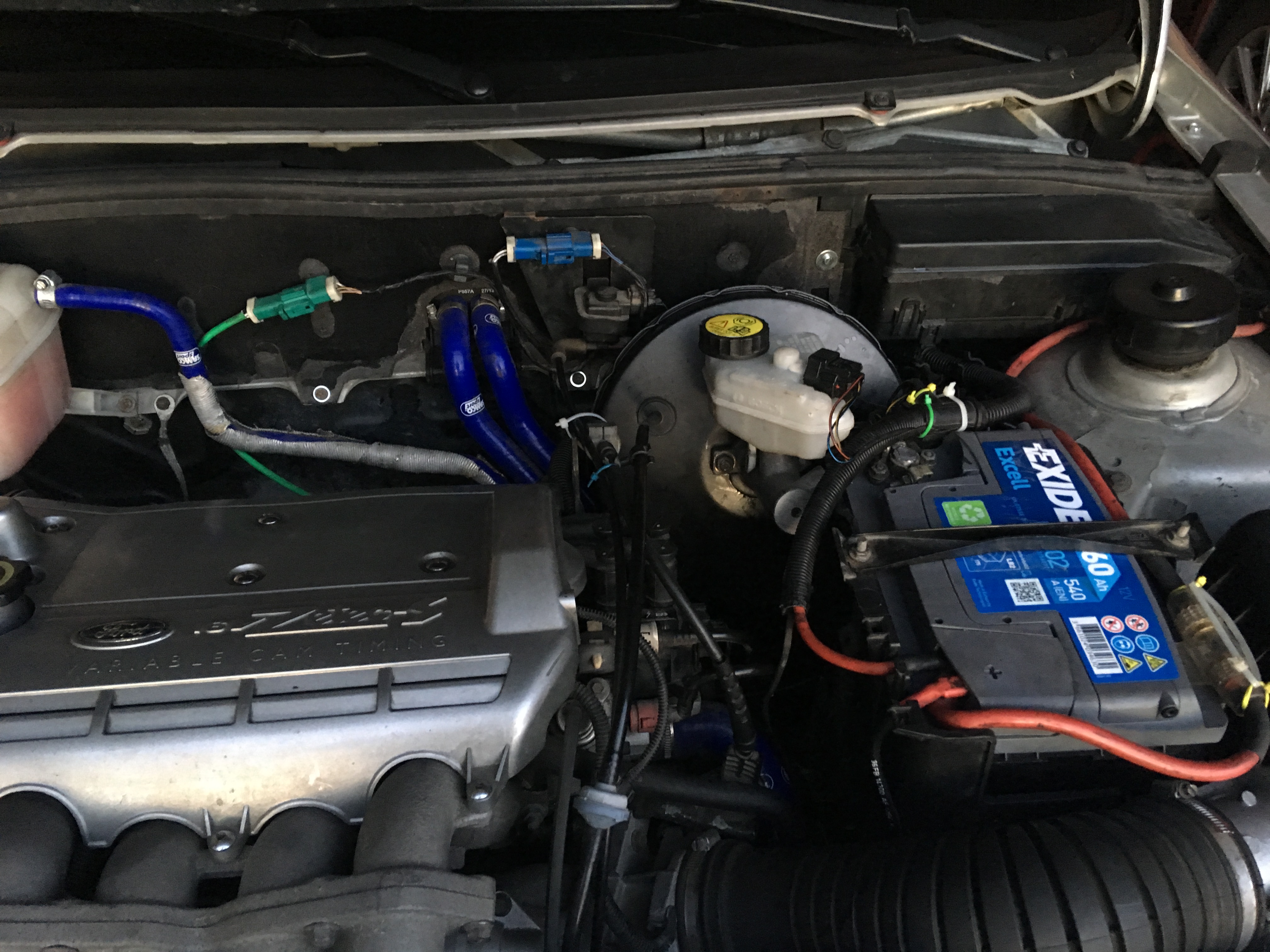 The brakes are marvelous now. Exactly how they should be with the big disc setup (i.e. ST150 280 mm front, and Mk1 focus 253 mm at back). The pedal is firm and responsive, the effort to activate them is spot on and should you feel the need to brake harder whilst braking already, there is always enough of assistance from servo and enough of pressure in master brake cylinder which does not max out as the original one.
I am really curious how FRP brakes operate with twin piston setup at front and stock MBC? IMHO the mondeo Mk3 servo-MBC upgrade is the way to go after you have upgraded the brakes on puma.
Really, really pleased with the outcome of this operation. The car is, brakewise, ready to accept the more powerful engine

Nice one, I've been looking at doing this myself. Were the mk3 bolt holes for the servo the same as the pumas?
So other than the wiring for the plug and the brake lines it should be a straight swap?

I've noticed the newer MK4 master cylinder is cheaper to buy and the connections for the brake lines are in the same place as the puma's, but the reservoir will need swapping. Which could give same problems as the st150 part.
0 x
Top

st220kyle wrote: ↑
Sun Dec 01, 2019 1:29 pm
Nice one, I've been looking at doing this myself. Were the mk3 bolt holes for the servo the same as the pumas?
So other than the wiring for the plug and the brake lines it should be a straight swap?

Exactly. The servo is bolt on job really. You will find out that the pedal sits a bit lower though so some spacers will be needed or trying to get the rod from mondeo as well.
0 x
Project JASAPP
http://www.projectpuma.com/viewtopic.ph ... 70#p327270
Top

Hi there
Did you ever get this going

What do you mean
0 x
Who knew owning a cat becomes and obsession!!
Top

The brakes are working perfectly. If you are reffering to the ecoboost engine swap project, it is waiting for the weather to warm up a bit: all the bits and pieces are there. Now it it 'just' a matter of bolting it all together...
0 x
Project JASAPP
http://www.projectpuma.com/viewtopic.ph ... 70#p327270
Top

Cool look forward to seeing your progress, I have seen a couple of EcoBoost swaps in magazines, SDS delta are now selling of the shelf stand alone ECUs so it’s a little easier.
0 x
Top

Yes, I got myself one as well. Although, would love to crack down the canbus thing and use the stock Ford one for peace of mind regarding the cold start performance etc...
But can't find a good how to on creating your own canbus. There are books floating around mainly adressing the reverse engineering of canbus and recognizing the data you get, but not how to make a canbus system from ground up. If someone has a book to recommend that does that, I would be vey grateful.
Last edited by Wild E. Coyote on Tue Feb 25, 2020 5:15 pm, edited 1 time in total.
0 x
Project JASAPP
http://www.projectpuma.com/viewtopic.ph ... 70#p327270
Top

Have you seen the ford performance 2.3 crate engine, retrofit ignition data sheet, I’m sure the last time I looked they we’re doing 1.6 & 2.0 kits but it had some US legal statements attached about it being street legal.
https://performanceparts.ford.com/downl ... %20PDF.PDF
0 x
Top

Only 2.0 liter option is listed now. I am almost 100% certain the 2.0 liter kit would work on 1.6 as well with different PCM, but...
Anyway, it is water under bridge now, as I have collected everything already and will be sticking to SCS Delta option for now.

Cheers for the link. Makes you wonder why is Ford in Europe so restrictive regarding these things...?
0 x
Project JASAPP
http://www.projectpuma.com/viewtopic.ph ... 70#p327270
Top

Have you got a wiring diagram for the 1.6 EcoBoost ? That would probably help loads!

Pehaps you haven't realised I am using stand alone SCS Delta ECU that can run fuel pump. The existing fuel pump can be used as low pressure pump (the high pressure is in the head activated by camshaft). Fuel pump will keep return line as ECU can only run it at constant speed, same as it is in the car now; not on demand. The plan is to keep the original PCM and let it run dash as it is now with exception of rev counter which will be run bu SCS Delta.
0 x
Project JASAPP
http://www.projectpuma.com/viewtopic.ph ... 70#p327270
Top
Post Reply
367 posts