Hi all! I will use this topic as sort of a diary for my very own Puma project. The goal is to exchange the 1.6 engine in my Puma for a 1.7 and create a good handling car I can use both on the road as well as on the track.

I know, swapping a 1.6 for a 1.7 does not sound very sexy or challenging, but this is the first time I will be swapping an engine. Furthermore, I don’t have much experience in car mechanics. But, with the help of a skilful friend and of course this forum, I have every confidence to embark on this journey.

So, why this swap, you might ask… Well, I drove a 1.6 for half a year when the engine started making rattling noises. It turned out either the big end bearings or the rod bearings (or both) are on their way out. However, I don’t want to say goodbye to the Puma, and I like a bit of a challenge. So there you go, before I knew it, I bought a Puma 1.7 with major rust but a good engine. This car is going to be the donor car, and my 1.6 will receive a heart transplantation, as well as some other nice goodies from the donor car.

First a little introduction of the cars.
The base car is a 2001 built, but 2003 registered, Puma 1.6. It is actually the last Puma registered in The Netherlands (not counting import vehicles). The odometer reads 280,000 km, and in the 20,000 km I drove with it, it proved quite reliable. The overall condition is good, but is has not escaped the rust monster. Both rear wheel arches are starting to get a bit crispy. Right now, it’s not a big deal, as it passed the MOT just a week ago. But we all know how rust behaves… So this will need to be addressed while/after doing the engine swap.

The donor car is a 1.7 version built in 1999. The previous owner wanted to create a track car, but didn’t go beyond stripping the interior and fitting a custom exhaust. When stripping the interior he found some surprises hidden beneath the carpet: rust. There are three or four spots in the front occupant area which are so heavily rusted that you can actually look down through the floor on the tarmac. This is an unquestionable failure for MOT, so he decided to sell the car. Despite the rust, the engine is good, and with 160,000 km on the odometer, it will be ready to take on some more.

So coming up are updates of my progress with merging the two Puma’s into one, so to say.

Before it all begins... 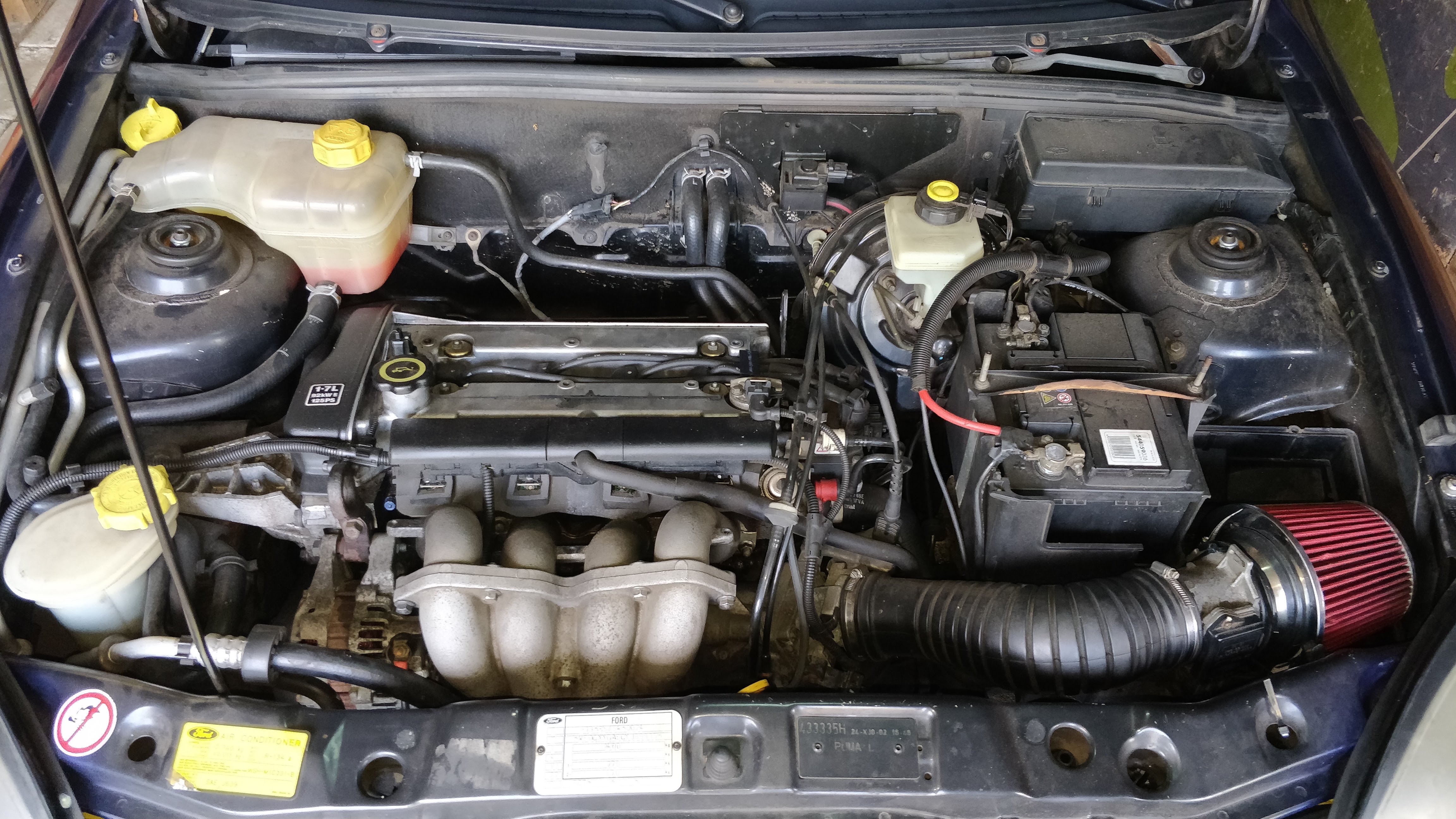 If you look closely, you will see that not all of the oil is actually in the engine

99% sure this is a failing rocker cover gasket, which I will fix when the engine is out. 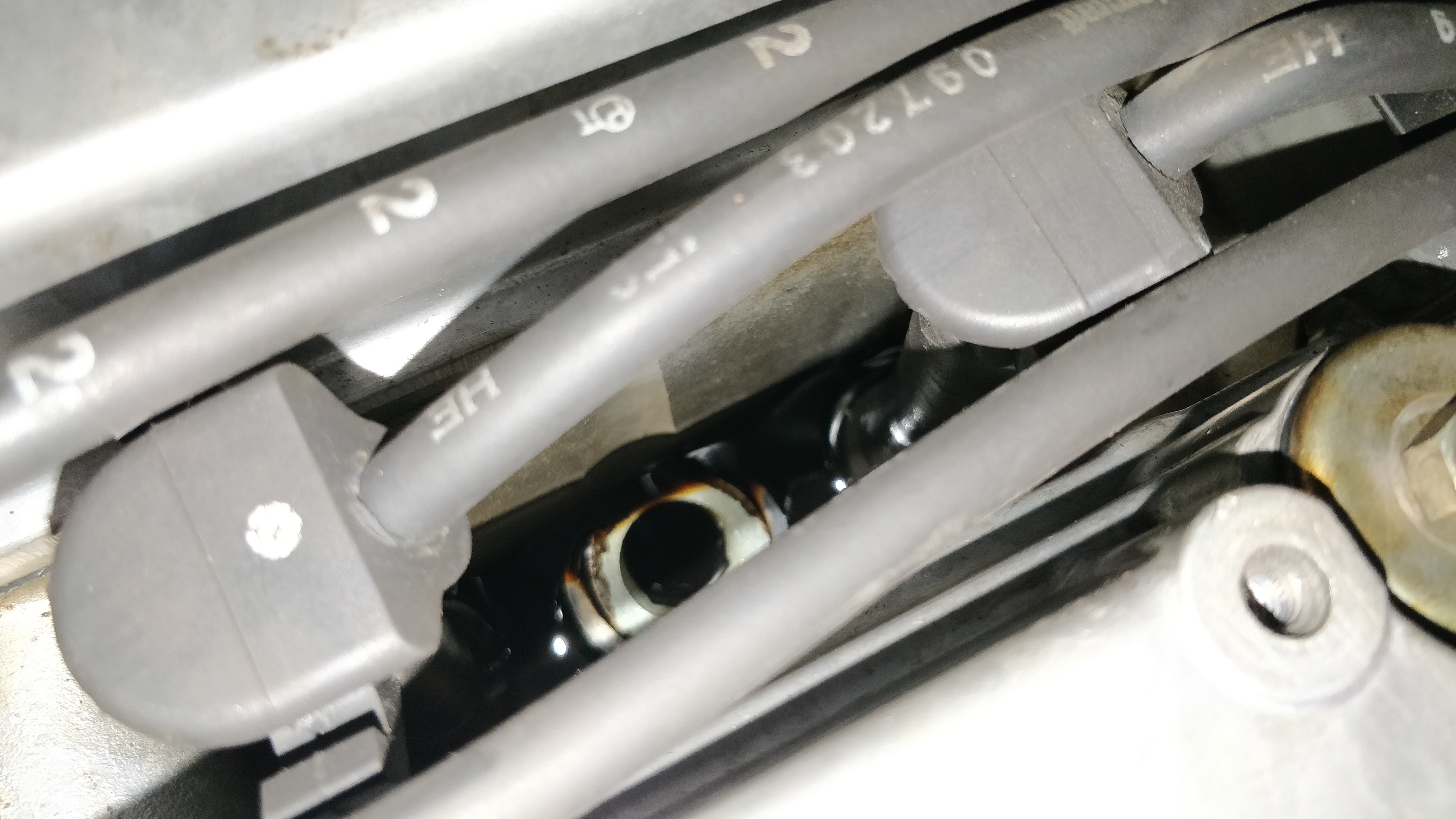 And this the end of day 1. Battery, air filter housing are out, major engine cables loose, coolant out, fan removed, injector rail gone, vaacum and coolant hoses out, and probably some more 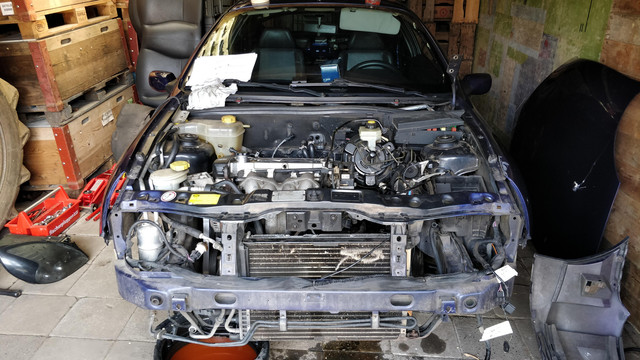 We evantually tried to understand the engine/ECU wiring, because the complete engine loom needs to come out. This proved to be a bit of pain, so we decided to call it a day.
Last edited by PVB507 on Tue Aug 04, 2020 9:06 pm, edited 3 times in total.
1 x
Top

Today I decided to get the front seats out to get better access to the ECU and correspoding cables. The seats in this Puma are actually the leather Recaro's which I'm pleased with. I don't have a picture of the specific seats, but I borrowed this picture below from the internet.

After removing the seats I found out that the drivers' seat has electric height adjustment. But it's been connected in such a way I doubt the connection is factory. The cable was hanging loose, not bundled in the cable boom going to the rear, and the connection to the cables beneath the dashboard seems home-made. 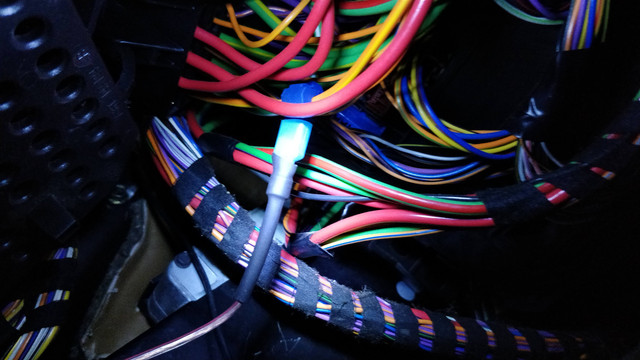 After removing the seats I had some proper room for investigating the location of the ECU, which is in the drivers' footwell (LHD car). The bracket came lose pretty easily, it seemed it had been out before. Then disconnected the big plug by loosening the bolt and pulling the plug out. 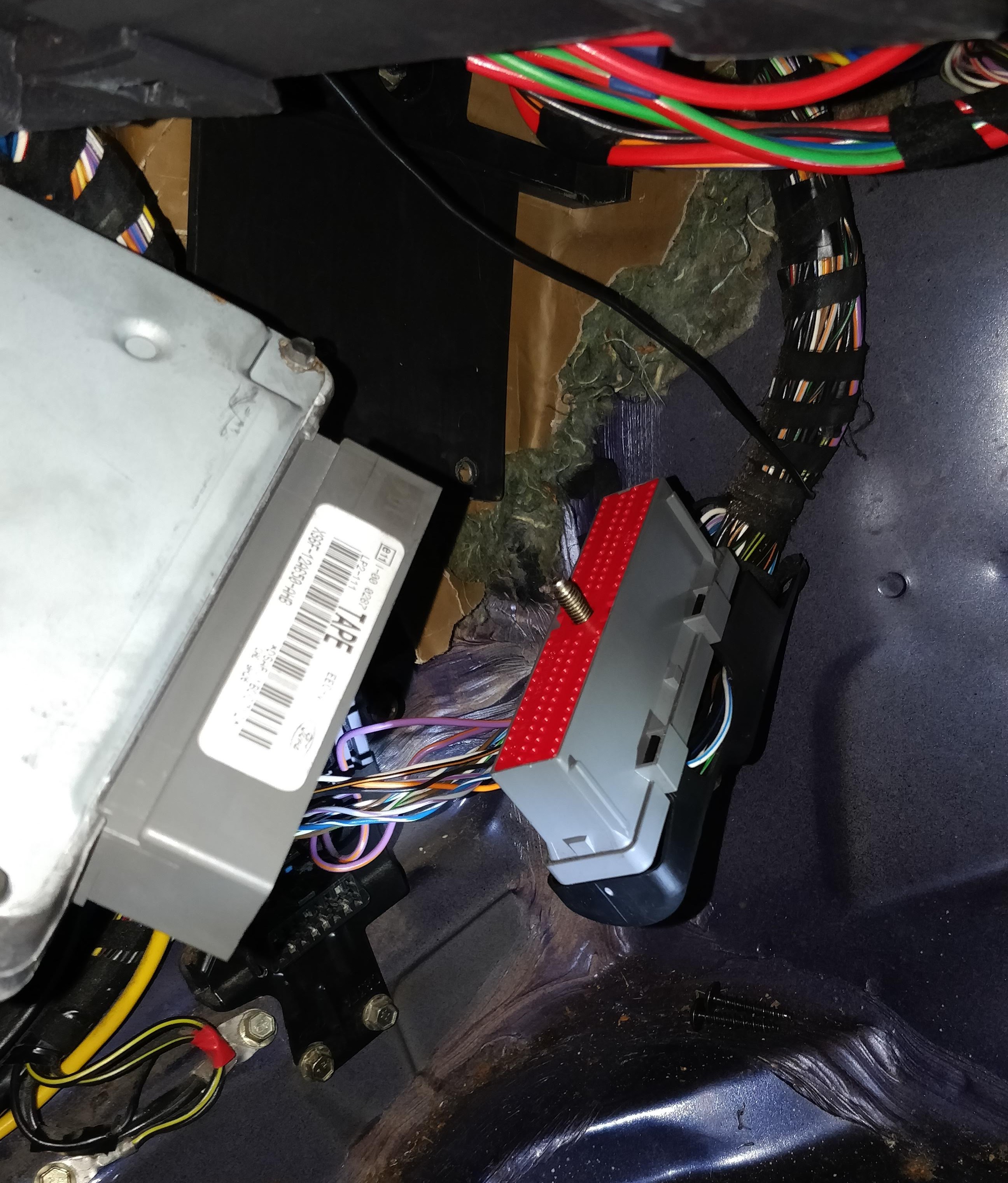 I'm sorry, the link to the photos was not working. Now they should show up.

Tape ECU, nice, should get the Errol FRP map on there

Hi PVB507. I think you have posted to fb group also. I have made a similar engine swap (1.4 to 1.7) which was also my first swap. Very straightforward. Feel free to ask anything (it's been some years since I've done it but I remember some things.

For the loom you disconnect the two rectangular big plugs in the engine bay fusebox. And also the two small rectagular fuses with two fat red cables going in each of them. These are the cabin loom connecting to the engine fusebox. You replace the whole engine loom + engine fusebox from the donor. The engine loom connectors are quite simple. There are about 10-15 of them. VCT, injectors, P/S, A/C, fans, ABS, IAT, ICV, MAF, coolant temp, TPS and maybe a few more that I'm not recalling right now.

red wrote: ↑
Fri Jul 31, 2020 9:46 am
You should label the wiring so you know what connector is for what when it comes to reconnecting

Thought of that already haha. Masking tape and markers are being used actively, otherwise I will be lost completely when getting the engine in.

I think that's someone else

I'm on a Facebook group but I haven't posted anything. Thanks btw, will do when I need help!


siju wrote: ↑
Fri Jul 31, 2020 11:21 am
For the loom you disconnect the two rectangular big plugs in the engine bay fusebox. And also the two small rectagular fuses with two fat red cables going in each of them. These are the cabin loom connecting to the engine fusebox. You replace the whole engine loom + engine fusebox from the donor. The engine loom connectors are quite simple. There are about 10-15 of them. VCT, injectors, P/S, A/C, fans, ABS, IAT, ICV, MAF, coolant temp, TPS and maybe a few more that I'm not recalling right now.

Yes, it's actually quite simple, looking back now it's been al disconnected. Now that I know what has to come out, disconnecting the 1.6 loom will be much easier and faster
2 x
Top

This day consisted mainly of pulling all remaining connectors and cables. There are quite a bit, but like Alex said, it's quite a straightforward process. All connectors got out easily, nothing broke luckily. Also dug a little bit deeper into the loom coming from the fusebox and going into the firewall.

This picture shows the fusebox. The big white and green connectors, and the smaller red ones all go into one loom, into the interior (ECU). This loom needs to come out, including the ECU connector, the OBD port connector, another connecter next to it (of which I don't know the function) and the cable to the fuel pump. 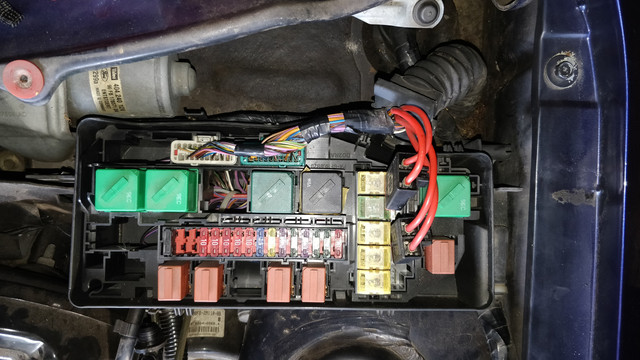 This pic shows the ECU connector. Out of it comes a set of cables going to the OBD port, the fuel pump and something I don't know the function of (it's on top of the OBD connector) 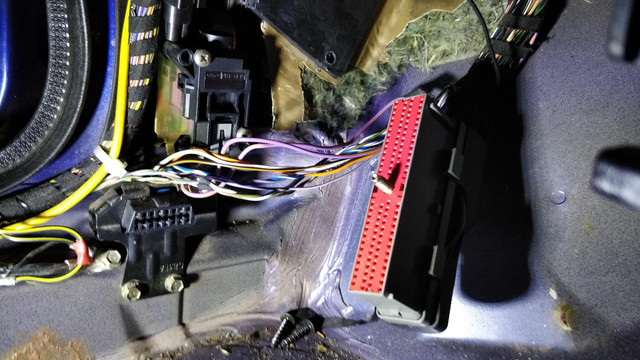 And this is the result of an evening pulling cables. You can see the engine loom which is normally running across the front crash bar hanging to the side. 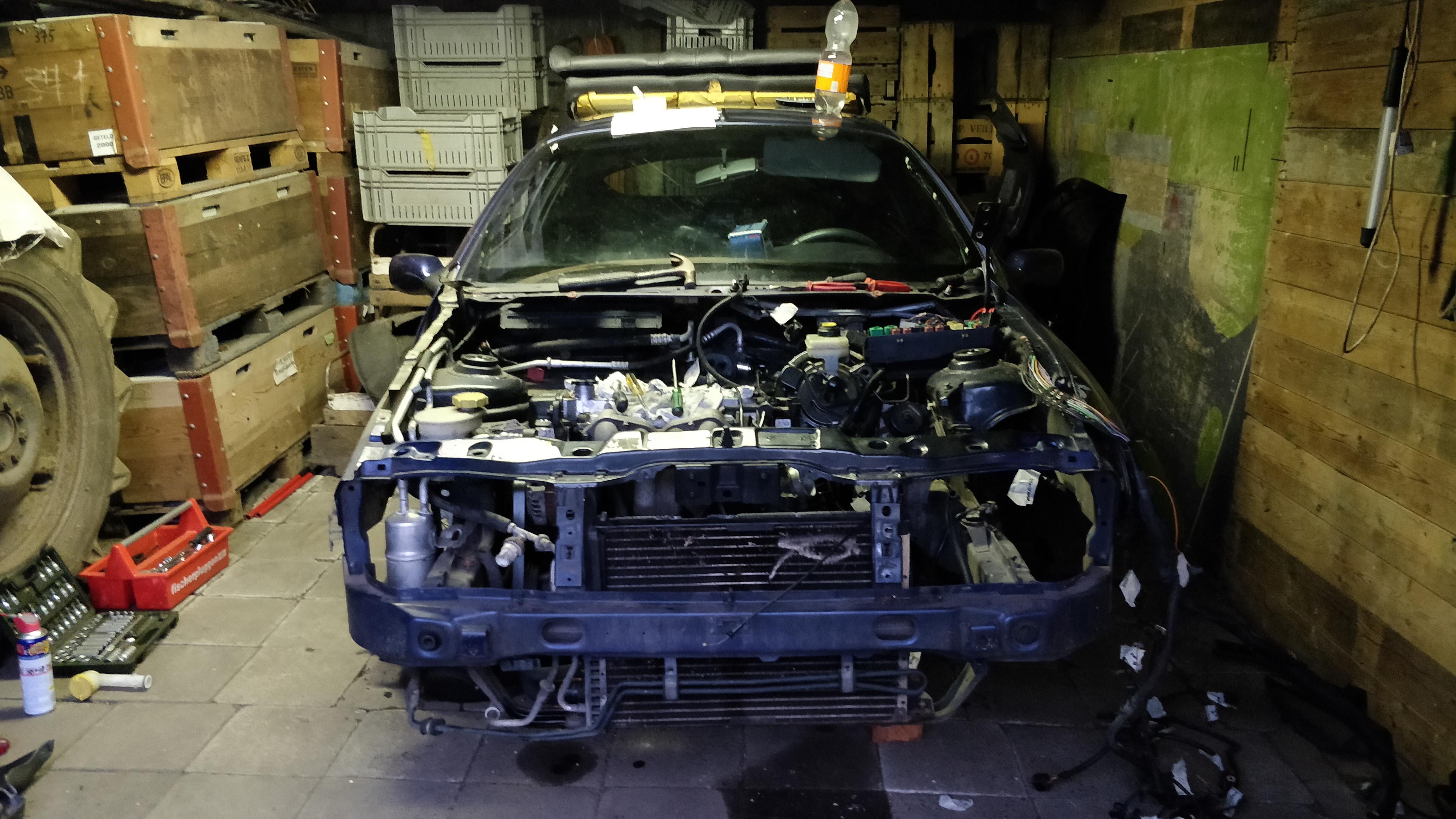 You guys have helped me a lot with figuring out the removal of all cables, thanks a lot! The only thing I'm not sure about right now is the cable going to the fuel pump. As far as I can see the tank will need to be dropped in order to get to the pump and disconnected the wire. Is there another way maybe?
0 x
Top

Cable to fuel tank?
That stays where it is, you shouldn't need to do anything with that as it's part of a different loom.
No need to drop fuel tank.

Are you getting confused with the rear abs loom? This runs to back of car also and finishes up near fuel tank.
0 x
Top

Rear ABS loom/cable will be the one you need to pull out.
0 x
Top

Ah, it's the ABS of course

Never thought of that. Saves me some work with the petrol tank

No updates untill further notice, we are experiencing extreme heat here in Holland, so the Puma is currently on hold. But if you guys could give some tips on getting the suspension and brake bolts loose, let me know! The brake caliper bolts for example, have already been sprayed by a lot of WD-40, but they won't give in..
0 x
Top

Day 4 - Engine out!
This week we made great progress! The weather became much better to work in, so we queued the music and got to work.

First thing on the agenda was removing the strut towers and wheel assemblies. After that, the axles came out, gear linkage detached, exhaust out, gearbox mount out. 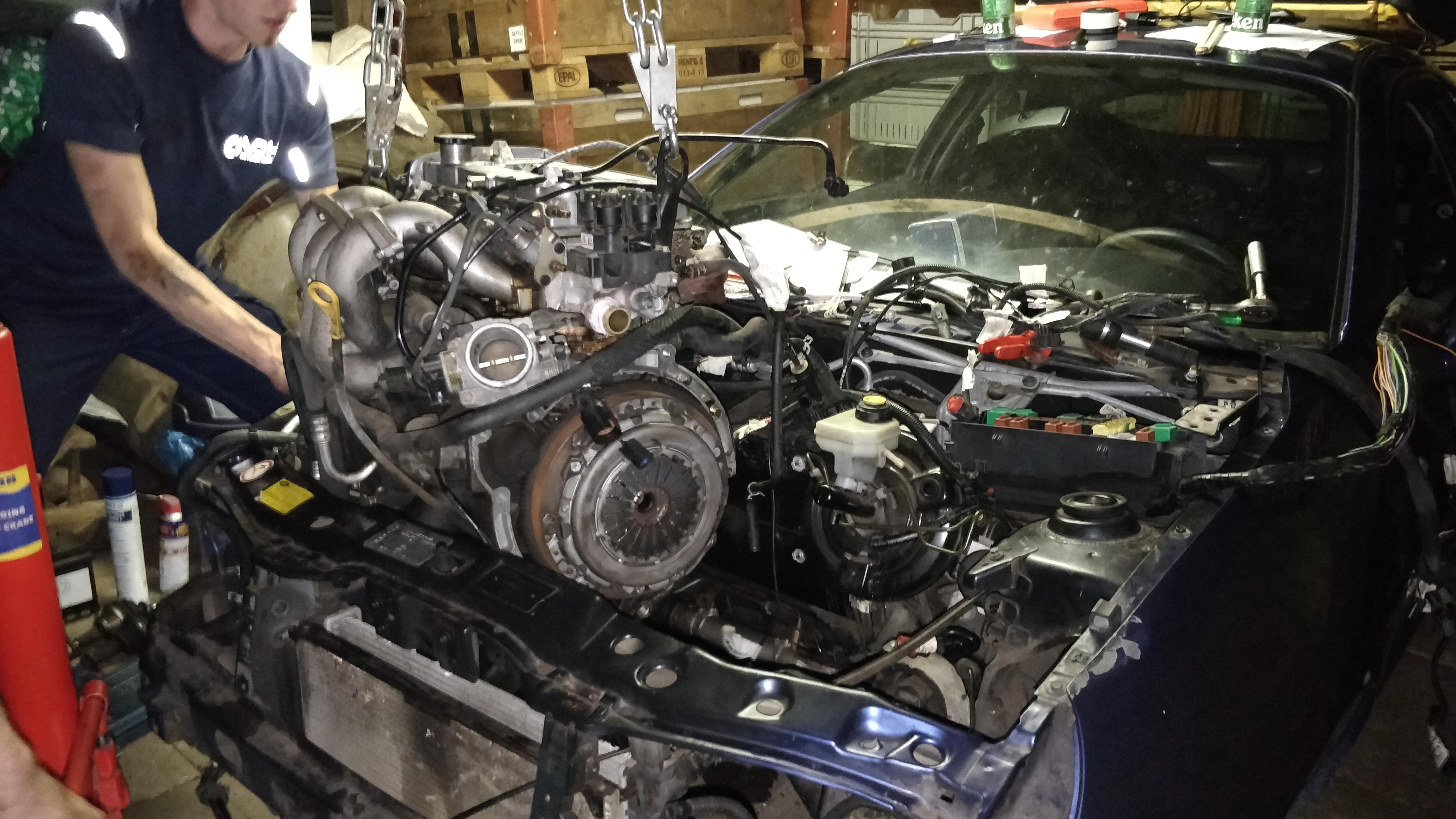 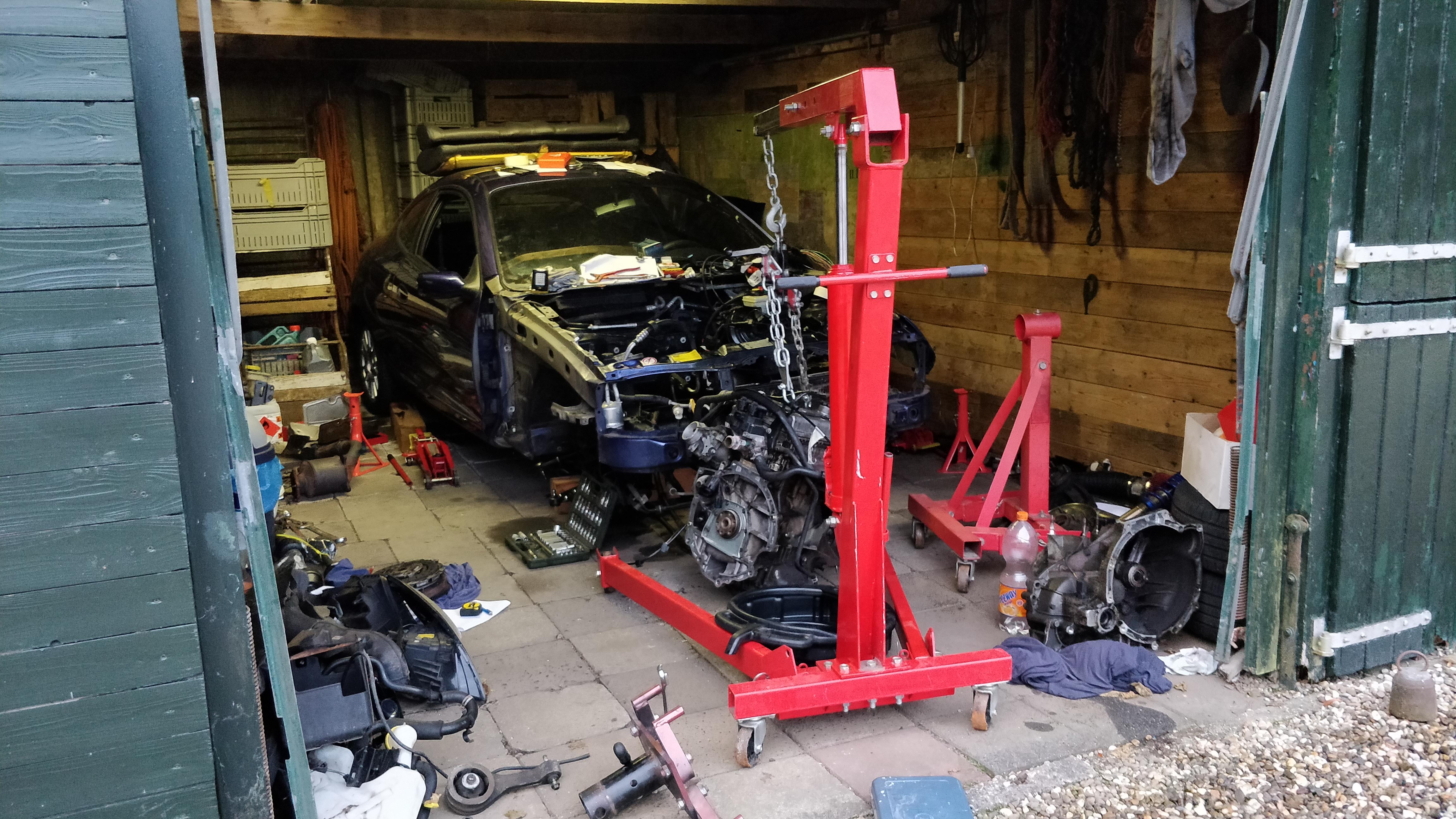 Now that this Puma has served its purpose, it's time for my original Puma 1.6 to move into the shop. But first a bit of cleaning, because as you can see, the shop is a bit of a mess.

Guys, as unexperienced as I am, I am a bit nervous about putting the engine on a engine stand. I am particularely nervous about the bolts. The lower two are 10.9 grade bolts which are strong enough. However, the upper two are original gearbox bolts, and I'm not sure if they are suited for this job. What do you guys think? Let me know... 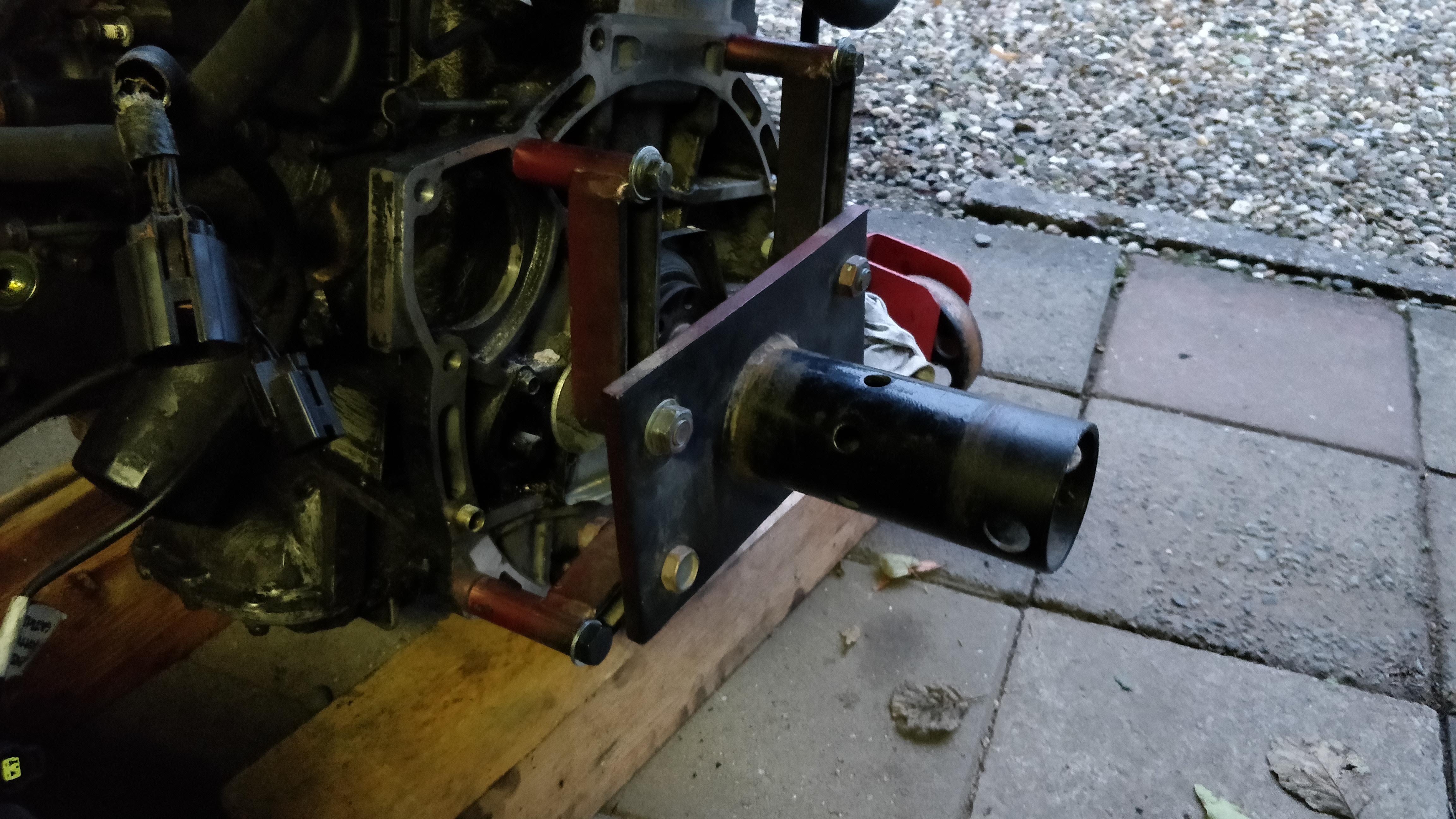 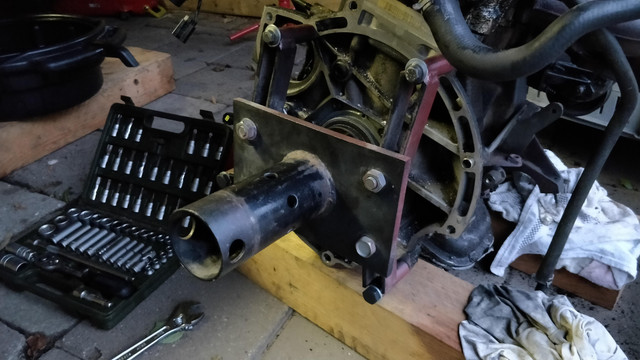 I would not be worried about those bolts
0 x
Cougar nut, wanting a Puma to match the Cougars, waiting out the absurd 25 year import limit for the USA
Semper Purrisimo
Top

Hi folks! Today I have a couple of pics for you to show my progress. The 1.7 in now on an engine stand, and we removed all major parts to get good access to clean the engine. This was neccessary, the engine was really dirty.

And here she is! As you can see, we cleaned a major part of the engine, but there are still some areas to work on. We have decided to leave the cambelt as it is, as it has been replaced recently (the belt itself is in good state and the tensioner looks like it is new). 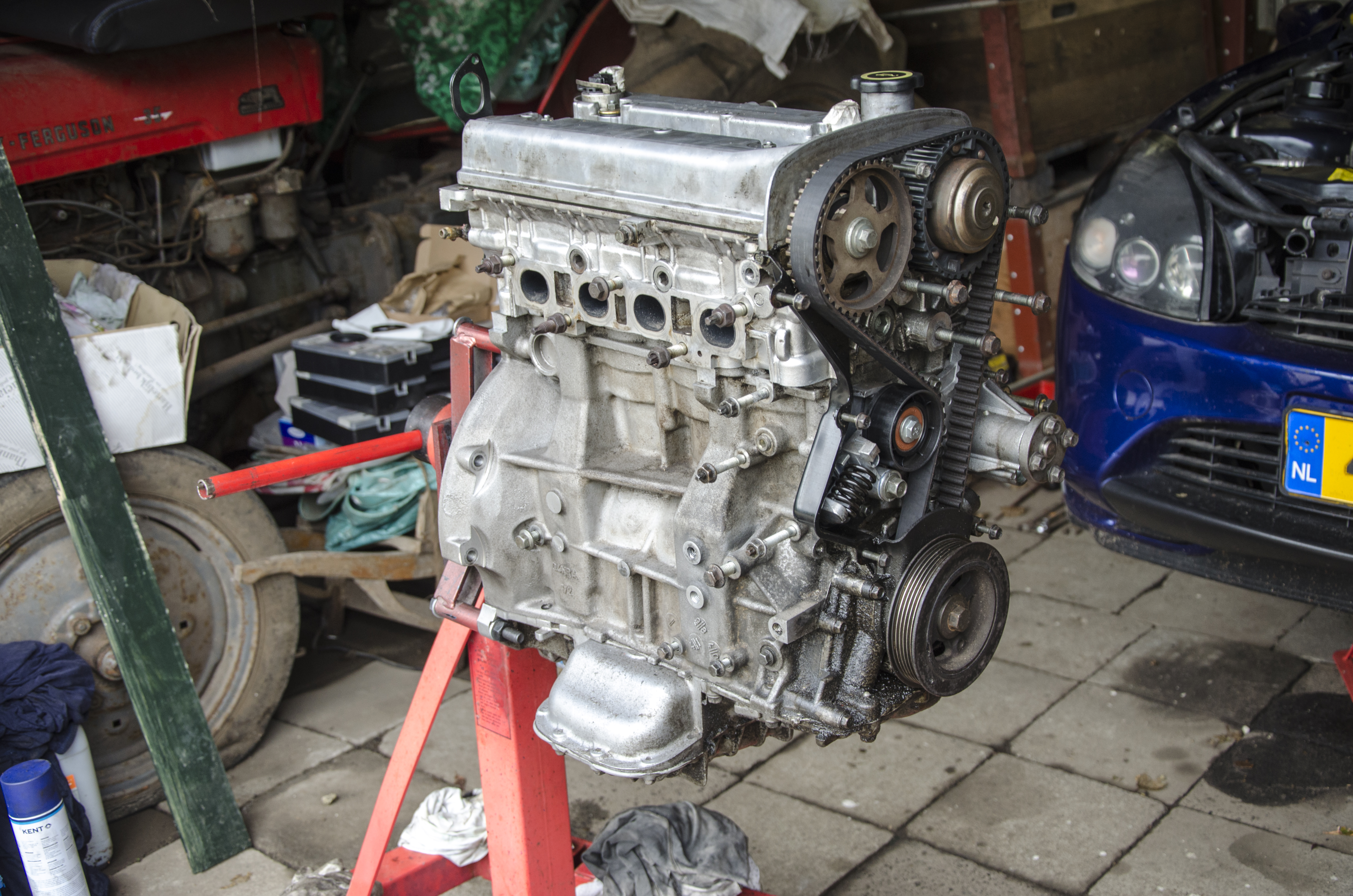 Below is a detail shot. You can see the difference between the area which has been cleaned and the area which hasn't been cleaned yet. And while we on the subject of the oil sump, as you can see the drain plug is still in. This is because the sucker won't let go, it's completely stuck and the bolt is rounded on two sides. I have ordered a bolt remover set with special extra-grip sockets to hopefully force it out. 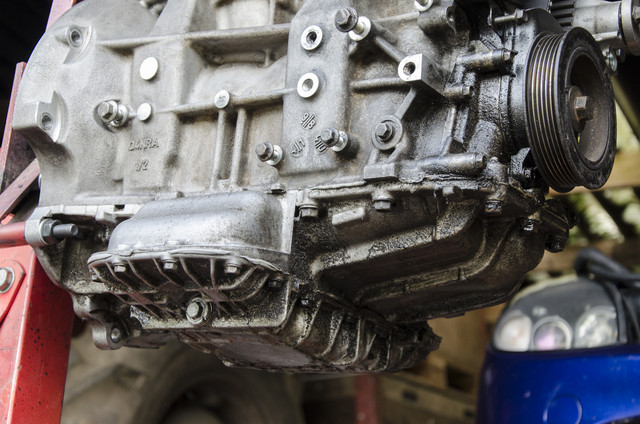 And this is how the garage looks like now. Behind the engine is my Puma 1.6, which is going to swapped for the 1.7. We are working on getting the 1.6 out, this will probably happen in the next couple of days. 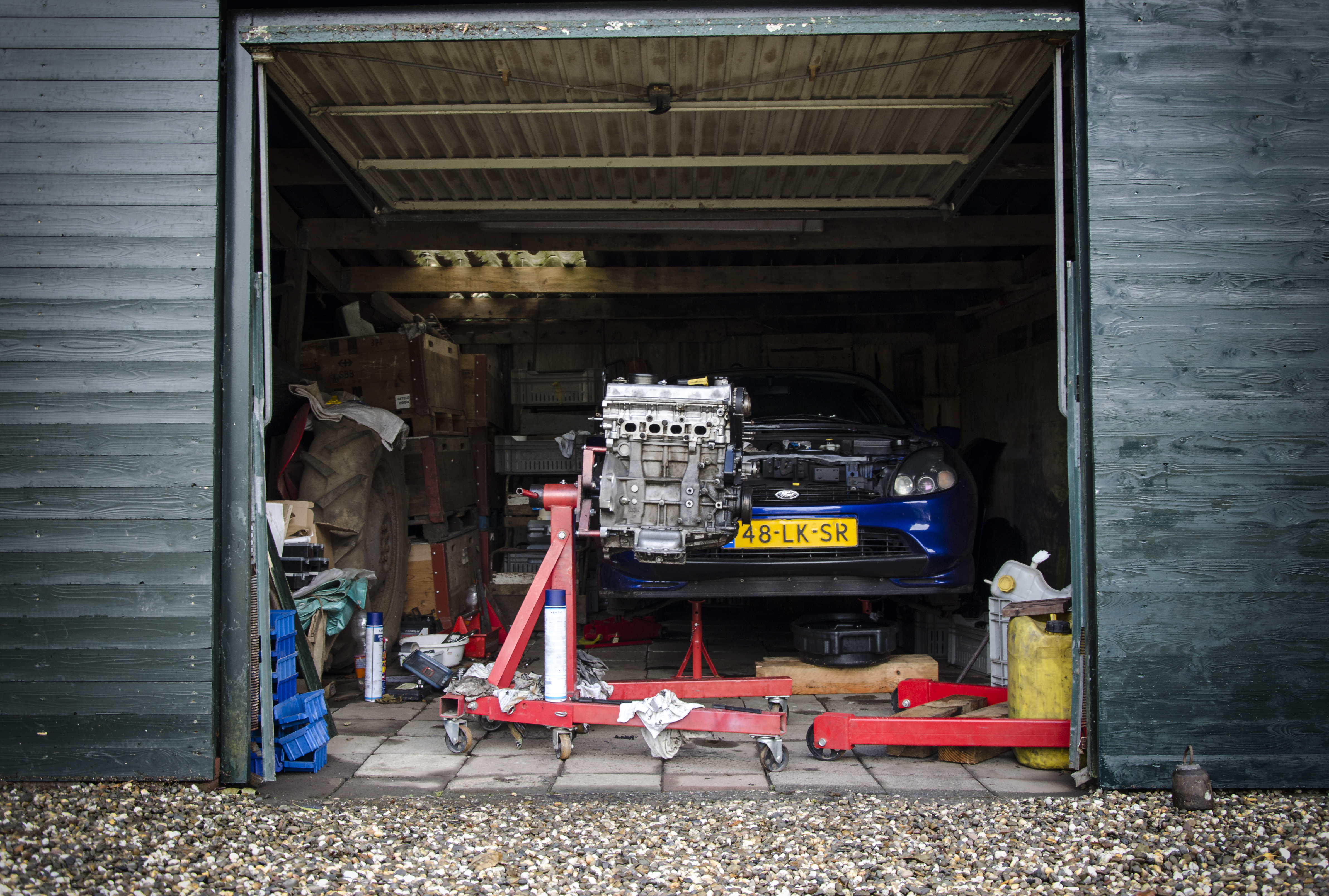 A small tip for rounded bolts is to weld a nut on the head of the bolt and then unscrew using the nut.